Home » Hydration » Why Do I Feel Nauseous After Running?

Why Do I Feel Nauseous After Running?

If you have dealt with nausea or vomiting after a run, you’re not alone.

Many runners have experienced the same problem. In fact, one study of ultra-marathon runners found that 89% had dealt with nausea and 22% with vomiting.

Another study found that in two 100-mile ultra-marathons, nausea and/or vomiting were the two main reasons for not finishing the race. They were the leading cause for impacting race performance, excluding blisters. In some cases, this is the result of extreme exertion. But there can be other causes you should be aware of as a runner.

If you’ve been trying to figure out how to deal with nausea after running, this article is for you. We’ll discuss why some runners feel ill after or during a run, as well as what to do if you feel sick when running. 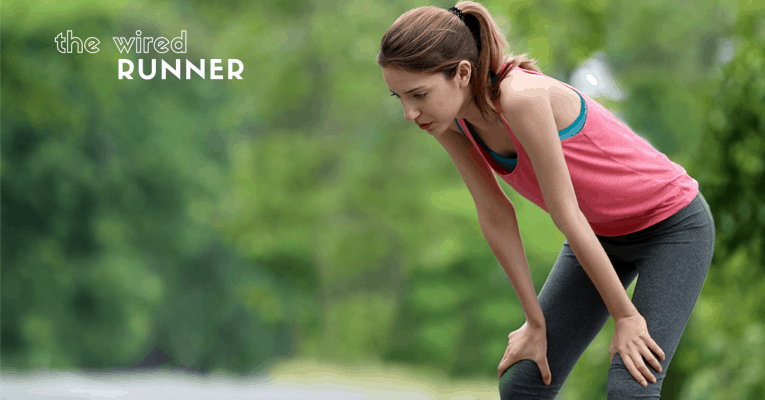 Why Do I Feel Nauseated During or After a Run?

Nausea can have a variety of causes, so it’s important to figure out what exactly is causing your nausea. Most times, it isn’t serious, so that’s good. It’s just very uncomfortable. Every runner wants to avoid that feeling as much as possible.

Nausea is more common after very hard workouts because intense exercise can reduce the flow of blood to your digestive system.

In other words, your stomach doesn’t get as much blood while running. It has to go elsewhere. As a result, your digestive system doesn’t function well when you run.

If you already have a more sensitive stomach, you might be a more likely candidate for nausea. During or after a run, things already are more likely to upset your stomach.

If that’s the case, you might want to see a doctor to figure out what you can do to make running more comfortable.

Eating the Wrong Food or Beverage Before Your Run

This culprit is probably the most common reason runners feel nauseated during or after a run. Not allowing for enough time between when your last meal (especially if it was a full meal) and your run can lead to nausea.

Although it’s okay to eat something small before a run (like a banana), you definitely don’t want to eat less than an hour before you plan to run. This is doubly true if it’s going to be a hard workout.

Let’s call it triply true if you’ve just eaten fried or fatty foods. You definitely want to give your stomach at least two hours to digest that food. If you do decide to run, there will be less blood going to your stomach, making it harder to digest what’s in there.

It’s pretty easy to find out if your nausea is due to dehydration. Pinch the skin on the back of your hand. Does it “snap” back into place quickly? If the answer is no, then you’re dehydrated. Have some water and see if the nausea subsides.

During long runs, there can be an imbalance between salt and water. This can cause nausea, especially if it’s hot and humid. If you haven’t had enough water recently, that might be the cause.

Although this is much less likely, runners can also suffer from nausea due to drinking too much water. Make sure that you know exactly what your body needs in terms of hydration. Know when and where you’ll get water during your runs.

Sports drinks and gels are great options to replace the sodium and carbs that you lose running. Don’t over do it, though. These products are designed to be consumed in small, measured quantities. One works wonders. Two at a time might cause problems. Make sure that you aren’t putting too much sugar in your body, especially if you’re hypoglycemic.

Often, nausea due to a sports drink or gels occurs when you combine the two, filling your stomach with sugar. To cut down on sugar, you can either take them separately, make your own Gatorade with less sugar, and use natural items instead of gels (like dried fruit or nuts).

Different runners react differently to sports drinks and gels, and some products may make some people ill. You’ll need to experiment to see what works for you. And once you find it, don’t deviate, especially on race day.

Too many runners skip the cool down. Don’t be that runner. You really need to cool down to give your body a chance to recover from the workout. It helps slow your heart rate down and get your body ready for your normal daily activities. 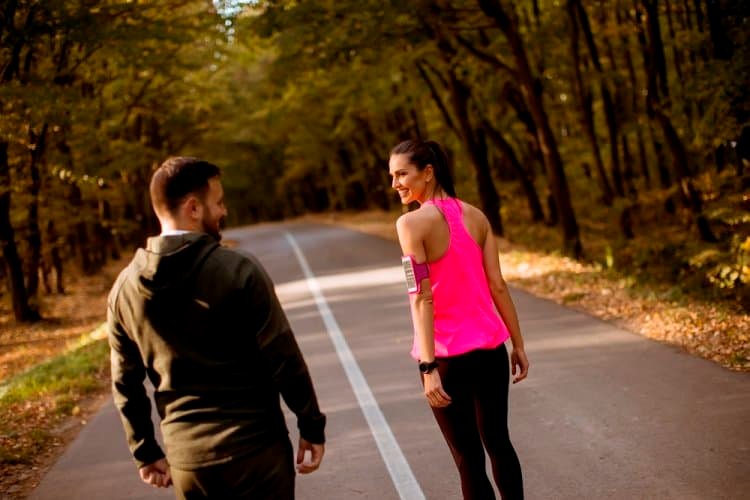 Stopping immediately after a hard run or race can make you dizzy and lightheaded, leading to nausea. Instead of sitting down (no matter how much you want to do it), make sure that you move around. Your body will thank you.

Even 5-10 minutes of a light jog or a walk will be plenty of time for a cool down. If you’re suffering nausea after your run, this might settle your stomach. If you’ve been dealing with nausea and haven’t been doing a cool down, that’s probably the cause.

Weather is Too Hot

When it’s really hot outside, you’re a greater candidate for dehydration. As a result, you have a higher likelihood to feel nauseated.

If it’s the dog days of summer, it’s best to run early in the morning, run indoors, or reduce the intensity or distance of your run to avoid nausea (and dehydration).

Sometimes you can feel nauseated because you pushed yourself too hard. This typically is connected to another reason as well. Maybe you ate something that didn’t agree with you, and doing a hard workout just exacerbated this.

However, it could also be that you were working out at a more challenging pace than your body was ready for. Pushing extremely hard can lead to nausea. If you haven’t dealt with nausea before but then did after running with your fast friend, you probably worked yourself too hard.

What Should I Do When I Feel Ill?

When you feel nauseated will determine what you need to do in response.

First, get some water to sip. Operative word: sip. You don’t want to chug it – so much water all at once could make you feel even more nauseated. If you’re hot, cool yourself down with ice or a cooling towel.

If you need to, sit down until the nausea goes away. Ideally, you’ll have someone there to help you out as you try to recover from your nausea. Don’t do anything suddenly because there’s a good chance that you’ll throw up.

If you have gotten nauseated in the past or it’s been a more recent occurrence, make sure to walk and cool down after you run if you haven’t been doing that.

When you’re feeling nauseated before you run, you should skip the run, at least for now. If it’s in the morning, see how you’re feeling in the afternoon. Later, if things are better, you should be okay to run if you take it easy.

But if you’re still feeling nauseated, then it’s time to take the day off. Feeling nauseated before a run could be a sign that you’re coming down with an illness and you want to give your body time to rest and fight it off.

Feeling nauseated is never fun, especially if you abhor the idea of vomiting. So it can be a shock when you feel it during or after a run. Fortunately, it’s very preventable if you follow these tips.

Making sure that you’re properly hydrated, haven’t eaten recently, are taking the time for a proper cool down, and aren’t coming down with an illness is important to ensure that you don’t feel nauseated after running.

The Best and Worst Exercises for Hip Pain