Home » Beginners » Why Do I Feel Bloated After Running?

Why Do I Feel Bloated After Running?

We’ll talk about how common it is, why it happens, and ways to prevent it. If you’ve experienced a bout of feeling bloated after runs, hopefully by the end of this article you’ll know how to correct it! 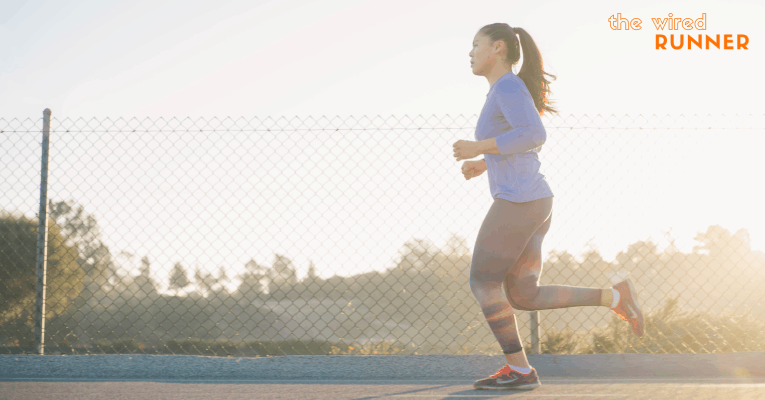 Is It Common to Feel Bloated After a Run?

Yes, it is, so don’t worry! You’re not alone. Everyone brings in more air than usual while exercising. And it can get trapped inside if you aren’t exhaling properly. This is known as bloating, distended stomach, or runner’s stomach.

Bloating is most common just after an intense run or workout. Have you just gotten back into running, or are you consuming the wrong foods or hydrating poorly? This can exacerbate the problem.

What’s Making Me Feel So Bloated?

You can feel bloated for a variety of reasons. If none of the reasons below immediately sticks out to you, try experimenting to see which one might be impacting you.

It’s easy to forget that air has volume and mass. In other words, it takes up space. It seems obvious to say that you need to exhale the same amount of air that you inhale.

But it’s fairly common that runners don’t do this. Not breathing properly – in particular, not exhaling enough – traps air inside you. This is going to give you a puffy tummy, which isn’t exactly what you would expect after a run!

Eating Too Close to Your Run

You can also feel bloated after a run if you eat too soon before your run. Because your body has to divert blood toward your legs and arms during exercise, digestion can slow down. The body doesn’t have the blood it needs to go toward the stomach. This can leave you feeling bloated and sloshy.

If you’re taking certain medications, you also might be more likely to experience bloating. Medicines like birth control promote water retention after running, meaning that you’re going to feel bloated.

Finally, you might be feeling bloated because your body has triggered the adrenal gland and has released cortisol, which in turn tells your body to retain water. Water retention often leads to bloating.

If you’ve been away from running for a while and are just getting back into it, or if you’re a new runner, this is likely the reason you feel bloated after a run.

How Can I Stop Feeling Bloated After a Run?

The best way to deal with bloating is to make sure that you’re fostering healthy habits and routines.

Eat Clean Before You Run

Even non-runners can tell you that what you eat can impact how bloated you feel later on. Don’t just dash off for a run after a meal. Give yourself the time to digest the food. 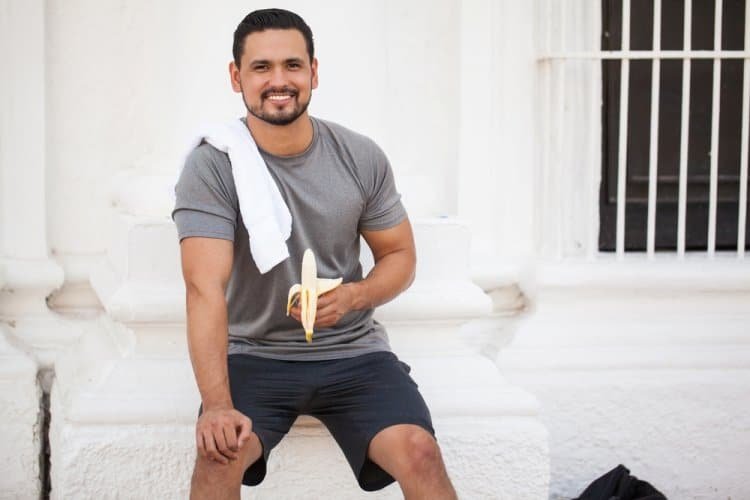 Additionally, avoid heavy or spicy foods, highly processed foods, foods that are high in fiber, and caffeine or alcohol. These are all products that are challenging for your body to digest, causing your body to retain more water than necessary.

Be Smart During Your Run

When you’re running, make sure to avoid taking in extra air by practicing proper breathing techniques and stopping to drink and fuel. Bloating can be caused by eating on the go or too quickly. Take the extra 10 seconds to stop and drink, even during a race.

Also, if you’re pushing yourself too hard, you’re more likely to experience bloating. Slow down if necessary so that you don’t overexert yourself. And if you’re just getting back into running or starting as a new runner, you might need to give your body a week or two to get used to running.

If your body is in a stressed state, you’re not going to be getting the most from your runs and your body is going to be releasing cortisol, causing more water retention than normal. If it keeps happening, maybe take an extra rest day or do something else to relax.

Make sure that you’re properly hydrated before, during, and after a run. When your body warms up, that slows down digestion, meaning that you’ll experience bloating.

You’ll also want to make sure that your sodium levels aren’t too low and that you’re getting the electrolytes your body needs.

And if you love carbonated beverages, you might want to forego those too because the bubbles have carbon dioxide, which releases a gas in your stomach after you drink them. It’s just temporary, but won’t lead to a comfortable run or post-run.

As mentioned above, certain medications can cause bloating. In some cases, they encourage your body to retain water to help cope with the fact that they can make you sweat or urinate more.

NSAIDS like Advil and antidepressants in particular are common culprits. If you’re on any prescription medications, you’ll want to talk with your doctor to see if bloating can be a side effect.

If you’ve tried a variety of different tips to make the bloating go away and it’s still an issue, you could have a food intolerance. Not all causes of bloating are connected to working out.

If you are dealing with bloating regularly, start keeping notes. Is there a food that always seems to be the culprit? You might also want to see a specialist who can help you figure out the best steps for going forward.

While this doesn’t address the cause of your bloating, it will help you feel better naturally and likely more quickly than if you did nothing.

Try drinking a tea that will help with bloating like peppermint, lemon balm or lemon ginger, dandelion root, or any tea that says “stomach ease.”

Peppermint tea is likely going to be your best option as many people have that tea somewhere in the pantry and it’s a more common tea than some of the others.

Bloating is never fun, but remember the phrase, “This too shall pass.” You don’t need to worry about it too much because it usually disappears on its own. But if it’s happening a lot, you might want to do some detective work to figure out if you can address the underlying cause.