Home » Injuries » What Is RED-S and How Could It Be Affecting You?

What Is RED-S and How Could It Be Affecting You?

As runners, we often discuss injury prevention, eating the right food, staying hydrated, and all the things that help us in achieving the best possible performance we can.

What we don’t often talk about is when the pressure of performance leads to negative effects on our health.

The fitness culture is guilty of pushing runners to do more, train more, push more, and eat less, sleep less, and pay less attention to how the body feels. But this trend can have extremely damaging and long-lasting effects on the body.

One outcome of this could be the syndrome known as RED-S.

Let’s dive into this potentially dangerous condition, the warning signs to look out for, and how to prevent it from happening to you. 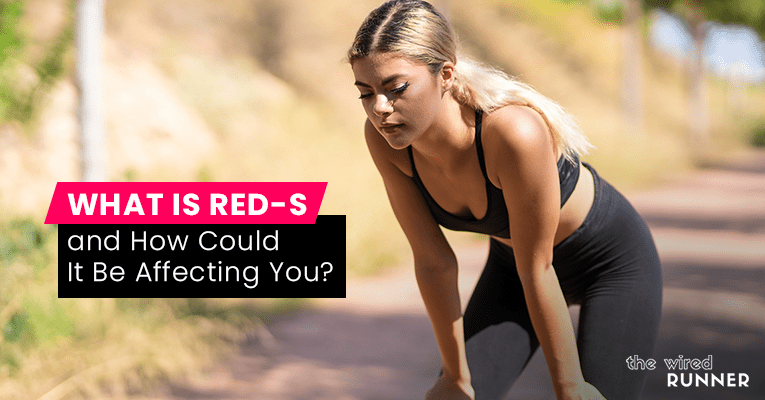 RED-S is short for relative energy deficiency in sport.

It’s a syndrome featuring a set of very specific symptoms and signs. Some might even consider it to be a type of eating disorder, as food (or lack of it) plays a large role in the condition.

In simple terms, relative energy deficiency is exactly what it sounds like. It means the sufferer has an imbalance in how much energy goes in, and how much they expend.

In even simpler terms, RED-S is a case of chronic undernourishment.

How Does It Happen?

The food we eat offers us a certain amount of calories in a day. Moving, breathing, walking around the office or house, and exercising all burn those calories. This is where the energy balance comes in – energy in, energy out.

In a normal, healthy person (athlete or not), these two should balance each other out pretty well. Athletes often track their calories, to be sure that what they’re taking in and what they’re expending is equal.

When athletes want to burn fat, they’ll consciously structure their diet so that they’re burning slightly more calories than they’re ingesting. In this way, the body makes up the deficit by burning body fat instead of the nutrients that have come from the day’s food.

RED-S is when a person’s energy intake is much lower than their expenditure, for a prolonged period of time. This means the body isn’t getting the nutrition it needs, which can have a significant negative effect on the immune system.

Basically, your body begins to shut down functions and processes that it deems to be not necessary for survival.

That sounds serious and scary, and it actually is cause for concern! Your body is essentially entering survival mode because it can’t sustain itself on the energy it’s getting in.

What is the Female Athlete Triad?

RED-S used to be known as the Female Athlete Triad. It was initially observed in women, with three specific symptoms: decreased energy, low bone mineral density, and menstrual problems (or lack of a menstrual cycle).

It took a while for scientists to realize that this condition can affect men as much as it can women. It also has many more signs than just those three, but they’re subtle and can be easily missed.

In men, it tends to present with a decreased libido and a reduction in bone density, which can lead to weakness and easy bone breaks.

What Are the Signs of RED-S?

RED-S can display a range of different symptoms, many physical, but even some psychological. The danger of these signs is that they’re very subtle, and they can easily be dismissed as something else.

This is one of the most common symptoms of RED-S. Constant but unexplained flu-like symptoms are one of the first things to show up when the immune system isn’t being well-nourished.

When the immune system isn’t being supported by what you’re feeding it, you’re at an increased risk of catching a cold and picking up viral infections. Your body also doesn’t heal as well, so you’re likely to be stuck with sniffles and a cough that lasts for much longer than they should.

The longer the immune system is suppressed, the more other systems become affected. When the endocrine system begins to shut down, hormones aren’t distributed properly which can be hugely problematic for young runners as they’re still growing. 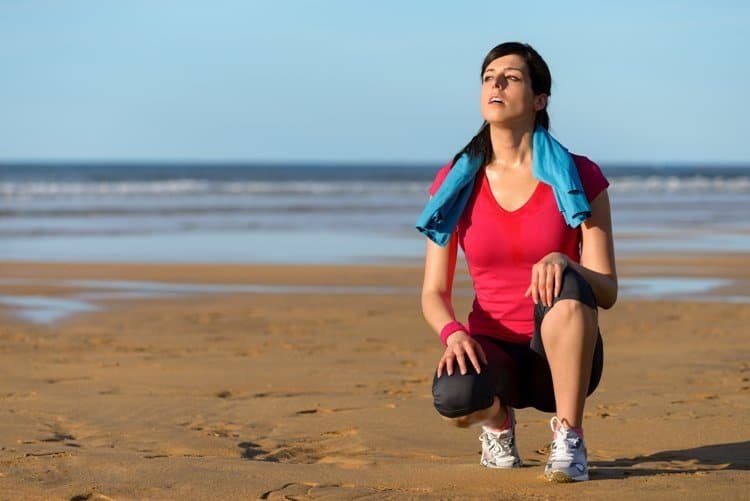 It also means that wounds and illnesses don’t heal as quickly as they should. A simple cold can turn into a prolonged infection, and a small cut can become infected easily and linger for much longer than usual.

Part of the knock-on effect can be gastrointestinal. When the body isn’t getting the energy it needs, it slows the digestive process down. This can lead to IBS-like symptoms, bloating, gassiness, and discomfort in the abdominal area.

It can also result in the body not absorbing nutrients efficiently. So the few nutrients that are being ingested aren’t being absorbed properly, which puts the body even further behind.

Chronic, inexplicable fatigue can plague those with RED-S. This can be extremely hard to pinpoint, especially as this condition tends to affect those who are putting in a lot of hours of training.

Although many vitamins and minerals in the body are affected by RED-S, iron seems to be more affected than the others. This can lead to anemia, contribute to low energy levels, and throw other vitamins out of whack. It can also lead to…

Simply put, no period. Obviously, this only affects women with RED-S, and it’s one of the biggest red flags of the condition. In a nutshell, the body no longer has the capacity for reproductive function.

As such, it simply stops producing the cells necessary for the reproductive processes. At this point, the body is not in any condition to nourish itself, never mind a baby, so it just stops the process.

This is never a normal thing and should be looked at by a trusted medical professional. If it occurs in conjunction with other symptoms on this list, RED-S is likely.

Decreased bone density is a long-term result of RED-S. As the body becomes weaker, a lack of calcium and other vitamins and minerals in the body can contribute to the weakening of the bones.

Stress fractures are another common sign of RED-S. Osteoporosis can be a long-term effect, and there’s no way to reverse it once the damage has been done.

How to Recover from RED-S

RED-S often takes years to diagnose. It’s a result of the body being in survival mode for years, and it often comes with a deeply entrenched mental block against food and its role in life, health, and fitness.

Athletes who have been sticking to a rigid training and nutrition program for a long time are likely to find it extremely difficult to change their behavior.

Professional help is often necessary to reframe the deep beliefs around eating, training, and how the two work together.

Therapy will not only focus on shifting damaging beliefs but also introduce other healthy hobbies that don’t revolve around fitness or health.

RED-S is still a little-known condition and it’s prevalent in athletes. Unfortunately, there’s not a lot of education out there about the condition, how to prevent it, and what to do if you need help.

Pippa Woolven, a British elite athlete, suffered from RED-S for more than 5 years and had multiple misdiagnoses and shrugs from doctors. After frustration led her to research her own condition, she realized RED-S was most likely the culprit.

Woolven sought professional help and managed to overcome the mindset and physical problems caused by the syndrome.

Throughout her ordeal, she came to the realization that there was little knowledge and even less support for the condition.

Woolven founded Athletes in Balance, an organization that aims to mentor athletes suffering from the condition and lead them back to a balanced nutrition, lifestyle, and mindset.