What Is Considered Long Distance Running?

The term “long distance running” might seem a little subjective. Travel for long in runner circles, and you’ll meet everyone from dedicated 5k specialists, to marathoners, to ultra-marathoners. They’ll all claim to be “distance runners.” So what, exactly, does this term mean?

This short article will tell you everything that you need to know about long distance running.

We’ll finish by including some tips for runners, especially new ones like you, to increase your mileage so that you too can be considered a long distance runner. 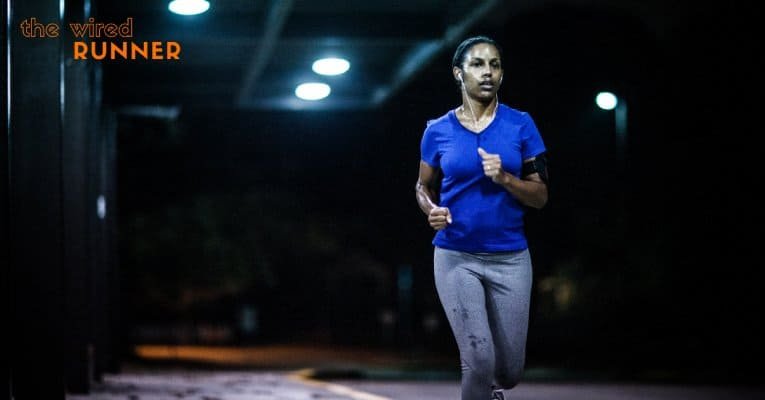 How Far Do I Have to Run to Be a Long Distance Runner?

First, a technical definition. In the world of track and field competition, anything 1500m and up is considered distance running. Sprints are anything up to 400m, and the 800m straddles the two categories. It’s too long to be a sprint, but too short to be distance.

There are a variety of other definitions out there. Wikipedia defines long distance running as any continuous run that is 3 kilometers (1.8 miles) or longer. But some runners consider 5 mile or more to be long distance.

Runtastic dodges the question by addressing what is a “long run.” They consider a long run to be 1.5-2 times longer than your average weekly run. But that’s not to say that other distances you run aren’t long distance. In other words, long distance running can vary by runner. It also lists a duration of at least an hour in order to be a “long run.”

Runners who race 5k to 10k (or 3.1 miles to 6.2 miles) definitely consider themselves long distance runners, although the 5k especially could technically be called middle distance races as compared to sprints.

My rationale is that runners who are training for middle distance races might do 7 or 8 mile runs to train if they push slightly past the 10k amount, but they aren’t going to do 10 miles. You have to be running a long distance race to do that.

Ultra-marathoners, when they talk about going out for their long run, might mean 30 miles or more.

Ultimately, long distance running varies by each runner and their ability level. When I had never run five miles before, that was a long distance for me, but now that I’ve done longer distances, I would have a higher initial number.

Do You Need to Run a Certain Pace to Be a Long Distance Runner?

All running is a combination of pace and distance. Whatever definition you land on for “long distance,” it’s determined by miles covered, not pace. Most social running groups welcome “all paces, all faces,” so your pace should never stop you from thinking of yourself as a distance runner. Get your miles in, and welcome to the club of distance runners!

Still worried about whether your pace is fast enough to call yourself a runner? Consider this woman who just received a world record for being the heaviest female to complete a marathon. I’d sure call her a distance runner, and you should, too.

What Are Some Tips If I Want to Increase My Distance?

If you have typically been running 3-5 miles per outing and want to increase your distance to become a long distance runner, you should definitely keep some pointers in mind. 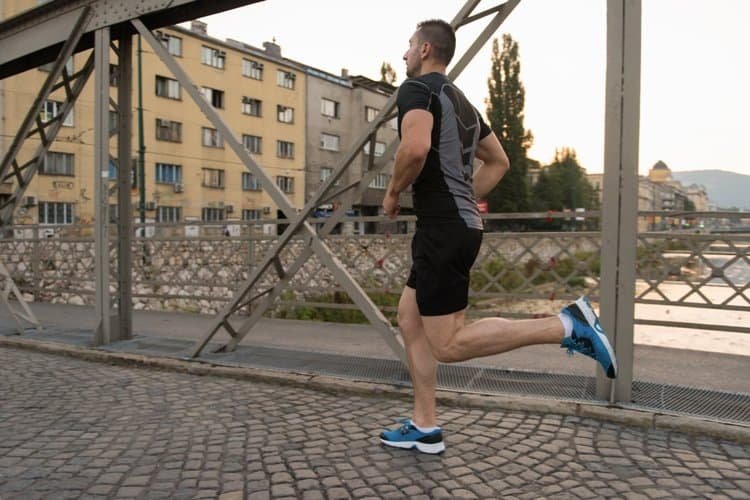 You need to give your body time to adjust to running longer distances. Typically, increasing mileage by 10% per week with 1 rest week is recommended so that you don’t injure yourself. In the example I gave above, you’d want to add an extra mile to your original mileage to increase by 10%.

As you get more comfortable at running long distances, you can gradually increase the mileage, taking rest weeks, so that you don’t overstrain your body and work up to that 40-mile weekly mileage.

Just run whatever feels comfortable to you on your long runs. You’ll gradually get faster. Don’t expect to run your typical pace when increasing mileage, because you will be sorely disappointed.

When I decided to run a half marathon last year, I couldn’t even run a mile at a time without stopping. But I decided I was going to do it. I gave myself five months to train, and slowly worked up to the 13.1 mile amount.

I started just doing 1-mile runs three days a week with rest days in between. Then I added 2-mile runs. Then I moved up to 3 miles and so forth. By the end of my training before the taper, I was doing 30-40 miles a week, whereas I started at a total of 3 miles a week.

One of my runner friends had put together the training plan for me. I liked it because every couple of weeks I was “leveling up” to a new distance, which gave me something to aim for and achieve.

However, since it was spread over a long duration, I had plenty of time to adjust and to work up to long distances. It was always encouraging when I could say, “This is the first time I’ve run x number of miles.”

Get Your Head in the Game

Although running is definitely physical, sometimes it’s the mental aspect that is harder. It’s important to use motivation tricks to overcome mental barriers. This is especially true for long distance runs, because you’ll likely be on your feet for over an hour.

My go-to motivation trick is to think about all the things I’m grateful for and to smile because it makes me feel calmer and happy in general. It’s a privilege that I get to run because not everybody can.

If I don’t feel like I can run any more, I tell myself, “That’s fine. Just get to that telephone pole or house that is a little ways ahead.” Typically, by the time I get to the house or telephone pole, I’m ready to keep pushing. If not, that might be a clue that my body needs rest. 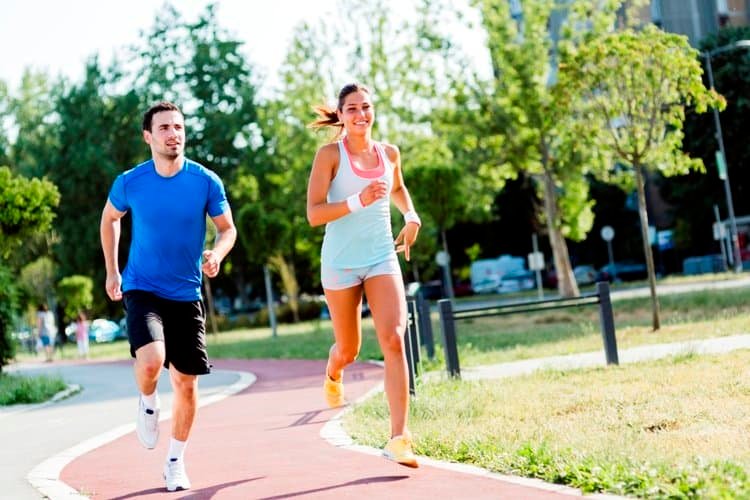 Finally, running with other people always makes it better. The miles will fly by if you’re with someone else who runs roughly your pace. If you want to get a little faster, run with someone who runs a bit faster than you but who is willing to slow down if needed.

I know what got me through my half marathon training plan last year were the rest days. I knew that I could push through the runs because soon there would be a rest day and I wouldn’t have to do any runs at all.

Cross-training days also have a similar function. They give you some variety. Figure out something that you’d like to try and would be fun for you on your non-running days. For example, I love assisted weights, so that’s a great cross-training option for me.

You can also take classes that you’re interested in, like Zumba or kickboxing. Or use it as an excuse to head to the pool. Swimming is a great, low-impact cross-training option. But ultimately, you should do something that you love and would look forward to.

You don’t want to neglect cross-training and rest days. They are important for building overall strength and fitness and giving your body time to rest and recover.

While the definition of long distance running is a little vague, what is clear is that it’s something that you’ll have to work up to if you haven’t been running long distances. As you start to run farther, you might discover that what you used to consider a long run is a short run now!

Remember: it’s okay if you don’t see yourself as a long distance runner. Some people gravitate to shorter races, and that’s totally fine! Do what you love.

If you love to push hard, don’t like the idea of running over an hour, and love speedwork, you might enjoy 5k/10k races more than longer events. If you want to explore the outer bounds of human endurance, then maybe you have a 100-miler in your future.

While I’ve run 5k/10k races and enjoyed them, I prefer long distance races. My favorite thus far was a 10-mile race on the beach. It was killer for my calves, I had to dodge the tide, and it was cold, but I loved it.

Figure out what you love, and, if that’s long distance running, great! But if not, be the best 5k/10k runner that you can be!