Home » Dogs » What Is Canicross – How To Get Started

What Is Canicross – How To Get Started

If you’ve ever thought about running with your dog and want to do it a bit more seriously, there is canicross. You’ve probably never heard of that word before, but we’ll cover that in this article.

All you need to start with is a human and a dog. If you have those two things, then this article is for you!

First of all, what in the world is “canicross?” In short, it’s cross country running with dogs. Because it is dog-powered, the dogs are harnessed, and the dog and human run as a team. From behind, the human is the driver who directs the dog with oral commands. 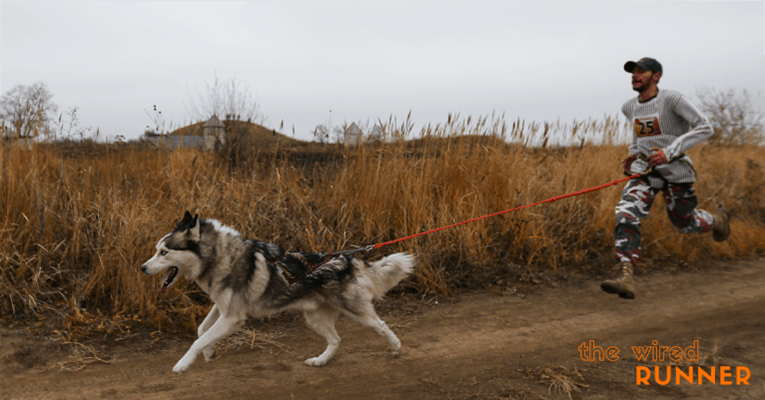 Dogs have been pulling sleds for thousands of years, but canicross is more recent. It began in Europe as off-season training for the sledding—also known as mushing—community. Now, it is popular as a stand-alone sport.

The first canicross event in the United KIngdom occurred in 2000. By October 2012, CaniX UK hosted the first European Canicross Championships. Canicross is particularly popular in the UK and Europe.

While most people, especially newbies, will canicross with one dog, you can run canicross with two dogs. At first, sledding and working dogs such as huskies were the most popular, but now practically any dog can participate.

You’ll get all the benefits of running if you canicross, but there are some unique advantages to this cross-country sport in particular.

Just like humans need to exercise, dogs do too. Canicross is a great way to extend the life of your pet by promoting healthy bones, cardiovascular system, ligaments, and joints. You’ll also notice better sleep for your pup.

In addition, canicross allows a dog to get not only fit, but also mentally sharper since they are using their brain in work mode. It requires more focus than your typical dog activities like licking your foot or sleeping.

You’ll also have a closer bond with your dog. Unlike cats, most dogs like to please. They love when you give them positive attention, and canicross is a great way to do this.

In addition to all the physical benefits you’ll get from running, including a healthier body, better sleep, and improved mood and well-being, you’ll also save a lot of time, as you can combine giving your dog exercise with your workouts.

If you’ve just moved to a new area and want to make friends, canicross is a great way to do that, as you have two things in common right off the bat. Personally, I’ve found that if you’re a dog person, you tend to get along great with other dog people. 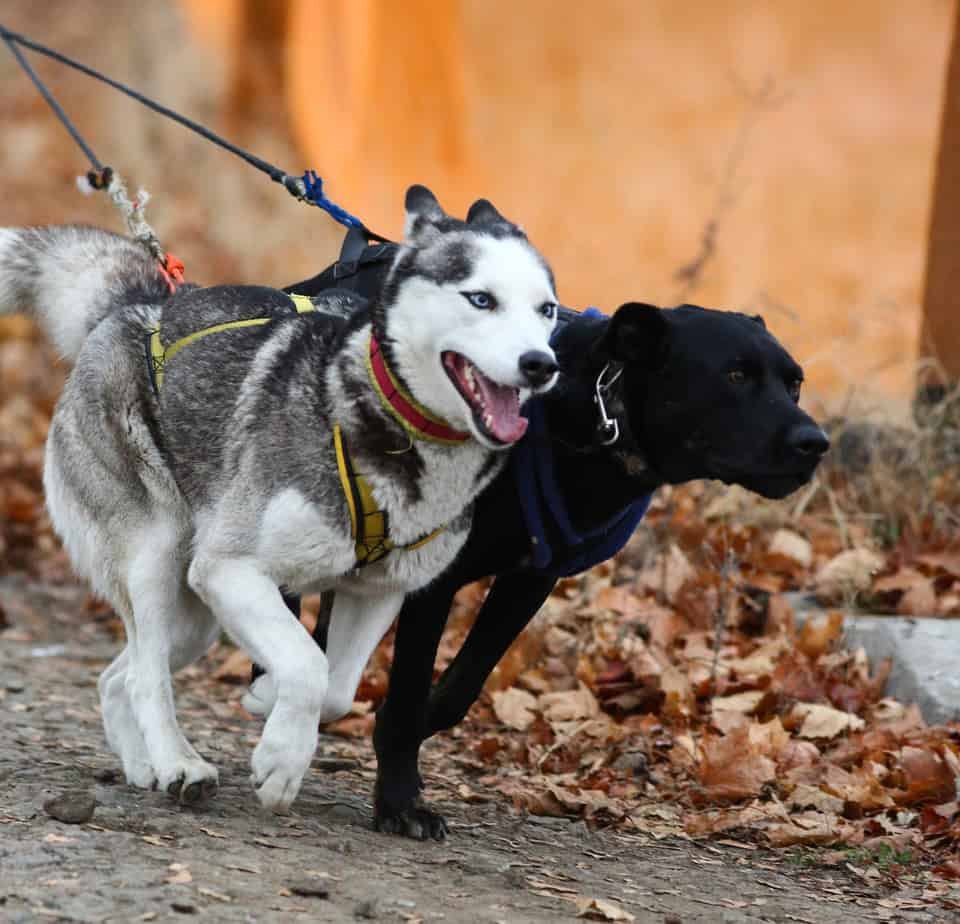 What breeds are good for canicross?

While any breed is good for canicross so long as the dog is physically fit, healthy, and the proper age, working breeds are the most popular. Typically, dogs can race after they reach 12-18 months, although you can do a little light training beforehand to get ready.

Just like humans, dogs’ bones take time to develop, and you don’t want to overwork your dog when they are still a growing puppy! You can know for sure when to start by talking to your vet.

What gear do I need?

Every sport has its proper gear, and canicross is no exception. You’ll specifically need three items: a comfortable harness that is suitable for running, a bungee line or lead, and a waist or hip belt for you, the runner. 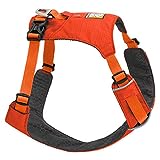 Not all harnesses are created equal, and it’s important to find one that is going to be a good fit for your pooch. You should be able to fit two fingers around your dog’s chest, neck, and waist.

Make sure that your dog can breathe! The lungs should be able to expand freely, so you probably don’t want something that is going to cover your dog’s ribs.

If you feel like you’ve found a good harness, great, but pay close attention when you start using it. If your dog is wheezing while running, you might need to get another harness. Similarly, if your pup’s movement is off, then you might need a harness that gives more freedom to the legs. 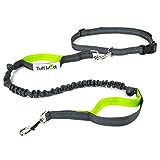 A line with bungee integration, or an elastic line to absorb shock, is critical for both you and your animal. If there’s a sudden pull (and this is common, running with a dog), the elasticity of the bungee will absorb it. Also, keep length in mind. Ideally, the line is around 6 feet at full stretch.

You don’t want it too short because it could unnecessarily pull on your dog’s back in addition to increasing your likelihood of running into Fido. If it’s too long, however, you could trip on it, which would be a disaster, or your dog has more leeway to get off the path.

In order to be able to run hands-free, you’ll need a waist or hip belt. It also makes the pull more comfortable for your dog. Your waist belt should fit comfortably around your waist with the possibility of expansion if you have to wear heavier clothing.

If you’re going to be running faster and/or your dog is strong, you might consider a hip belt with leg straps because it will keep your body upright and make the pull easier on your dog.

How to give your dog directions

Because canicross is an off-road, cross-country sport, there’s terminology that goes with it. Many canicrossers use terms to drive their dogs. Although we’ll list common commands below, remember that ultimately it’s between you and your dog.

If your dog knows what you mean and you have a consistent set of terms that you say in a consistent way, it really doesn’t matter how your directions are worded.

When you’re ready to pick up the speed or pull, you can tell your dog “hike on,” which means to use more pulling power, or “let’s go,” which means either speeding up or starting off. “Steady” will tell your dog to slow the pace while “stand/line out” indicates to your pooch that he or she should stand still facing forward.

In addition to verbal commands, you can also teach your dog how to pick up on physical differences like you running faster and your dog doing the same.

Make sure that you’re very positive when training your dog, as they want to please you and will likely work harder the more positive you are. 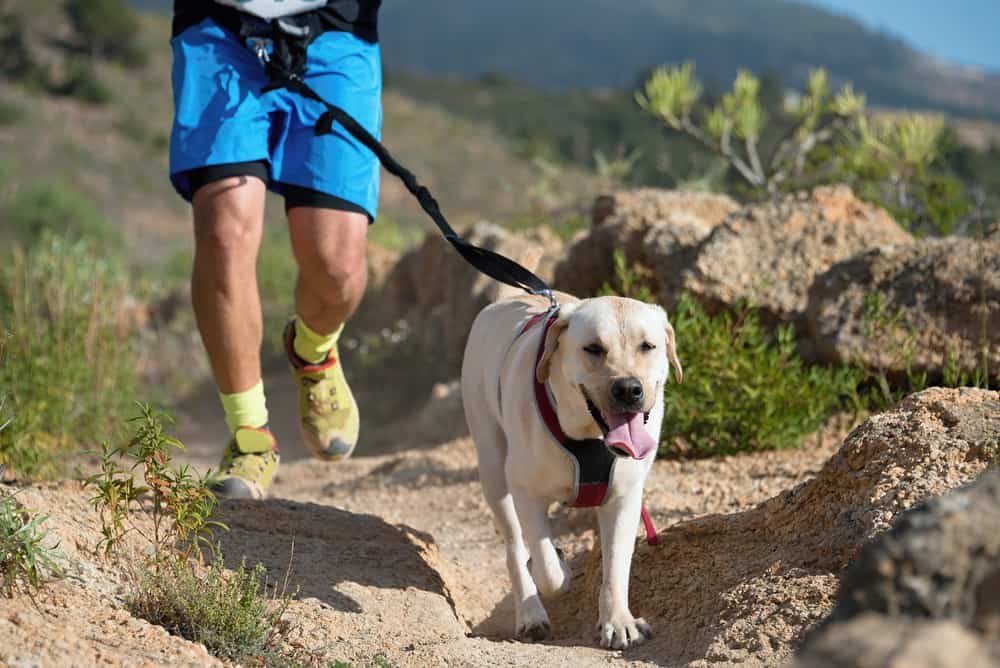 How to teach your dog to pull

Next, you’ll want to slowly add in some brief sprints, as this will teach your dog to pull into the harness. Be sure to give your pup lots of praise in this stage because it will help you later on. If your dog is having challenges, make sure that your voice is distinct and clear, indicating that you’re doing something different.

If possible, see if you can attach your dog to another trained dog. Many dogs instinctively pick up on activities that they do together as a team, especially if they are sledding or working breeds.

Obviously, this might be a little challenging if you don’t know anyone who does canicross right now, but it’s always worth reaching out to your local canicross club to see if someone would be willing to help you.

Are there canicross races?

Yes, there are, but the majority of them are in Europe! Typically, sledding organizations and canicross clubs will sponsor races, but sometimes running events allow runners to participate with their dogs.

You’ll see a variety of distances anywhere from one mile to a marathon! Obviously, it’s going to depend a lot on the dog and owner if they are both capable of the latter.

If you’re just interested in running with your dog, that’s perfectly fine, and canicross probably isn’t for you. However, if the idea of competing in a serious sport with your pet excites you, then you might want to look into canicross.

While canicross is definitely a lot more popular across the pond, there is a national organization in America called Canicross USA. On their website, you can find a list of chapters so that you can either go to the nearest one or start your own.

It probably isn’t a surprise that a lot of the clubs are in colder states like Wisconsin, Ohio, and New York. As the “spring” variant of sledding, canicross makes more sense up north! However, you will find a fair number of clubs in the South.

In short, if you’ve decided that canicross is for you, good luck! Chances are that you’ll find yourself loving this sport.

The Best Running Dogs – Top Dog Breeds To Run With