What Are Stability Running Shoes?

If you’ve stared the shoe wall at a running store or scanned running shoe websites, you’ve probably come across a type known as stability or support running shoes.

Let’s have a look at stability running shoes, how they differ from regular shoes, and who should be wearing them. 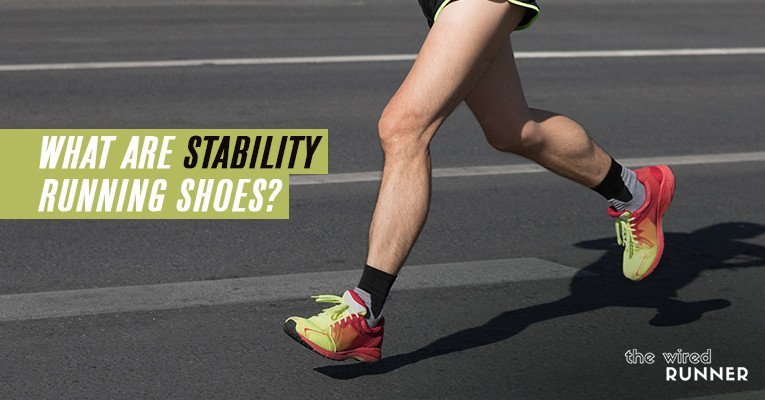 What Are Stability Running Shoes?

Stability shoes may look like standard running shoes from the outside, but they’re designed to provide extra support.

This extra support can take many forms which we’ll cover in a second, but it’s often some type of stability feature that’s built into the midsole of a shoe.

While different brands and styles of stability shoes offer support differently, they’re all designed to hold your feet in place, prevent excess inward movement, and help to keep your feet in alignment.

Who Needs a Stability Running Shoe?

This motion can place excess strain on the joints of the foot and ankle, as well as causing knee and hip joint stress as the entire leg over-rotates.

If you overpronate, a stability shoe will counteract this motion. They’re designed to provide arch support to stop that rolling motion, keeping your foot in a stable, neutral position and preventing extra strain and pain.

In most cases, overpronators have medium to low arches, also known as flat feet. In rare cases, some people with high arches may also need stability shoes, but this isn’t common.

How to Test Your Pronation Type

So how do you know if you overpronate? You can check out the bottom of your shoes to see how they’ve worn out. If there’s more wear on the inside—medial side—of the sole, you’re likely an overpronator.

An easier way to tell is to do what’s known as the wet test. Find a piece of cardboard or thick paper, wet your foot, and step onto the paper, leaving a footprint. Analyze the footprint—in particular the arch of the foot—to find your arch type.

If there’s only a thin line connecting the heel to the ball of your foot, then you most likely have a high arch. If you can see almost the entire outline of your foot on the paper, then you’ve most likely for low arches and could benefit from a stability shoe. 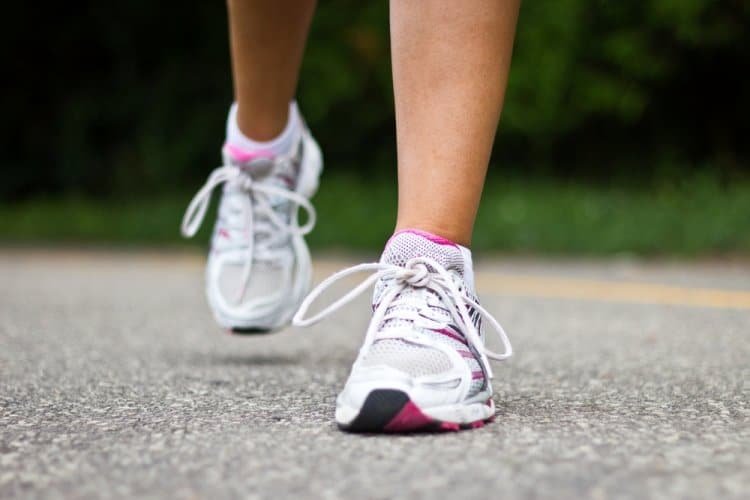 To get the most comprehensive idea, it’s worth doing both the wet test and the shoe wear test.

Stability shoes come in many types. The features in today’s stability shoes have come a long way, altered by advancing technology over time.

Medial posts are the most common and the oldest form of stability feature in shoes.

These are sections of the midsole foam that are thicker and denser than the rest, meaning when the foot rolls, the foam doesn’t compress like other parts of the midsole, stopping the foot from falling inwards.

Often, they’re referred to as dual-density foam midsoles. Although many shoe manufacturers are moving away from medial posts now, they’re definitely still around—for example, Hoka’s J-Frame is a type of medial post, as is Mizuno’s Wave Foam.

Many shoes on today’s market—even neutral shoes—feature a sturdy heel counter. This part of the shoe cups your heel, and it’s designed to prevent rearfoot movement and make every step more stable.

Strong heel counters are usually made from plastic or cardboard and are hidden inside the material of the shoe. They fit snugly around the heel and discourage side-to-side movement.

Used in conjunction with other stability features, the heel counter is an extremely valuable way of keeping the foot safely in place.

The last is the mold upon which the shoe is created. It’s the shape of the shoe when you look at the bottom of the shoe.

A straight last is designed to create a shoe that’s flat, wide, and suitable for a low arch.

It can be difficult to tell what kind of last a shoe was created on, but it’s safe to assume that many stability models are created on a straight last as it’s inherently more stable than any others.

GuideRails are a relatively new stability feature, popularized by Brooks.

They provide much lighter support than other features, and they tend to take effect only when needed, making them very unobtrusive. Even neutral-footed runners could wear a pair of shoes with GuideRails quite comfortably.

They’re simply light plastic or rubber strips along both sides of the heel. They act similarly to a heel counter, guiding the feet to stay in position and discouraging them from moving out of that alignment.

Both Brooks and Altra shoes use Guide Rails for light stability. Puma uses a similar technology that they call runGUIDE. 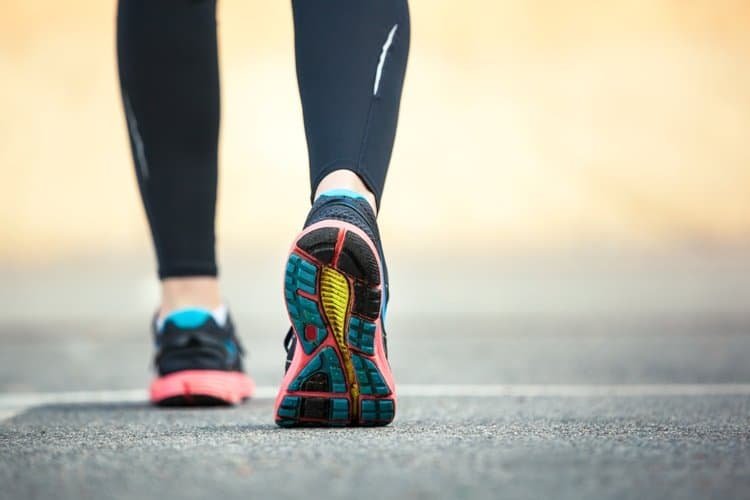 It’s important to note that GuideRails may not be supportive enough for severe overpronators. They’re great for those who suffer from mild overpronation.

A rocker bottom, despite common belief, actually adds stability to a shoe.

Thanks to its unique design, it provides stability and cushioning on ground contact, a smooth ride moving through your gait, and flexibility on the toe-off.

Some brands, like ASICS, use a Trusstic system to add stability to their shoes. This is a hard plastic bridge in the midfoot of the shoe, which is designed to prevent twisting of the foot.

It offers a solid platform for the foot to rest on and adds significant structure to the shoe.

Other stability features you may come across in various shoes include:

What’s the Difference Between Stability Shoes and Motion Control Shoes?

Motion control shoes may be heavier than stability shoes due to their superior stability features. However, they do better holding the foot in place and preventing rolling, twisting, or any instability.

Motion control shoes are also likely to be a better choice for heavier runners, due to their more robust build.

Can You Wear Stability Shoes If You Don’t Overpronate?

You can wear stability shoes if you don’t overpronate, but there would be no need. In some cases, the stability features in the shoe—medial posts, Trusstic systems, and so on—can be intrusive if you don’t need them for stability.

We don’t recommend that people with neutral feet wear motion control shoes, though. These often have stronger support features and can actually cause pain to neutral feet as they try to provide support where the feet already have natural support.

However, those with neutral feet would be able to wear shoes with lighter stability features, like Guide Rails, which only come into play when they’re needed. This can be valuable if a natural runner begins to lose their form after running many miles, as it will guide their feet back into position.

Rocker bottoms are also great choices for neutral feet, as they feel natural. Many neutral shoes already have heel counters built into them. It’s advisable for a neutral runner to think carefully about choosing a shoe that’s considered a stability shoe, but definitely not impossible for them to wear one.