Can I Wear Running Shoes Casually?

Can I wear running shoes casually? It’s a common question, and the answer truly is yes… and no.

With so many attractive styles of running shoes, it’s no wonder people want to wear them in casual situations! They’re also generally extremely comfortable, and who doesn’t want comfort while they’re shopping or hanging out with friends?

However, there are some good reasons NOT to wear your running shoes casually too. Ultimately, it’s going to depend on you and your level of activity.

Keep reading to find out if it’s a good idea or not for you! 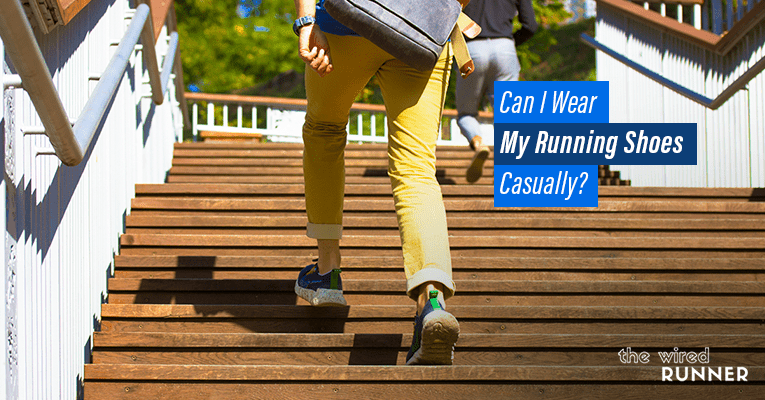 Why Do We Even Wear Running Shoes?

It might sound obvious, but the purpose of running shoes is… For you to run in. They’re designed very specifically to help you do an activity that’s higher-impact than walking, with specific features to help propel you forward.

So while walking shoes may be supportive and comfortable enough in most situations, they aren’t going to offer quite the same protection and energy return as a shoe created specifically for running.

What Is the Lifespan of Running Shoes?

Running shoes have an average lifespan of between 300 and 500 miles. Some people are just naturally harder on shoes than others, and many factors can contribute to the wear and tear a shoe incurs as you use it.

Some shoes are created to be highly durable, while others are made with less material in order to be speedier.

It also makes sense that heavier runners, runners with a non-neutral gait (overpronation or supination), and even those with poor form can expect to see a shorter shoe lifespan than others. In these cases, you may find that the cushioning falls flat after just 200 miles or so.

However, if you’re wearing the right shoes for your feet, your form is good, and you invest in high-quality shoes, you may be able to get up to 1000 miles of wear out of them before they need replacing.

So it’s pretty hard to nail down an exact number, but you can get a good idea of how long yours will last by following these guidelines!

Can You Wear Running Shoes Casually?

You can wear running shoes casually if you really want to. You can wear them pretty much anywhere you want to go: the mall, the gym, to visit a friend, and so on.

However, it makes sense that the more you wear your running shoes for things other than running, the more wear and tear they’ll develop.

That means that the next time you put them on your feet to take a jog, the cushioning is more worn out and less supportive than it was before, even if it’s just by a little bit.

So while you can wear your running shoes casually if you want to, if you want to get the best possible mileage out of them, you should stick to only running in them. 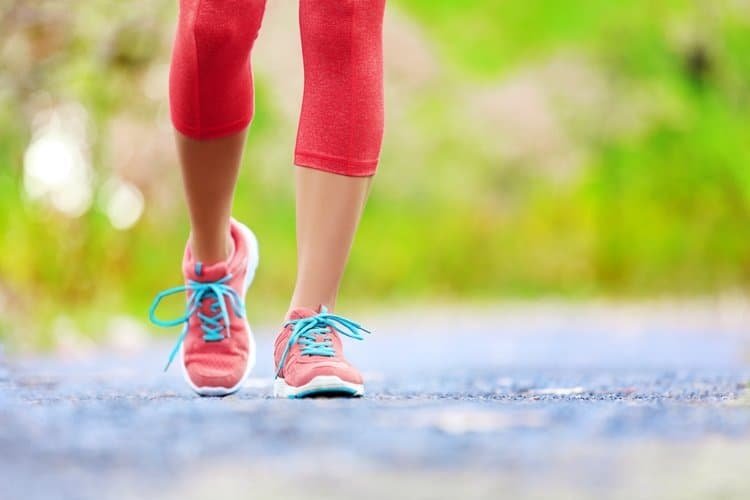 Keep in mind that running shoes are generally more expensive than regular casual shoes as well, so it’s in your best interest to take care of them!

Other Reasons Not to Wear Running Shoes Casually

Apart from general wear and tear caused by wearing your shoes all over the place, here are a few more good reasons to avoid wearing your running shoes in casual settings.

They Use Advanced Technology

Because running shoes are designed to fulfill specific purposes (ie. keep your feet safe while you’re moving at a speed and hitting the ground hard), they usually include some form of the brand’s technology to do so.

Generally, regular casual shoes don’t have these kinds of things built into them. Using your running shoes for anything other than running would be quite a waste of these fancy features that you paid more than usual for!

They Have a Cushioned Midsole

Often, casual shoes are fairly flat and don’t offer much by way of cushioning. Think of Converse! Super fashionable, but super flat too.

Running shoes, on the other hand, come with a nicely cushioned midsole. The purpose of this is to attenuate shock as you land hard on the ground with each stride.

Every time your foot lands on the ground, the midsole cushioning compresses, absorbs shock, and then bounces back. Eventually, after some time, the bounce-back begins to fade and the midsole flattens.

As you can imagine, the more often you wear your shoes, the faster the midsole foam flattens. When it begins to lose its cushion and bounce-back ability, you know it’s close to needing to be replaced.

So if you’re wearing your running shoes in casual settings, you’re causing that cushion to wear out much faster than normal.

Running shoes aren’t as affordable as casual shoes, mostly because of their innovative tech. When you buy a pair of running shoes, you should be buying decent shoes that will last you a while.

But then going out and using them for casual wear just shortens their lifespan! You’re only going to end up paying higher prices more often when replacing shoes.

If you want casual shoes, buy cheaper casual-style sneakers and stick to using them for that. But keep your running shoes for what they’re meant for, so you don’t end up wearing them out and needing to shell out another chunk of cash unnecessarily.

If you aren’t an experienced runner, you may not know that many runners often rotate their shoes. This means alternating between pairs of shoes to give your other pair a long enough break for the midsoles to recover and bounce back to where they should be. 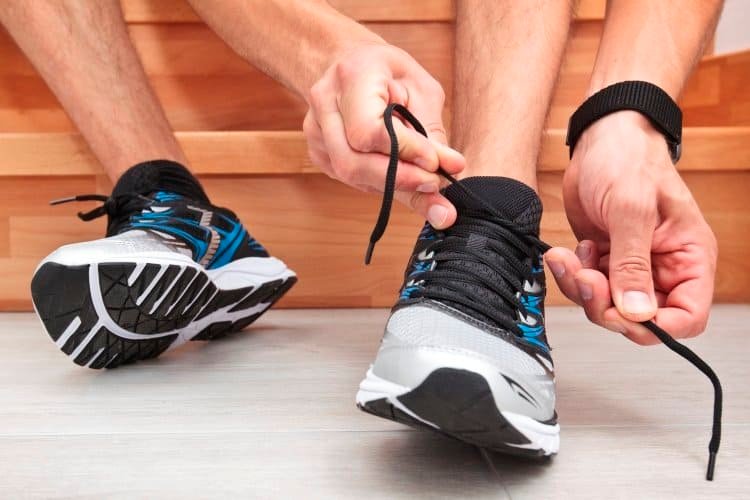 When you’re wearing your running shoes for running and everything in between running, the midsole doesn’t get that breathing space to recover. So it degrades even faster.

Not all running shoes are going to smell. But if you run a lot, your shoes absorb sweat and can be a haven for bacteria.

While you can get around this by investing in foot spray or foot powder, you kind of want to keep the sweaty shoes for running and not for wearing when you’re around friends or family.

When you buy a pair of running shoes, you should be considering their features in terms of performance and not how good they look on your feet. Sure, we all like to wear a stylish, attractive pair of shoes!

But if you’re serious about running, you should be focusing on practicality and performance over how they look.

Let’s have a quick look at the rest of the shoe, apart from the main feature, the midsole. It’s not the only element of the shoes that could be damaged by other uses.

Here are some other running shoe components that can wear out quickly or become damaged due to excessive or improper wear.

The upper on a running shoe is designed to provide a snug fit, like a hug. Wearing your shoes daily and for purposes other than running could cause the upper to stretch, which means it no longer fits tightly on your feet.

Also, the normal daily flexing of your toes can cause rubbing on the inside of the upper, eventually causing it to break down and develop holes.

A heel counter is designed to provide support in the rearfoot and prevent the heel from moving side-to-side as you run. This handy stability feature can break down if you wear the shoe too often, especially if you remove them without loosening the laces.

After the midsole, the outsole is the part of the shoe that wears out the quickest. It’s in direct contact with the ground, which means friction with hard surfaces causes it to wear down a tiny bit each time you take a step.

Most shoes have a generous layer of rubber covering the parts of the shoes that come into contact with the ground.

When this wears off, you’ll be running directly on the midsole foam. As you can imagine, wearing your shoes in between runs can lead to the outsole rubber wearing off much faster.

At this stage, it becomes unsafe to run in the shoes, as they lose their traction.