Home » Brand » Nike » Under Armour Vs Nike Running Shoes – Which Brand Is Right For You?

Under Armour Vs Nike Running Shoes – Which Brand Is Right For You?

Nike running shoes are in the news for all the right reasons lately. From their athlete-inspired technology innovations to Eliud Kipchoge (and many others) smashing records wearing their shoes, they’re holding firm to their #1 spot in the industry.

Under Armour has mostly been known as a sporting apparel brand…until recently.

They’re a newer running shoe brand than Nike. But they’re offering some good technologies, as well as playing into modern trends in aesthetics and design. They are one of only 2 brands making a “smart shoe” that can connect to a smartphone app.

But choosing the brand that is right for you will depend on your individual needs.

Both offer innovative technology and impressive cushioning. So keep reading to find out the differences between these two brands in more detail. 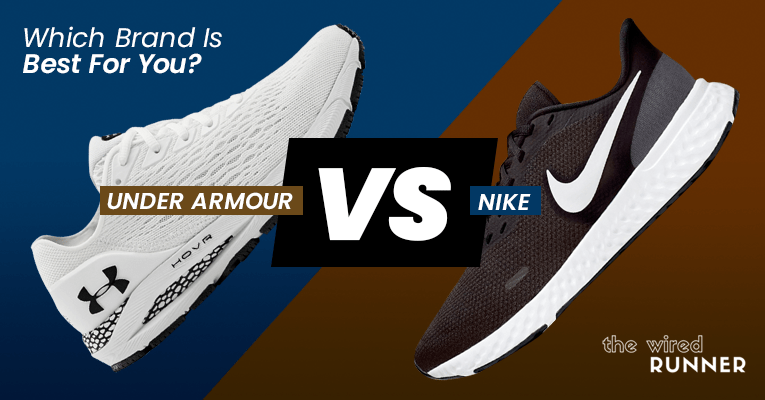 Nike is named for the Greek goddess of victory! But they weren’t always named Nike. They began in 1964 as Blue Ribbon Sports, formed by a coach and student team, Bill Bowerman and Phil Knight.

Bowerman made custom shoes for his track athletes. They became popular enough that he and Knight began selling the original Nike Cortez out of the trunks of their cars.

In 1971, the company rebranded as Nike and introduced the famous Swoosh logo. After adding basketball shoes, streetwear, and dance shoes to their collection, they soon owned 50% of the U.S. athletic shoe market.

In recent times, Nike has been known for its innovative technology and listening to what athletes really want.

Nike shoes are known to be plush and smooth, but they are also regarded as being narrow shoes.

Under Armour was formed in 1996 by 24-year-old Kevin Plank, who had been a football captain at the University of Maryland. He noticed that his compression shorts stayed much drier than his other clothing during practice, and so he created his own moisture-wicking shirts.

Like Bowerman and Knight, Plank opened shop from the trunk of his car. He spent time traveling around with his apparel and had his first success at the end of 1996. He had given shirts to friends of his who had gone on to play in the NFL, and his apparel began receiving attention. From there, UA signed contracts with various Division I football teams, and introduced a range of new technologies, increasing their sales almost 6x.

The company grew from strength to strength, producing technologically-enhanced clothing as well as acquiring a variety of other businesses, including MapMyRun and MyFitnessPal. Their running division – both shoes and apparel – are fairly recent additions.

Nike shoes use engineered mesh in their uppers. Sometimes they add FlyKnit, which uses different patterns to provide more stability or more ventilation, depending on the design of the shoe.

Nike shoes also have noticeable perforations to provide efficient airflow so your feet stay as cool and as dry as possible in a pair of Nikes.

Some Nike shoe models also use Flywire technology. This consists of strong thread-like elements in the midsole section of the upper, which helps to provide a tighter, snugger fit around the midsole for extra support and a locked-in feel. Nike shoes are known to run narrow, so keep that in mind.

Under Armour running shoes use some interesting technologies in their uppers. ClutchFit is a unique hourglass-shaped patterned fabric that has enhanced flexibility. It moves with your feet, providing both freedom and support.

MicroThread technology is another type of material Under Armour uses to make their uppers moisture-wicking and quick-drying. ThreadBorne technology increases the breathability of the upper, and SpeedForm technology creates smooth, one-piece uppers that are fused to an external heel counter.

Nike is at the forefront of technology, and as it evolves, they’re keeping up by listening to what their athletes want in a shoe. 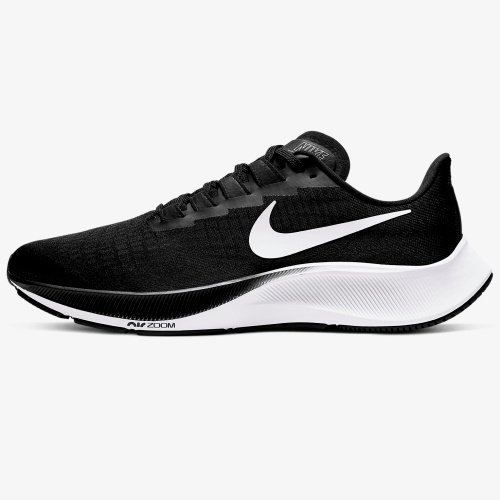 Their latest midsole offering is the injury-reducing Nike React Foam, which is lighter than ever, shock-absorbing, and provides healthy energy return, leading to Nike calling it their “most complete foam ever.”

Another common midsole component is Nike’s ZoomX foam. It’s also an incredibly lightweight foam, and it’s the primary midsole foam component in the Nike Zoom Vaporfly Elite and 4%. According to the manufacturer, it offers an amazing 85% energy return. The real innovation in the Vaporfly/Alphafly line, though, is the inclusion of a carbon fiber plate within the lightweight foam.

Under Armour’s HOVR cushioning is used in all their midsoles. Other technologies you can expect to find include Charged Cushioning, which is UA’s dual-density, shock-absorbing and rebounding technology that reduces strain on the joints and propels runners forward with less effort.

The latest midsole cushioning technology from Under Armour is Micro G, which adds cushion and propulsion without increasing weight, as well as providing better contact with the ground. This can be found on the new shoes with the Flow outsole.

Some of their shoes also have soft blown rubber in the midfoot, which helps to absorb shock as well as increase control by improving traction. The texture on the outsole provides a good grip on multiple surfaces, allowing you to run safely and confidently.

Under Armour uses a unique “all-in-one” cushioning and outsole combination called UA Flow. This is a first-of-its-kind outsole technology that has completely removed rubber from the outsole. Instead, it’s a singular-foam compound that provides support, impact absorption, and traction.

The latest outsoles are also 3D-printed, giving them a unique “lattice network” look that adds extra support and responsiveness without the weight a traditional outsole would have.

In terms of outsole durability, both Nike and Under Armour have brought out new technologies in an effort to increase the lifespan of their shoes.

Many of Nike’s shoe models go back more than 2 decades. Over time, it’s easy to see the improvements to their technologies.

Based on previous shoe models, we can make a safe assumption that Nike is the more durable of the two. But it would be a mistake to write off the new Under Armour Flow outsoles before more data is accumulated, so watch this space.

That being said, Nike’s lightweight racing shoes are known to not last as long as their more traditional running shoes.

Race-day shoes are usually much lighter weight, so the materials may break down more quickly, especially when training frequently in them. It’s advisable to save them for the day of the race.

Under Armour has introduced some innovative cushioning compounds. There’s no doubt their shoes are well-cushioned and easy on the feet. 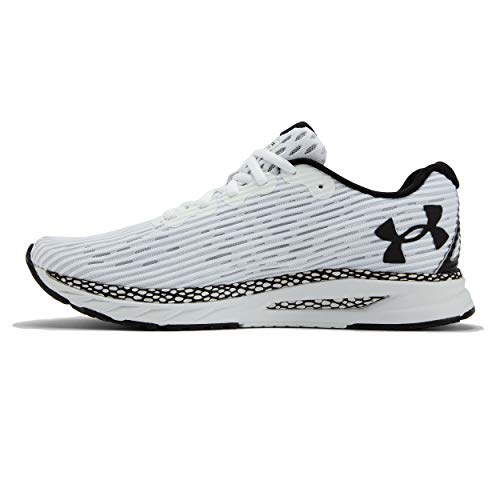 Their HOVR foam and Charged Cushioning technology provide decent shock absorption and energy return. The introduction of the Flow midsole increases the cushion.

But thanks to their variety of cushioning technologies and track record of producing record-breaking, talked-about shoes, we can again safely assume that Nike is known as the better cushioned of the two brands.

Nike shoes are known to run narrow, so you may have to order a half size up. You’ll find that the new engineered mesh upper locks your foot in securely, and if the shoe uses Flywire technology, you’ll feel it hug your foot even more supportively.

Under Armour is also known to be a snug fit. If you prefer some space to wiggle your toes, buy half a size up from your usual.

While they’re not quite as cushioned as Nike and some reviews suggest that the shoes can be a bit too firm for long distances, feedback tends to suggest that they’re comfortable for shorter runs.

Both Nike and Under Armour have a variety of shoes in different price ranges, from moderately priced to expensive. The shoe you choose will depend on your needs and what type of shoe you’re looking for exactly.

Shoes with advanced technology will be more expensive than those that are less technologically advanced. The top-of-the-range designs will naturally be more pricey, but they’ll also be the ones that provide more support and cushioning and keep your legs and feet feeling fresh.

Nike has more top-of-the-range offerings than Under Armour, but the shoe you choose to purchase will ultimately depend on your needs.

Both Nike and Under Armour offer some high-quality running shoes. In the end, your decision will depend on your needs and preferences, and neither one is the wrong choice.

Are you new to running and looking for a daily trainer with good comfort, cushioning and rebound? The Under Armour range should have something for you.

Or are you planning on training for a marathon, or are working towards a goal of increasing your speed for a race? You can’t beat Nike. Their latest cushioning and energy return technology has literally won marathons and broken records! 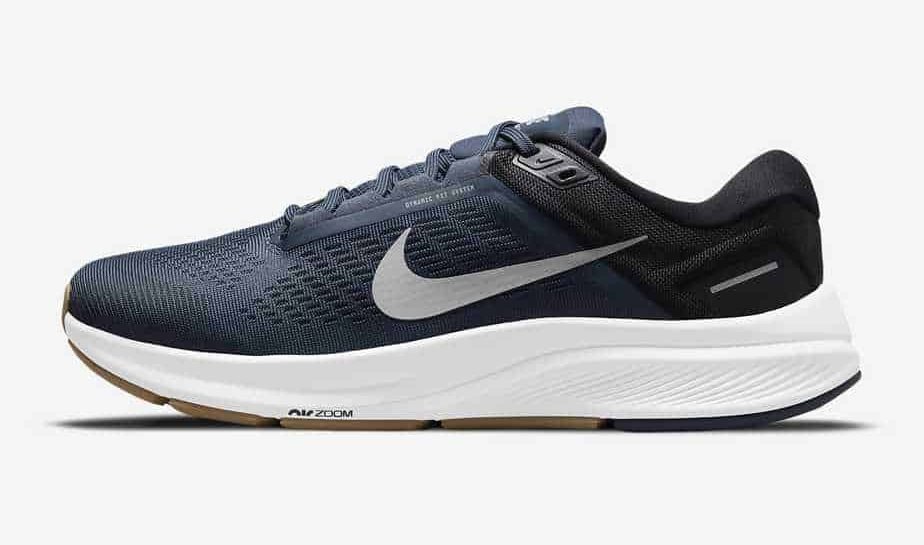 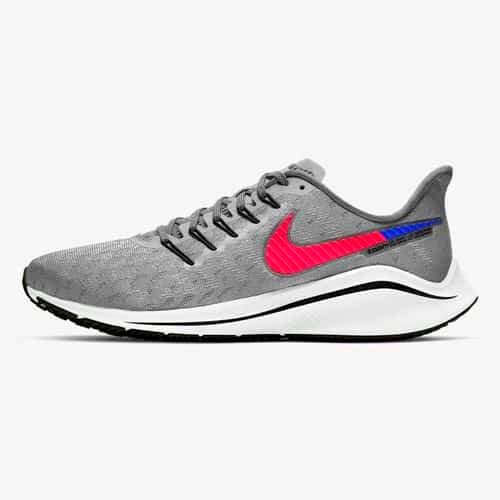 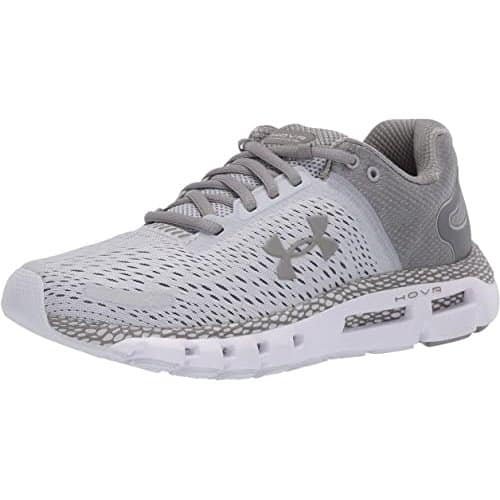 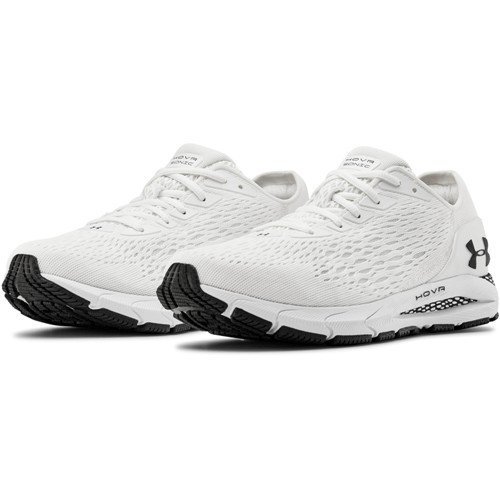 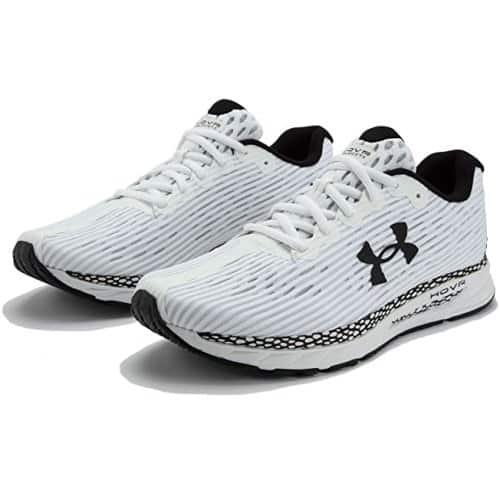