What Are Triathlon Age Groups?

One of the best things about triathlons is that you can take part no matter how old or fit you are. Whether you’re a newbie or an elite runner, there’s a place for you in a triathlon.

When you enter a triathlon, you’ll usually be placed in an age group. Although you’ll still be competing against everybody, from every age group, splitting the field into age groups offers another way for everyone to compete fairly.

Here’s what you need to know about triathlon age groups. 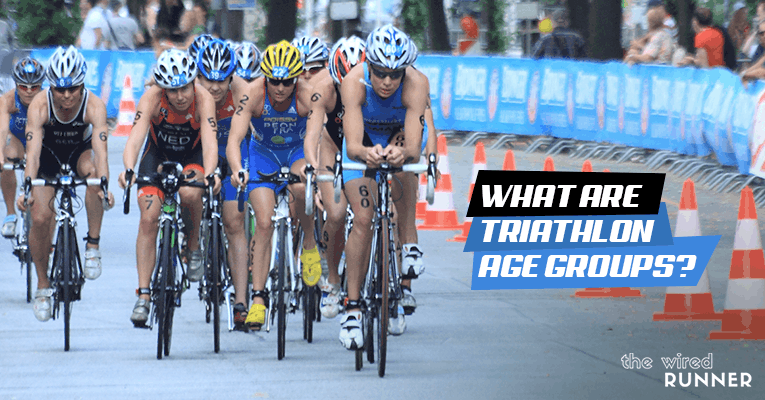 Why Are There Age Groups in Triathlons?

Age groups allow athletes to compete against others in their group and have a fair chance of being awarded for their performance, no matter how other athletes in other age groups do.

Every year, age group national champions are crowned by USA Triathlon. Athletes can win a spot on the USAT team by coming in the top 16 in their age group in the USAT “Superbowl” event.

This ensures that athletes remain competitive even as they age, keeping them fit and healthy well into their 80s even!

Are There Age Groups in All Different Triathlons?

Most triathlons are divided into age groups.

Whether you’re doing an Olympic triathlon, Ironman, or any other competitive triathlon, it’s highly likely that you’ll be assigned to an age group when you register for the event.

Smaller, more casual triathlons may choose to leave out the age groups. But these usually aren’t competitive events.

Are The Age Groups Always The Same With Each Race?

Triathlon age groups can change depending on the race. Usually, competitive triathlons will use the USAT—USA Triathlon, the National Governing Body for triathlon in the USA—guidelines for age groups.

But race organizers are still free to choose their own age groups if they wish. But usually, age groups remain fairly standard and don’t change much from event to event.

What Are The Typical Age Groups?

The typical triathlon age groups, as set out by USAT, are structured in 5-year segments to keep athletes of roughly the same ages in one group. They are as follows:

They are usually further split into separate groups for male and female triathletes. In bigger races, like championships or international triathlons, they’re often also divided into national groups.

So you’ll end up in an age group, a gender group, and a nationalist group for larger races.

Smaller races, especially those that attract just the local community, may use bigger groups. For example, they may choose to use 20 to 29 years, 30 to 39 years, 40 to 49 years, and so on.

The Ironman event uses roughly the same age groups, except their first age group is 18 to 24 years, and they include:

How Do I Know My Age Group?

USAT has an “Aging-Up” policy that is usually adopted by many triathlon races. This states that whatever age you’ll be on December 31st of the year in which the race takes place is the correct age group for you to be joining. 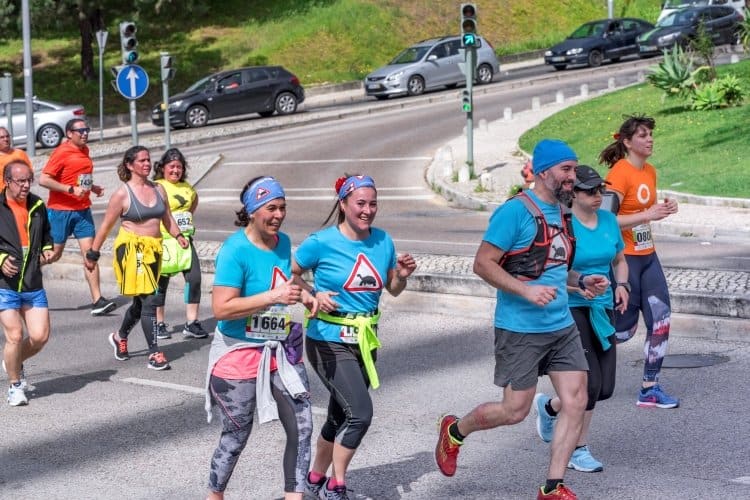 For example, if you’re turning 35 in June but you’re signing up for a race in March, you’ll still sign up in the 35 to 39 age group. Even though you’re 34 years old at the time of the race, because you’ll be 35 on December 31st, you need to sign up in the 35-year age group.

This helps to eliminate any confusion about age groups and stress about changing age groups as the year goes.

What Other Kinds of Groups Are There?

Usually, amateur athletes are known as “age groupers”. Most races include other groups that athletes can join if they meet the criteria, to ensure fair competition.

Elite athletes may be part of a specific age group, but they usually compete in a separate category as well—the male and female Elite group.

Triathletes who wish to join this group need to have a USA Triathlon elite license. USAT outlines specific criteria that need to be met in order for an athlete to be able to obtain this license.

In some races, you can find a “Newbie” group that’s for athletes who are racing for the very first time in a triathlon. They’re also usually split into male and female.

Not all races will offer this group, and you may need to ask when you’re signing up. But you’ll only be a part of this group once—you only take part in your first triathlon once!

The Clydesdale group is for male triathletes who exceed 200 pounds in weight. In some races, the weight requirement is 220 pounds, so you should double-check before the race.

This group is optional to join. If you fit into this category, you can join the Clydesdale group to compete against others of similar body type and fitness levels to you.

Not all races have this group. Smaller races may not offer it, but often, the larger races will include it.

The Athena group is the female equivalent of Clydesdale. Women exceeding 145 pounds in weight can join this group as well as their regular age group.

Runners over the age of 40 usually fall into the Masters category. Different races have different terms, so check your specific race beforehand.

Not all triathlons include this group, but Ironman does and so do some others. Ironman specifies that this group is for athletes who have a visual, physical, or neurological impairment that limits major life activities in a significant way.

You’ll need to double-check on other events. It’s important that the impairment is medically-verified.