Home » Triathlons » How Triathletes Can Train With A Power Meter

How Triathletes Can Train With A Power Meter

Triathletes looking to improve should be tracking their metrics. Understanding your data is essential if you want to set realistic goals to improve your performance.

Runners often use heart rate as their primary measure of exertion. But cyclists moved away from HR at some point to focus on power, which can be measured consistently regardless of things like wind, hills, and other obstacles.

If you’re a triathlete, using a power meter could give you valuable insight into your performance on the bike.

In this article, we’ll discuss how triathletes can train with a power meter to reach their full potential! 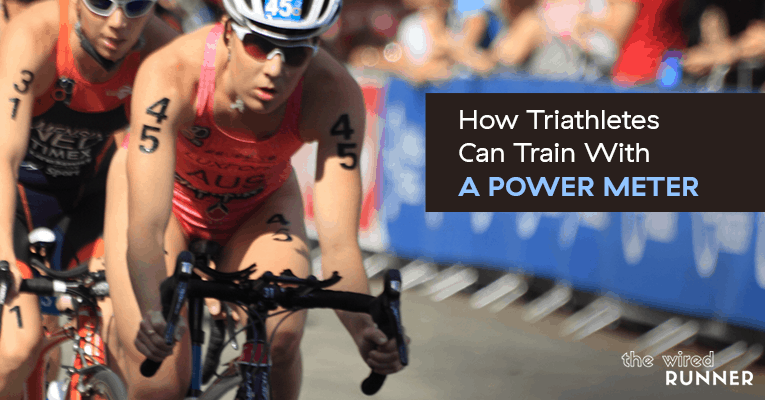 What is a Power Meter?

A power meter is a device that measures your physical power in watts. You typically get cycling power meters and running power meters, each of which work with different algorithms to accurately determine the power you’re putting out.

In simple terms, power is a measure of force over a particular period of time. A power meter measures the physical work you’re doing (ie. force) and how fast you’re doing it (velocity).

Using these measurements, it works out how much energy you’re exerting in order to get this physical work done. In other words, your power, measured in watts.

Running power meters are small pods that can be clipped to your shoe or shoelaces. Lately, some tri watches are incorporating built-in power meters, which means you don’t need a separate gadget.

A cycling power meter is a similar device but it’s attached to your bike. Some are designed to be placed on the pedal, while others fit onto the crankshaft or arm.

Can I Use a Running Power Meter for Cycling and Vice Versa?

Secondly, they’re both based on different algorithms. The algorithm on a cycling power meter is designed for the motion of riding a bike. On a running power meter, it’s designed to work with the movement of running.

Similar to how GPS watches have different settings for cycling and running, these power meters are specifically made to measure just one type of movement.

That said, if you only have one and you wish to use it for both sports, you can do so if you can find a way to carry it.

You won’t necessarily get accurate readings on the other sport. But if you’re working on boosting your power, you can still use it to see if you’re improving.

Who Should Be Using a Power Meter?

Athletes who wish to improve their speed would benefit from using a power meter. If you’re already tracking speed, distance, cadence, or other metrics with the goal of comparing them or trying to boost them, a power meter could be an invaluable tool.

Casual athletes who simply run here and there for fun wouldn’t need the in-depth metrics of power. But serious runners, cyclists, and triathletes would almost certainly be able to use a power meter to enhance their performance.

How to Use Power Meter Data

It’s no use having a power meter if you aren’t sure how to interpret the data! Making sense of the data is what helps you make small but significant changes to your riding or running. 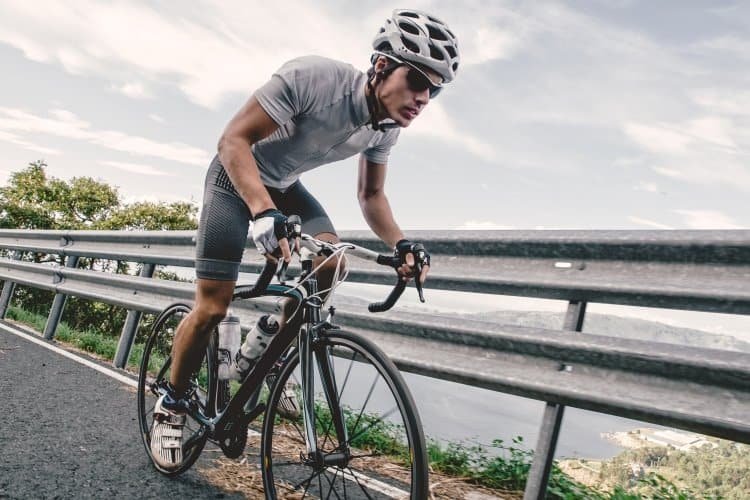 Generally, the best way to keep track of metrics so you can compare them is to use an app. Some popular ones include:

When you first get a power meter, you’ll perform a general fitness test so it can calibrate to you. The number you get from this test is called your FTP (functional threshold power).

Once you have this number, you can figure out training zones, including endurance, lactate threshold, VO2 max, and anaerobic capacity. More about these later!

Your FTP number is the most important metric when you’re tracking your power. It represents the level of continuous power output that you can sustain for 60 minutes.

When you do your initial fitness test, you won’t have to run or cycle flat-out for an hour, though. That’s tough even for pro athletes!

Most power meters will have you do a 20-minute test. It then multiplies your highest power by 0.95 to gain a fairly accurate number for your 60-minute FTP.

Most of the data you’ll get from your power meter is based on this number. So, it’s essential for it to be measured correctly.

Your FTP will change over time, as you get more or less fit. If you’re training seriously, it’s worth checking it every few weeks.

This will give you an indication of whether or not your fitness is improving. It will also help you to make continuous small changes to your training zones for optimal effect.

Be aware that an FTP test is strenuous! You’ll need to push as hard as you can for 20 minutes. It’s extremely intense and fatiguing.

Make sure that you give yourself enough time to recover afterward, and don’t forget to warm up sufficiently before starting!

These zones were developed by Dr. Andrew Coggan, and they’re used on almost all training software. Most software calculates these automatically for you when you input your data or connect your power meter.

How to Use Power Zones in Triathlon Training

Triathlons are typically about steady power output. To keep pace, it’s best to minimize variation in your pace. So why does knowing your power zones and training in them even matter?

Well, you most likely won’t need to exceed Zone 4 during your training if you’re working specifically on triathlon training.

But if you want to increase your fitness, build strength, and develop explosive power that you can use when you do need it, it’s a great idea to incorporate some training in higher zones.

It’s also a good idea to train in higher zones if you’re going to be riding or running a course that’s very hilly.

Just because you won’t necessarily use power higher than Zone 4 in a triathlon, it doesn’t mean you can’t train in these zones. Training in Zone 5, 6, and 7 can increase your fitness and ultimately, improve your FTP.

When your FTP improves, your zones change slightly and your overall speed increases. This means you’re one step closer to hitting a new PR in your next triathlon!

How To Prepare For A Triathlon In The Rain