If you’re like I was a couple months ago, you might not have much familiarity with running on a track. Although I played volleyball in a rec league growing up and in an intramural league in college, I didn’t run very much until about a year ago.

I started first on the treadmill because I didn’t want people to see me. Then I moved to the road, and I finally started adding some track running a couple months ago. This article will give you all the details that you need to use a track properly and be as courteous as possible to other users! 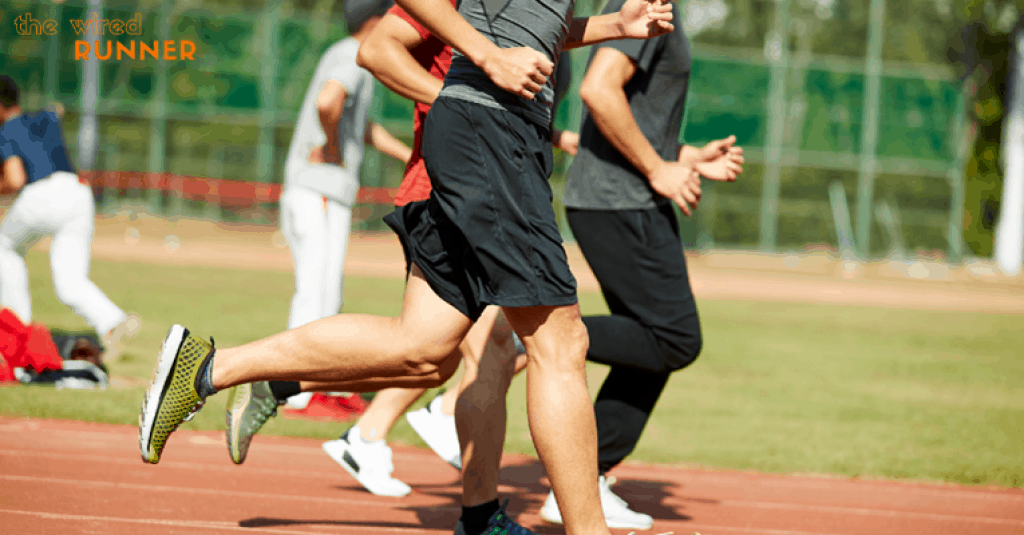 Why Run on a Track

Every running surface has its advantages and disadvantages, and the track is no different. If you’re looking for a consistent surface that will make it easy to keep track of your distance, running on a track is the way to go.

Tracks are often used for intervals if you don’t run them on a treadmill. The reason why is because everything is measured and the surface is completely flat so you can run an exact distance very easily.

If you want to run an exact distance, the track is a great place to do it. You know exactly how far you’ve run at all times.

I have used the track to run one mile because I’ve been trying to run at least a mile every day, and I’m trying to vary it up on the different surfaces that I run on. For me, the mile seems to go by much faster on the track because I know that I’m a little bit closer every time I curve around.

Because the surface is so flat, it’s easier for you to maintain your pace, which is great for intervals in particular. Plus, if there’s bad weather and you’re using an outdoor track, you can easily cut your workout short if needed.

There are also mental reasons why a track is a great place to run—it is motivating to run with other people, it challenges you to better pace yourself, it’s easy to get in a good run without having to figure out a road route, it’s easy to stay focused, and it’s a great way to improve speed.

Finally, you’ll have all the gear, clothing, and water that you need right there, so you won’t have to worry about hiding water bottles in the bushes or planning your route so that you know there are water fountains along the way.

How Far is One Lap?

It will depend on the size of the track and whether you’re on an indoor or outdoor track on how many laps make a mile. For example, it is clearly posted on the indoor track that I have used that 8 laps equal a mile.

For most outdoor tracks, 4 laps around the track equal 1,600 meters, or roughly 1 mile. Likewise, 2 laps equals roughly ½ mile, and 100 meters is the length of one straightaway. These are typically the measurements you will see on the track.

If you’re using a standard, Olympic sized track, it measures 400 meters around only in lane one, the lane nearest to the inside of the track. That means that if you’re running on the outer edge, you will be running a little bit longer than one mile if you run 4 laps at 453 meters—1.12 miles.

Most tracks are Olympic sized tracks, but if you’re not sure, it never hurts to ask, and I would guess that most tracks that are smaller (like the indoor track that I have used) will indicate upfront that you’ll need to run more laps.

This is probably the most important section if you’ve never run on a track before because it includes all the dos and don’ts as well as some tips. I got a quick overview of proper track etiquette from one of my friends, which made me feel more confident when I started running on the track. 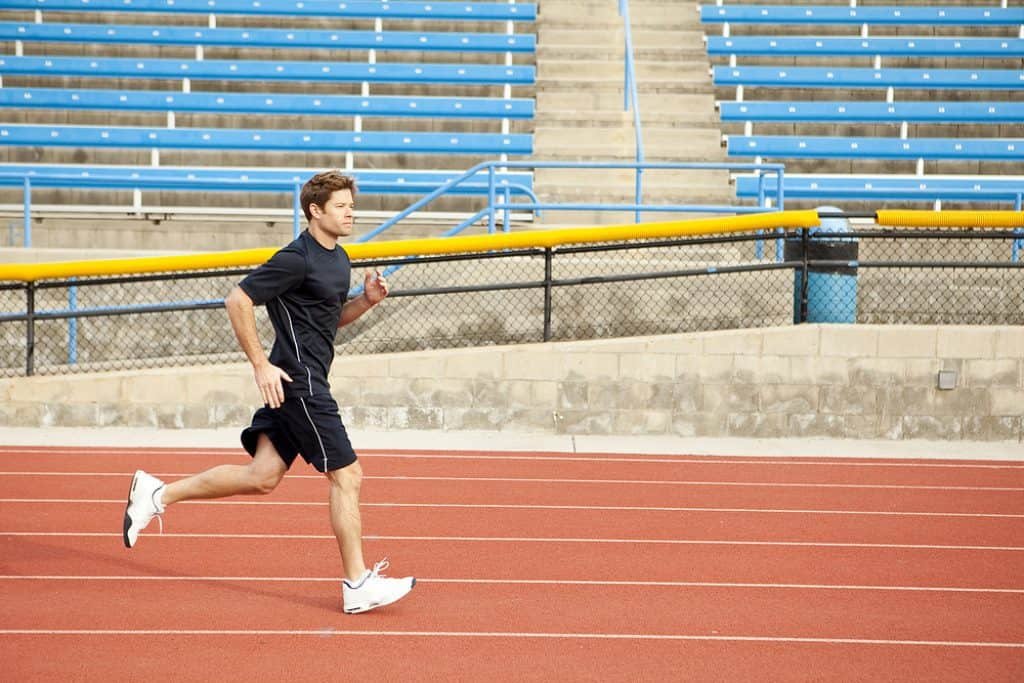 I personally prefer counterclockwise, and I’m guessing that this will be more comfortable to you as well. If there is no sign indicating otherwise, then by default run counterclockwise. And remember that GPS watches don’t work well on tracks, but you shouldn’t need one since the distance is already measured.

If you’re not sure, follow the lead of anyone else who is on the track. Even if it’s the wrong direction, at least you’re going with the flow.

Inner lanes are usually reserved for the fastest runners, so if you’re not planning to run a 5-6 minute mile, you should be in the outer lanes. I personally watched the various speeds of different runners before starting my workout to figure out where I best fit.

Typically, the first two inner lanes (lanes 1 and 2) are reserved for faster runners, although some tracks may even reserve the first three.

Additionally, if you’re running on a school track when the cross country or track team is practicing, it is courteous to leave the innermost lanes to them and give them plenty of space.

When you’re warming up or cooling down, you should be using the outer lanes and the very farthest one if you’re going to be walking. Finally, stay in the same lane when you’re running. This is not the time to zig-zag around.

What Not to Bring

It’s also standard procedure to leave the headphones at home. It should go without saying to leave your dog at home.

Another important rule is to avoid standing still on a track. You don’t want to be an obstacle for other runners on the track.

Also, if you have to bring your kids to the track, make sure that they aren’t wandering on the track and interfering with runners. Ideally, your partner or spouse can watch your kids so that you aren’t distracted, although older children might enjoy running on the track.

Some tracks do allow jogging strollers, so if you have little ones, you might want to check and see if that is a possibility. Obviously, you’ll want to be on the outer lanes when using a jogging stroller to be courteous of others. 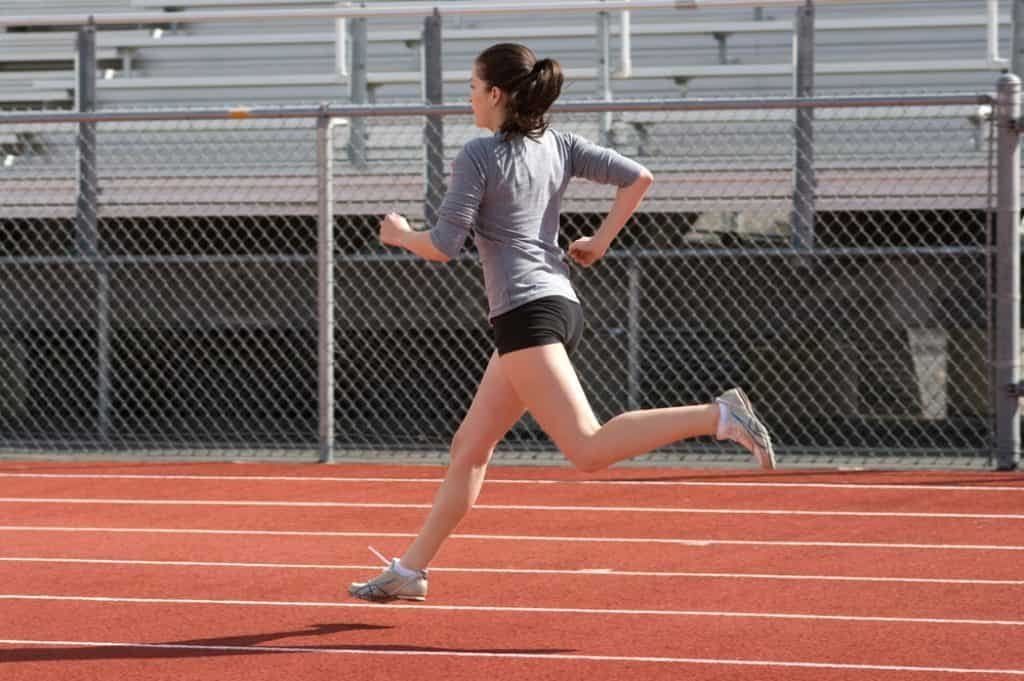 It’s appropriate to let runners in front of you know if you are passing and pass on the right if running counterclockwise or on the left if you’re running clockwise. The typical phrases used are “track,” “on your left/right,” or “on the inside.”

Conversely, if you hear any of these phrases, make sure that you move quickly to the appropriate direction because the runner behind you is coming up quickly!

Finally, make sure that you follow the rules for your specific track, which are typically posted on a sign. These include the hours that it is open, if it closes for games or track meets, and if track spikes are permitted.

Many school tracks restrict use during school hours unless you are affiliated with the school for the safety of the students, but some will allow recreational runners if they are running in the outer lanes.

Also, most tracks close after dark, which makes sense. If you’re running on an indoor track, you’ll have to pay attention to the hours of the gym.

End all of your intervals on a straightaway. The best procedure to push yourself the most is to finish your intervals as hard as you can, meaning that you need your best running form. You’re not going to get this around a curve, but you will for a straightaway, so finish on the latter.

In the end, track language can be very intimidating, but hopefully we’ve cleared up some of the mystery and made you feel more comfortable about running on a track. Believe me. It’s worth it. You’ll feel great, and the track will train you to run faster, and what runner doesn’t want that?