All About Track Season – Track and Field Tips for Beginner Athletes

If you just joined a track team – or if you’re a parent with a child who is a new athlete – this guide will tell you everything that you need to know about high school track. We’ll cover when it starts and ends, review the different events, what gear you need, and what practices and meets are like.

By the end of this article, you’ll have a broad overview of everything that you need to know about track and field if you’re new to the sport. 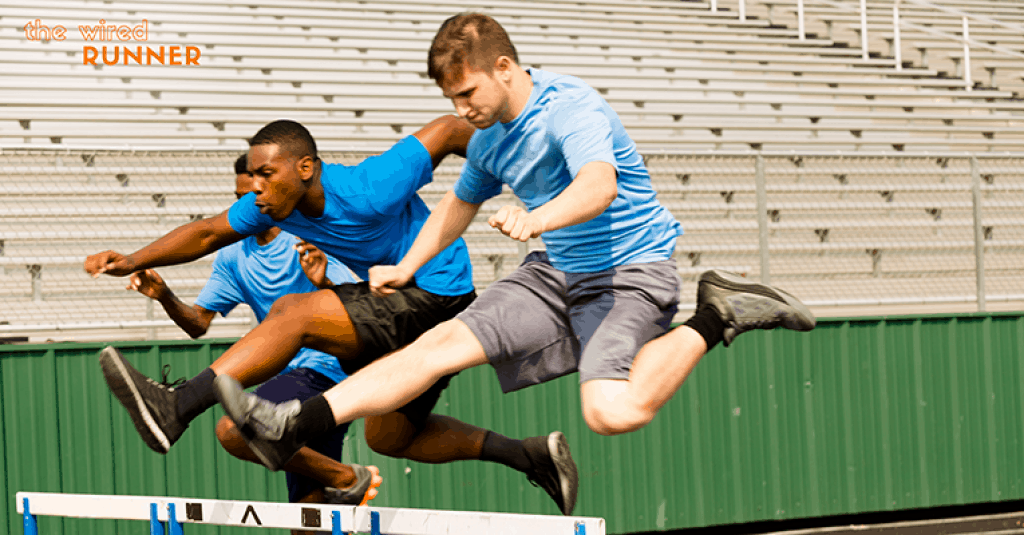 This also means that athletes who compete in both winter and spring track will basically continue straight through the two seasons without much of a break.

What grades can participate in track?

Although it varies by school, typically middle schoolers (6-8th graders) and high schoolers (9-12th graders) participate in track. Some schools also have programs for younger students (i.e., 5-6th grade and below), but it’s likely going to be more focused on track activities at school as opposed to competing with other schools and teams.

Are there youth clubs for track?

Yes, there are youth clubs for track. In fact, the USA Track & Field Foundation offers a club grant for organizations and programs offering youth clubs, particularly those in low-income areas. The grant can be used for equipment, meet fees, uniforms, and so forth.

There are several common categories of events in track and field. The broad categories are below. Depending on your interests, you can look at the categories that most interest you.

There are three broad categories under running.

Sprint distances are about pure power and speed. While you’ll need some cardio endurance, it’s more about getting around the track as fast as possible.

Sprint distances are very popular in high schools. Expect some competition. Because they are so short, at larger meets you may need to run your distance in several heats. You may also be asked by your coach to do some other events.

Mid-distances are also very popular. They are also some of the most demanding events you can do. You need the speed of a sprinter combined with the aerobic capacity of a distance runner. You’ll be red-lining (i.e. going all out) for 2-4 laps around the track. These are not for the faint of heart!

These are popular with the cross-country athletes but not as popular as the sprint distances. Expect some competition. Also expect to run with a pack of runners and hopefully out-kick them the last lap.

For hurdles, there are typically two distances: 100m and 400m. As the name implies, this isn’t just straight running; you’re going to have to clear several hurdles in your way before crossing the finish line.

With a relay, it will be a team affair, and you’ll be counting on others. The two most popular relay events are 4 x 100m and 4 x 400m. At some larger events, there are relays in middle and long distances, as well as relays that mix distances (a medley).

This category is pretty self-explanatory. You’re throwing something, and the name of the event tells you what you’re throwing. Options include javelin, discus, shot put, and hammer throw. 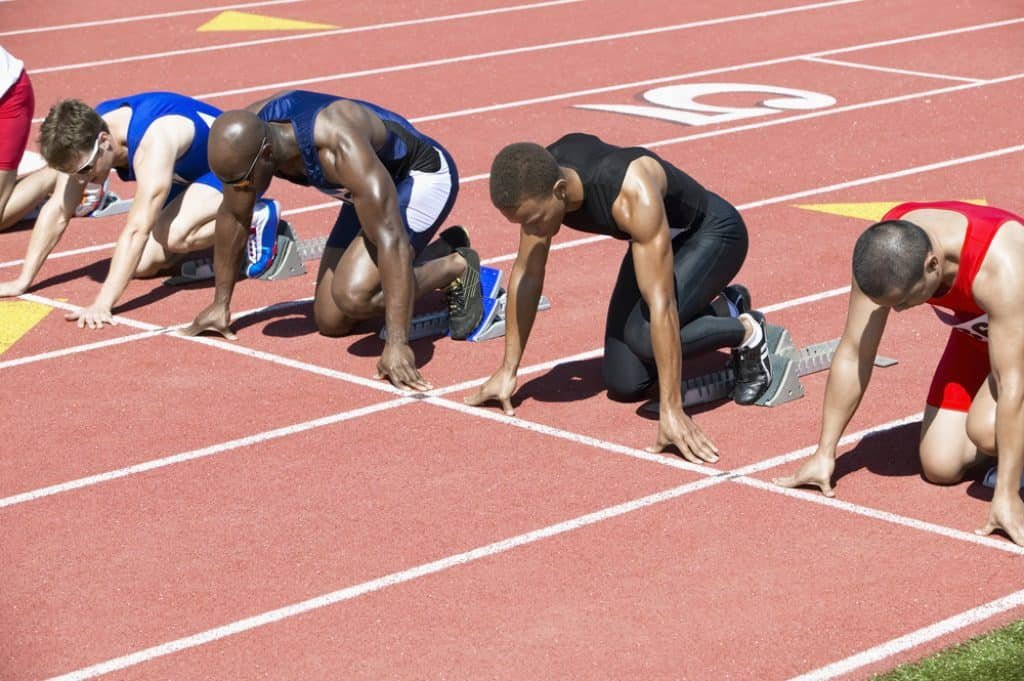 In the winter, you will also have two winter-specific track events: 55m sprint and 55m hurdles. Why the shorter distance? Because winter track season is held indoors on a 200m track, and these smaller venues highlight these super-short distances. By contrast, there is the steeplechase in the spring. This is an obstacle course much like the steeplechase in horse racing. You run and jump over high hurdles. You also jump over large pits of water.

Can athletes compete in more than one event?

Typically, yes, but this is going to be up to a particular school, high school athletic associations or even state. High schools often allow individuals to compete in up to four different events.

In some states like Virginia, students can only compete in up to three track events and one field event. So while the answer is almost certainly yes, check with your particular high school and state to see if there are any stipulations. Coaches will have all the answers and rules.

What’s the difference between track and cross-country?

While it’s true that both track and cross-country feature running (and often runners participate in both sports), they are quite different. Cross country requires a different set of running skills, as courses cover more variations in surface, from mud to grass to tree roots.

Distances are longer in cross-country. Common meet distances are the 5k (for high schoolers) and the 3k (for middle school students).

By contrast, track is focused on speed. The track is always going to look the same and feel the same—it’s a nice, flat surface. Plus, you have a lot more options of events to compete in. For cross country, it’s just the one race.

How do new athletes figure out what events to do?

It’s important to know what you’re good at. Are you a super-fast runner at short distances and have a fast stride turnover? You might be good at sprints. Do you have great coordination as well as speed? You might try hurdles.

Your coach may see something in you and suggest certain events. If you really aren’t sure, you can also try a few different events and see which you like best.

What are the most difficult events?

Depending on who you ask, this answer will vary. You’ll probably hear pole vault a lot for field events and 300-intermediate hurdles for track. Other popular answers include the 400m dash, the triple jump, the 800m (because it’s too long for sprinters and too short for distance runners) or the 3200m (two-mile).

As one weights thrower put it, “The toughest event in track and field would have to be the 3200 meters run because you have to have real dedication to spend your time running around an oval for about 10-15 minutes of your life.”

Pole vault is particularly challenging because there are technical aspects to learn as well as the coordination, speed, and strength needed.

As you compete in pole vault, you have to do everything right, from takeoff to dropping the top to jumping off the runway. If you mess up in a sprint, you might be able to recover by pushing your body and speeding up later. But everything has to be right in pole vault.

Similarly, with the 300 hurdles, you have a mental challenge. As you enter the last 100 meters, you still have 3 more hurdles to get over. That’s both mentally and physically exhausting. You have to push yourself to get over those hurdles when you’ve already pushed hard the previous 200 meters. It’s more difficult than just running 300m. 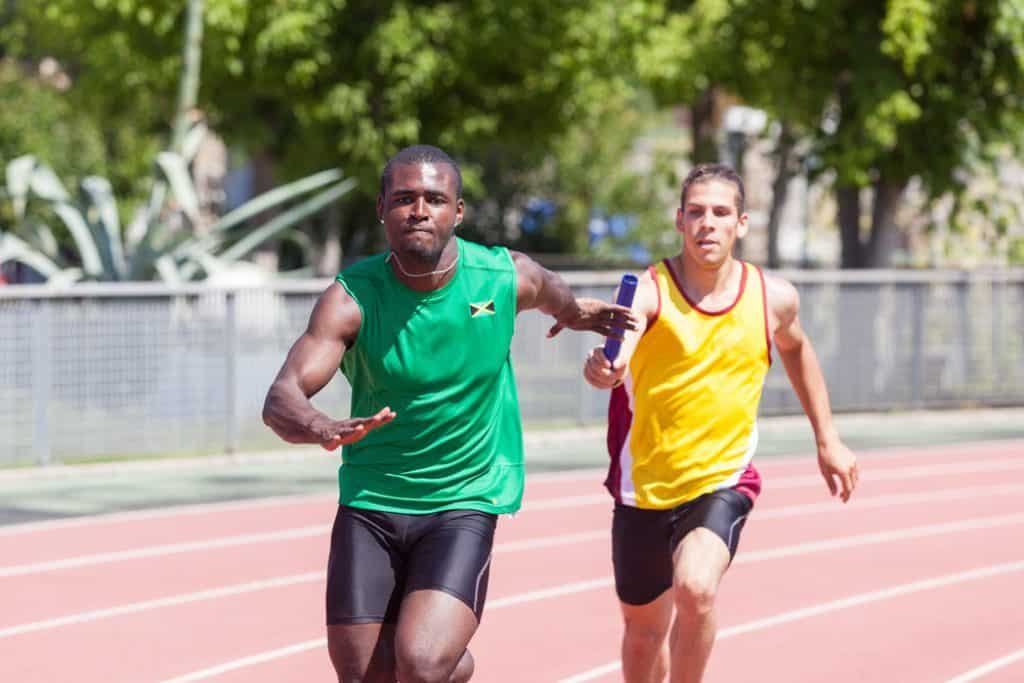 If you’re just getting into track and field, it’s important that you know what your school will provide as well as what you’ll need to purchase.

You’ll need trainers (these are just what standard running shoes are called in track) for practice, as well as track shoes (also called spikes or track spikes) for meets and practice designed for your specific event. You’ll be required to have these (or at least trainers) for the first practice.

You’ll also need comfortable running and athletic clothes. You should have these before your season starts.

Most schools will provide general team equipment and jumping and throwing objects. This includes starting blocks for sprint events, poles for vaulting, discus, shots, and so forth.

Do I need track spikes?

No, you don’t need track spikes, but most people wear them for sprints and jumping events. However, most middle schools don’t allow kids to wear spikes, so if you’re not yet in high school, you might want to hold off on the spikes for a little bit. Spikes are rare for distance events, but some runners wear lighter, thinner racing shoes called flats.

If you know what events you are doing, they make spikes associated with different events. There are sprint spikes, mid-distance spikes, and long distance spikes. For specialized athletes, shoe companies also make jumping spikes and throwing spikes.

If you are competing in mid and long-distance events, you can get away with just using trainers or racing flats at meets. Same applies to jumping and throwing.

But you’ll be at a significant disadvantage without sprinting spikes. Sprint spikes are stiff with aggressive traction on the sole. They are also insanely lightweight. It will be tough to get off the blocks and down the track quickly without spikes.

What kind of spike should I buy if I do multiple events?

A mid-distance spike is the most versatile, so that’s probably the spike that will be best for someone who competes in multiple events and only wants one pair of spikes.

In the winter, practices can be held outdoors on the track or in the school gym. Most schools (unless you attend a really large one) don’t have an indoor track.

In the spring, practices will be held on the school track since the weather will be nice enough outside.

If the weather is decent where you live, expect some off-track work for long and mid-distance runners.

By contrast, in the spring, there are often 1-2 meets per week. You’ll typically have a small meet sometime during the week, and a larger invitational on the weekends. These meets are also often long, but they are not as long as winter meets.

Congratulations for deciding to pick up track and field! Although the sport is new to you, hopefully this article helped you learn more about track season and what to expect. There are a variety of events, and be prepared for long meets sometimes. Good luck!

What Distance Should I Run In Track?