Tempo Runs – Why They Should Be Part Of Your Training

If you’ve been running for a while, you’re probably familiar with high-intensity interval training. You’ve most likely also done your fair share of easy runs or recovery runs.

But what about the whole range in between those two paces?

Runs that aim for that middle ground pace are called tempo runs. They should definitely not be easy, but they certainly shouldn’t be killing you either.

We’ll be digging into some info about what exactly tempo runs are, what benefits they offer, and why they should be part of your training if they aren’t already). 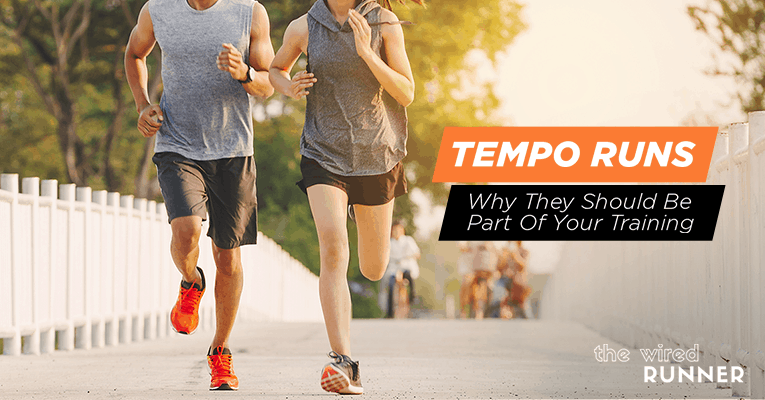 What Are Tempo Runs?

Search for tempo runs and you’ll come across a large variety of definitions! Let’s check out a few definitions by high-authority running names to give you an idea of what a tempo run really is.

They’re also known as threshold runs. Usually, a tempo run is done at about 25 to 30 seconds slower per mile than your average 5k pace.

Tempo runs haven’t always been a thing. They were only really defined and gained popularity in the late 1990s, thanks to running coach Jack Daniels.

In 1998, Daniels published a book, Daniels’ Running Formula. In his book, he references tempo runs as a specific part of training.

Since the release of his book, tempo runs have been a popular tool for training!

Technically, there are three types of tempo runs; or more specifically, three zones in which you can do tempo runs:

Let’s check out the subtle differences between the three.

The anaerobic threshold is the point at which lactic acid is building up in the bloodstream faster than it can be removed by the body. This point is usually around 4 mmol/L of lactate, although it varies from person to person.

It’s important to improve your anaerobic threshold, as this will allow you to run further and faster before fatigue sets in.

The aerobic threshold is the intensity at which an athlete can run without having much lactic acid accumulate in the bloodstream. It’s around marathon pace.

This threshold pace is significant for athletes as it’s a great fat burning zone. It’s also an excellent pace to do tempo runs at, to build endurance and prevent you from hitting the wall too soon and having to cut a run short. 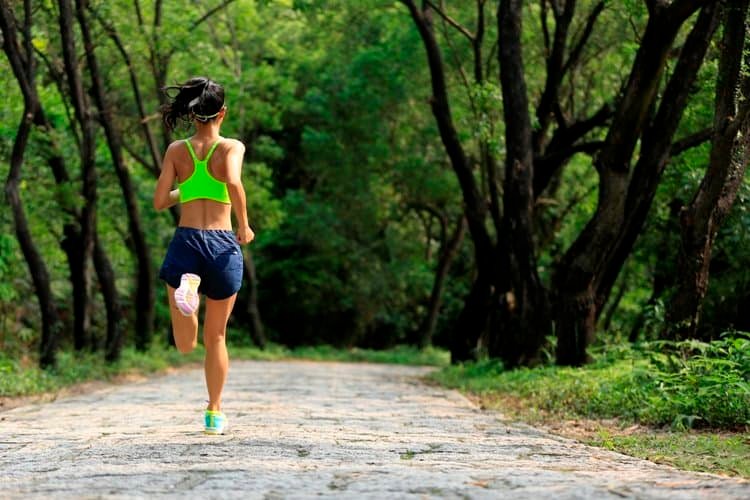 You’ll know you’re going at the aerobic threshold pace when your heart rate is at 60 to 80% of your max heart rate.

You may be wondering why a mid-level, moderate-intensity run would be an important part of your training. But tempo runs do serve a purpose.

Incorporating tempo runs helps to train your body to get rid of lactate that the body produces when running at higher speeds.

They also help the body to get used to pumping blood more efficiently. This helps to circulate oxygen effectively and keep the muscles nourished with O2-rich blood.

And of course, it’s a way to “rest” between high-intensity sessions without slowing down to a very low intensity.

Why is the Tempo Run Beneficial?

Tempo runs have a variety of benefits that can help to improve your running performance in the long term.

Your lactate threshold is commonly defined as the point where lactate has built up in the body to the extent where it can’t be removed fast enough.

Lactic acid is a natural byproduct of the metabolic process. When your exercise intensity increases, lactic acid breaks down into lactate.

Too much lactate in the body can cause nausea and vomiting. When you reach this point, you’ll need to stop exercising and recover. This is your lactate threshold!

Tempo runs (or threshold runs) help to slowly push that threshold up. Your body steadily becomes better at reducing lactate, which means you can run faster and for longer before hitting a wall.

Running at your maximum pace all the time is exhausting and not sustainable. At the same time, consistently running at a low intensity won’t get results or improve your performance.

This is why tempo runs are so important. They give you a physical break while still being intense enough to be helpful to your training. But they’re also super helpful for developing mental toughness on the road or trail.

They’re meant to be slightly out of your comfort zone. Tempo runs aren’t necessarily meant to be fun! But they’re excellent for building stamina and mental strength as you push through an uncomfortable pace. 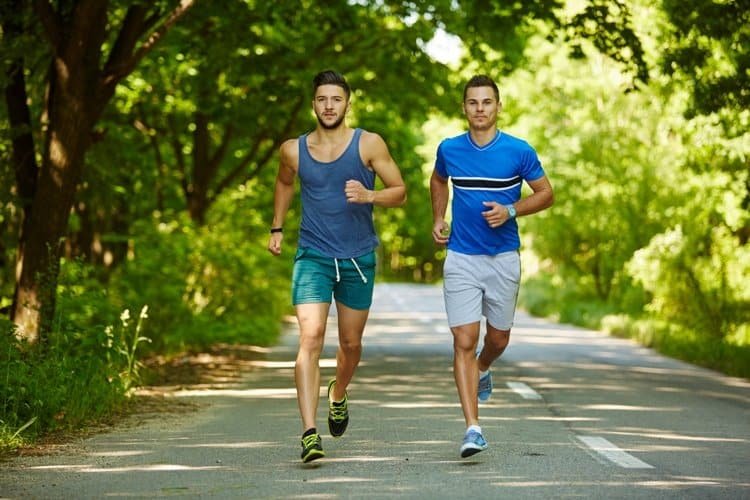 Any type of running that’s at a moderate to high level of intensity will improve your cardio capability. Exercising at various intensities also gets you into different heart rate zones.

This also gets your system used to adjusting to different heart rates on the go and bringing high heart rates down quickly when needed, which makes for better cardiovascular health.

Good Training for Running a Race

Races are very rarely run at just one pace. They’re up and down, mixing and matching between a faster pace and a tempo pace.

Adding tempo runs to your training helps to prepare you for those tempo paces during racing.

Tempo runs also add variety! There’s nothing worse than being bored during your training. Adding tempo runs can help to alleviate boredom while building up your endurance, keeping your stamina up both physically and mentally.

How to Determine Tempo Pace?

If you have a 5k PR, it’s easy to calculate your ideal tempo pace. First, work out your time per mile based on your 5k record. Then, add 20 to 30 seconds to that time (per mile). That’s it!

You should be able to sustain this pace for a full 60 minutes without needing to take a break. If you can’t, you may need to add a few more seconds to your per-mile pace.

When to Run Tempo Workouts

Tempo workouts have plenty of benefits, but timing is also important. Depending on the run you’re training for, your tempo runs should be incorporated at various times in the season.

For shorter races up to 5k, tempo runs will be most effective early in the season or training period. They’ll build up your endurance early on, which will leave you the time and space for speedwork later in the season if you want to incorporate it.

If you’re planning on running a 10k run or a race longer than that, it’s better to keep your tempo runs for the middle or later part of the season or training period.

You’ve most likely already built up the endurance you need for longer runs, so your tempo runs will be used to improve lactate or anaerobic threshold rather than stamina.

But starting with them too early in the season can cause frustration. Save them for halfway through or the second half of your training period.

Not sure how to start using tempo runs in your training? Here are a few workout ideas that you can try.

Warm-up by running an easy pace run for around 10 minutes. Then, up the intensity for the next 2 miles by running at your current race pace. 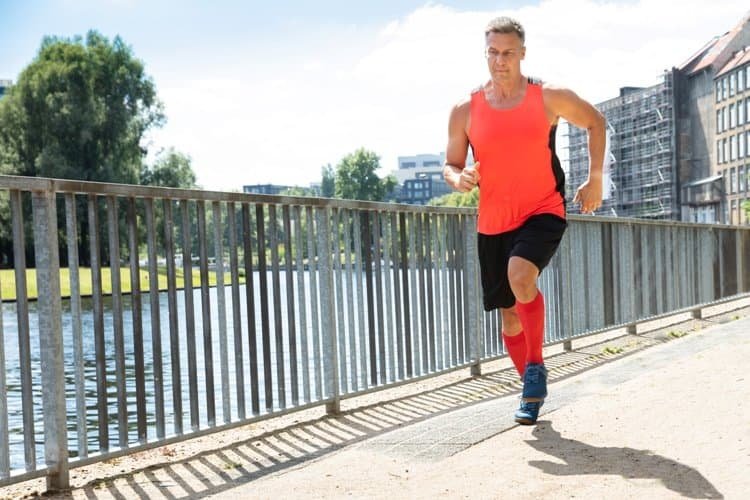 Once you’ve done those 2 miles, rest for 90 seconds. You can walk or stop completely and do a few stretches.

Repeat this 2-mile/90second break combination for two more reps. Each rep should be at a slightly faster pace than the previous one.

Like the previous workout, begin this one by warming up with an easy-paced jog for 10 to 12 minutes.

From there, keep running but increase your speed every mile. Try to up your pace by 5 to 10 seconds every mile.

Do this for 20 minutes minimum, one hour maximum. Don’t forget to cool down at the end! Spend 10 to 12 minutes jogging at an easy pace or walking to get your heart rate down to normal.

This workout is ideal for cross-country athletes. Warm-up for 5 minutes, either jogging very lightly or doing some dynamic stretches. Then, work your way into an easy run on flat terrain for 10 minutes.

You want to be on the hills for 20 minutes. Even if you only have one hill, spend 20 minutes running up and down the same hill.

Once you’ve done your 20 hilly minutes, slow your heart rate by easing into a 10-minute chilled out run. Then, cool down for 5 minutes at a very relaxed pace or do some post-run yoga.

For Half-Marathon and Longer

If you’re working towards a half-marathon or longer race, your endurance should be at a level to handle this workout. Maybe not totally comfortably, but you definitely shouldn’t struggle with it.

Spend 10 minutes warming up in whichever way suits you. Then, hit your tempo run for 20 minutes.

Once you’ve done your first 20 minutes, lower your intensity and do an easy run for a full hour.

After an hour of relaxed running, go back into a 20-minute tempo run at your tempo pace.

An easy cool-down to get your heart rate back to normal will finish this workout off.