Home » Beginners » Should You Run With Or Against Traffic?

Should You Run With Or Against Traffic?

With any sport, it’s important to know what is safe and standard practice so you don’t get hurt. Like me, you might have grown up with a mom who told you to use a product as it was intended.

Therefore, this article will answer the question of how you should run on the road and go over the reasons why. We’ll also cover other safety tips so that you stay safe on the road as you pound the pavement. 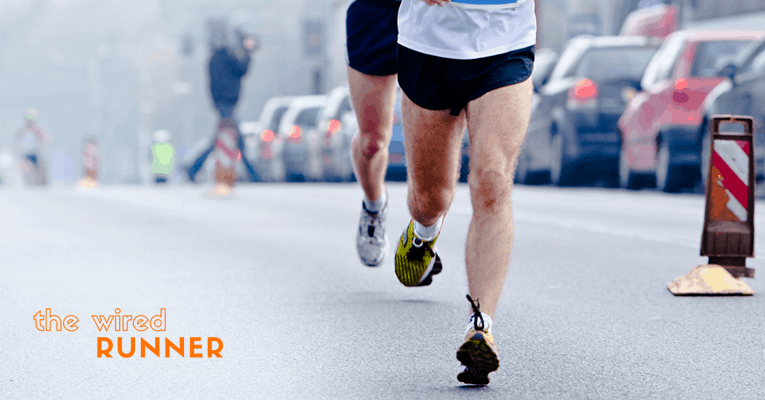 Additionally, it will be easier for you to see if a driver is adjusting for you. For example, many drivers will, if possible, move over to give you extra space.

Because you and the driver are looking at one another, you are able to see if a driver has made eye contact with you and knows that you’re there. Many countries, states, and cities require runners and pedestrians to run against traffic because of the substantial safety benefits.

For example, one study found that pedestrians walking against traffic have a 77 percent lower risk of being hit by the car. This means that you’re increasing your safety as a runner substantially by running against traffic.

Similarly, if you live in an area where there are a lot of cyclists as well, it’s helpful to be able to see them ahead of you so that you can move aside, rather than suddenly realizing that they are right behind you.

Are There Times When You Should Run With Traffic?

While you should almost always run against traffic, adjusting to a different side of the road if you’re in a different country, there are indeed times when it’s safer to run with traffic. But these are fairly rare.

For example, running coach Hal Higdon recommends switching to running with traffic if there is a steep hill where you can’t see over until you’re almost on top. You want to make sure that cars can see you at all times.

Definitely take the time to switch over. But do it in plenty of time so that you aren’t surprised by cars in either direction. And be careful crossing the road if the whole reasons you’re doing it is poor visibility for the drivers.

You might also consider running with traffic on sharp corners or curves in wooded areas where you can’t see a car if you are running against traffic.

That being said, don’t think that you’ll be injured less if you’re hit running with traffic. In fact, it could be worse because you have less reaction time. And let’s be honest: it’s going to be harmful either way.

What are Other Safety Tips for Running on Roads?

Safety should always be in the forefront of your mind as a runner. Making sure that you’re doing what’s safe for where you live will help you run with peace of mind.

We’ve listed a couple of things for you to keep in mind.

It’s best to follow local customs wherever you are. If you’re running off-road, you’ll typically want to stay to the right so that cyclists can pass you on the left. But you might live in a country like Bermuda where it’s common to run with traffic, so it’s safer to do that.

Avoid the Road if Possible

Use sidewalks and paths whenever possible, even if they put you with traffic. It’s much better to be on a sidewalk, which is clearly for pedestrians and significantly more feet away from cars, than on the road.

Run Single File If Running With Others

If you’re running with other people, you’ll always want to run single file on any road that has marked lines.

If it’s an unmarked road with limited traffic, you might be able to run side-by-side. But at the first sighting of a car, move to single file until it’s past.

Think of Yourself as a Cyclist

One race director suggests that runners should think of themselves as cyclists (but not in terms of where you are on the road), who always wear reflective gear and make sure that cars can see them. Even though you’re not going as fast as a cyclist, you still want to make sure that drivers see you.

However, you’ll want to operate under the assumption that drivers can’t see you, so get out of their way. If you’re crossing a street, make sure that drivers acknowledge you. Be especially careful passing in front of a car making a right turn, because they are looking the opposite way from you.

Leave the Headphones at Home

You really should avoid wearing headphones while running on the road. At the very least, use headphones that allow ambient noise so that you can hear what’s going on around you. One study found that wearing headphones posed a significant safety risk to pedestrians, so it’s best to forego them.

That’s because you are impairing yourself with headphones. Your body and mind naturally get more focused on the music. It can be easier to tune out your surroundings, causing “inattentional blindness.”

Remember that you’re putting yourself at an even greater risk of getting hit at night, so wear lots of reflective clothing and gear when it’s dark. Although it’s never safe to wear headphones, you’ll definitely want to leave them at home for evening runs.

You’re already dealing with sight impairment, since it’s harder to see at dusk. You don’t want to impair another sense by listening to music, a podcast, or a book via headphones. Having pepper spray or a safety alarm is particularly useful at night.

If you don’t remember anything else from this article, remember that 99% of the time, you should run against traffic so that you and the driver can see one another.

For the other 1% of the time when it’s a steep hill or sharp curve, run with traffic but give yourself plenty of time to get over.

Stay safe out there! Make sure that you always have the proper gear and the proper mindset when you go for runs on the road. In a battle of you and a huge metal machine, the machine is going to win. Don’t make it come down to that.