Home » Training » Pros and Cons of Running Twice a Day

Pros and Cons of Running Twice a Day

Running twice a day is often called doubles, for obvious reasons! It might not be for everyone, but if you’ve thought about it, we cover some pros and cons in this article.

The first step should be to consider why you want to run twice daily. From there, you can decide whether or not it will be beneficial for you.

Let’s get into it so you can learn everything you need to know before making your choice. Why Run Twice A Day?

Running twice a day has plenty of benefits. The most common reason people run twice daily is that they don’t have enough time to get in their required mileage in a single run.

Splitting it into two runs means you can do a shorter run before work—for example—and a shorter one after work without feeling pressured.

But apart from the convenience factor, splitting up your runs into two per day has some physiological bonuses.

One, human growth hormone production is produced when you run, and it’s at its highest around 40 minutes in. Stopping here will give you a nice boost in your resting metabolic rate, leading to better muscle repair and increased weight loss.

Also, running for around 90 minutes or more at a time depletes glycogen stores and can lead to increased muscle breakdown. This means you’ll need to rest for longer until your muscles are recovered.

Can Anyone Run Twice A Day?

Anyone can run twice a day as long as the runs are within their scope of ability. For example, a beginner may only be able to run for 10 minutes twice a day, whereas an experienced athlete may easily manage two 40-minute runs per day.

You may need to work your way up to it if you aren’t used to it. Don’t simply add a second run of equal distance and time to your day. You should stick to running the same distance—or around 5% more—just split into two shorter runs. It’s also important to know that the intensity of these runs should be easy.

Regardless of your skill level and fitness, we don’t advise running doubles every day of the week. One to three times a week is a good number to aim for to ensure that you don’t inadvertently overtrain.

Pros and Cons of Running Twice a Day

Running twice a day has some definite advantages and noticeable potential downsides. It can help your body to get used to more work and become more efficient, but you may also be more prone to injury and take longer to recover.

Let’s have a more detailed look at some of the pros and cons of running twice a week.

If weight loss is your biggest goal, running twice daily can help you get there much faster. Even if you’re running the same distance as you were before in one run, splitting it into two means your metabolic rate spikes after each run.

This means processes in your body happen faster, including breaking down fat. You’ll burn fat for longer after your run(s), leading to a speedier loss of those extra pounds.

Pro: Adds To Your Mileage

If you’ve been planning to increase your mileage per day or week, splitting your long runs into two can help you do that much more easily.

For example, rather than jumping from 20 miles to 25 miles—which is significant and can be taxing on the body—it’s easier to instead split your run into two 12 or 15-mile runs.

This is easier on the body as you’re already more than used to running this distance at a time. You should still be cautious not to increase it by too much, otherwise, you’re at risk of overtraining.

Training twice a day depletes your body’s glycogen stores, which helps your body to adapt faster. This means your body oxidizes fat and increases enzyme activity when you train twice a day, which means your fitness levels will increase faster. 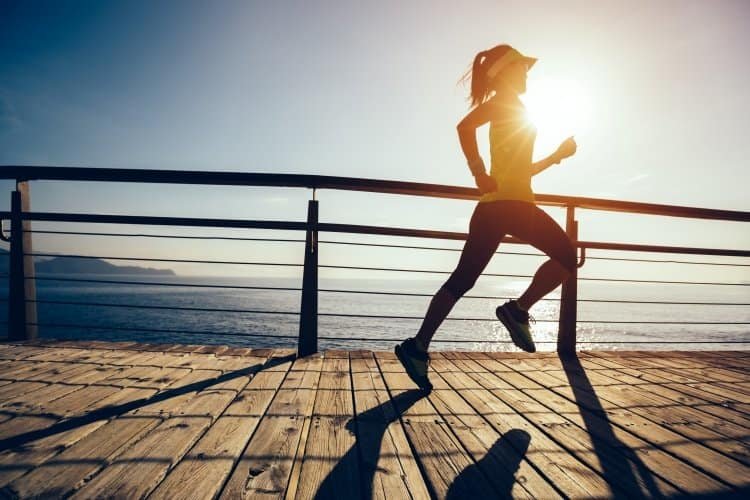 Running two easy runs per day also helps to increase your circulation, bringing nutrient- and oxygen-rich blood to the muscles for improved recovery.

As well as better recovery, over time you’ll find that your overall fitness level has improved as you engage in aerobic exercise more often.

Pro: May Be Easier to Manage Time

Running doubles could be a great strategy for you if you struggle to wake up early to get your miles in. Instead of spending an hour and a half in the morning getting your miles in, you can spend a quick 40 minutes in the morning and 40 in the evening.

This means your day will start less rushed, and you can also end with some stress-relieving exercise after a busy day.

Con: Can Be Harder to Recover From

While running doubles can be extremely beneficial, it also has some downsides. If you aren’t used to running this way, you may inadvertently be putting yourself at risk of overtraining.

While we only recommend running doubles three times a week at the maximum for recreational athletes, this may leave you feeling more tired than usual. A few days of poor rest can add to your fatigue and make it harder for you to recover from your doubles days.

The extra runs can also harm your joints, making you more prone to injury. The key is to listen to your body and adjust your training accordingly.

Con: May Fatigue You Too Much If You’re Training For a Race

While doubles can improve your fitness levels, running them often while training for a race can leave you more fatigued.

If you’re on a training program, it may be better to follow it to a T rather than splitting your runs up. As well as fatiguing you, it could also make it difficult for your body to adjust to running long distances in one go, which may hinder you during the race.

Running doubles may sound far easier than knocking out a 90-minute run every morning. But it requires dedication, commitment, and consistency if you wish to reap the benefits that come with it.

It may take a few weeks for your body to get used to running doubles. Once you’ve pushed past this, you may find it easier to do. But family obligations, other events, and work stress can all get in the way and make it hard to lace up those shoes for your second run of the day.

If you’re still thinking about running twice a day, here are our best tips to help you do it safely and effectively.

Split Them By Enough Time

For doubles to be effective, you must split them by 4 hours minimum. Anywhere from 4 to 10 hours is a good time frame. Leaving less than 4 hours between sessions means your body won’t have time to recover properly.

If you split them by enough time, you’ll have recovered your energy levels and be strong for your second run. 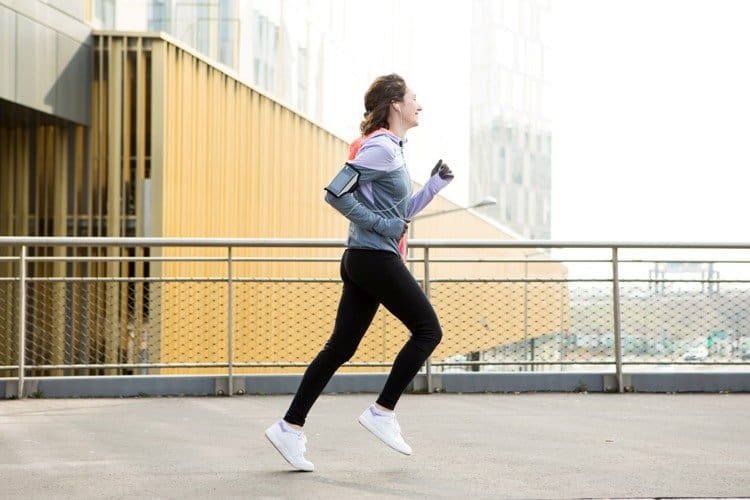 You can still increase your mileage when you’re running doubles. For example, splitting it into two 6-mile run

s means you’re adding 2 miles to your total for the day.

Stick to one to three doubles weekly sessions, even if you’re an experienced athlete. This is optimal for preventing overtraining but reaping the rewards of running twice daily.

Your intensity should also be relaxed. You should be doing two easy-paced runs, aiming for distance rather than pace or time. Too intense can quickly lead to injury.

The best course of action is either two easy runs, or one easy run and one more intense run. This will help you to get the best benefits without overdoing it. We don’t advise two intense sessions on the same day.

Place Emphasis on Warming Up and Cooling Down

Warming up and cooling down is important when you run once a day, but when you’re running twice a day, your muscles need some extra TLC.

Place extra emphasis on warming up. Stretch, do some running drills and make sure your muscles are nice and warm before you start. Don’t forget to cool down as well.

Up Your Recovery Game

You should take at least one full day off per week, with no exercise. Your recovery routine on all days should include extra measures, like foam rolling, compression treatments, massages, and stretching or yoga.

Part of effective recovery is also healthy nutrition, sufficient hydration, and getting enough sleep. Without these, you’ll never be as recovered as you should be.

Running twice a day stimulates your metabolism, both in terms of muscular metabolism and digestive metabolism. This means you’re increasing the number of calories you burn throughout the day.

If your smartwatch tells you the number of calories burned number, keep an eye on this as you run doubles and see how it changes. You should increase your calorie intake based on how many more calories you’re burning.

Undereating may hamper your recovery and lead to you feeling weak and unmotivated. Increasing your calories won’t undo the extra calorie burning—rather, it will ensure that your body is supplied with all the nutrients it needs to keep fueling you and getting rid of extra fat at the same time.

Ease Up On Doubles If You’re Injured

If you feel your body is under strain once you start running doubles, consider changing it. For example, if you’re running doubles three days a week, reduce it to one day a week for a few weeks and see how you feel.

If running twice a day feels like it’s too much for you or if it increases your injuries, you may want to consider running once a day and cross-training on the same day.

Cycling, swimming, rowing, or jumping rope can be excellent exercises that serve the same purpose but take the strain off your joints.