Home » Training » Should You Go Running in Bad Air Quality?

Should You Go Running in Bad Air Quality?

If you’re lucky enough to live far from a city, you most likely don’t have to worry about air quality (unless you are near a forest fire!). But if you’re in the city, chances are the quality of the air you’re breathing isn’t the absolute best.

Exhaust fumes, industrial pollution, and a bunch of other pollutants in the air can make breathing unpleasant and downright dangerous. But you can’t exactly just… Stop breathing while you’re running!

So the question is, should you go running in bad air quality, or should you rather steer clear of exercise on those days?

There’s not really a single, straightforward answer to that question. So let’s dive in and have a look at some options! 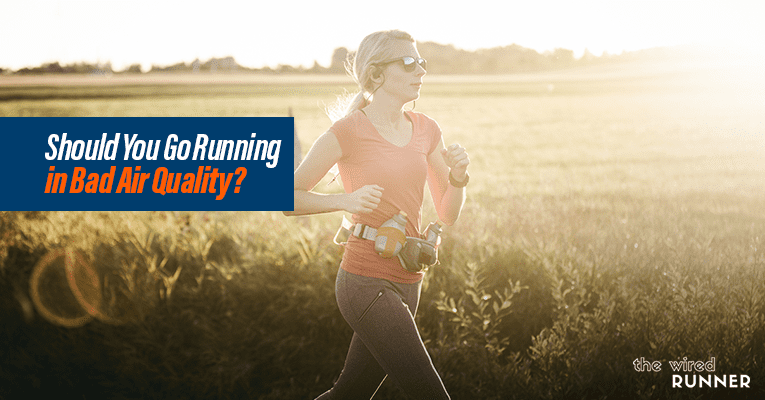 Why is Running in Bad Air a Problem?

When you run, you naturally breathe faster and harder than usual. The increased aerobic activity means your lungs work harder and you end up taking more air into your lungs.

This is so that more oxygen gets into your bloodstream, carrying O2 and nutrients to your muscles to help you perform better.

Even apart from these little particles, you’ll be inhaling things like carbon monoxide, sulfur dioxide, and other chemicals. These can cause a range of health problems, from simple things like allergies to more serious complications, like oxygen inhibition.

Air pollution sources are many and varied! Some of the most common include:

Long-term damage to the lungs and muscles can occur when you run often in bad air quality. But there are also acute, short-term health problems that can happen after just a few runs in this kind of polluted air!

Here are just a few of the most common health problems that stem from prolonged exposure to bad air quality.

Even if you’re just on a vacation or a business trip in a place that happens to have bad air quality, going for a run in these conditions can have adverse effects. Some of these bad effects include:

A lowered immune system can lead to colds and flu, a lack of energy, and reduced sleep quality. In some cases, if the immune system doesn’t have the opportunity to strengthen again quickly, it can lead to long-term health problems.

Long-term exposure to poor quality air can eventually lead to irreversible lung damage. This can increase the chances of developing conditions like asthma, emphysema, and other cardiovascular problems.

It also means an increased risk of strokes, heart attacks, and general ill-health. It’s hard to tell exactly what the outcomes may be, as there’s no way of knowing exactly what chemicals and particles you’re inhaling.

But the constant intake of foreign particles into the body also increases the chances of developing cancer and autoimmune disorders.

Is the Smoke from a Wildfire Bad for You?

Inhaling smoke of any kind is bad for your cardiovascular health. So yes, if there’s a wildfire in the area and you’re planning on going for a run, be aware that inhaling the smoke can cause a variety of negative health issues. 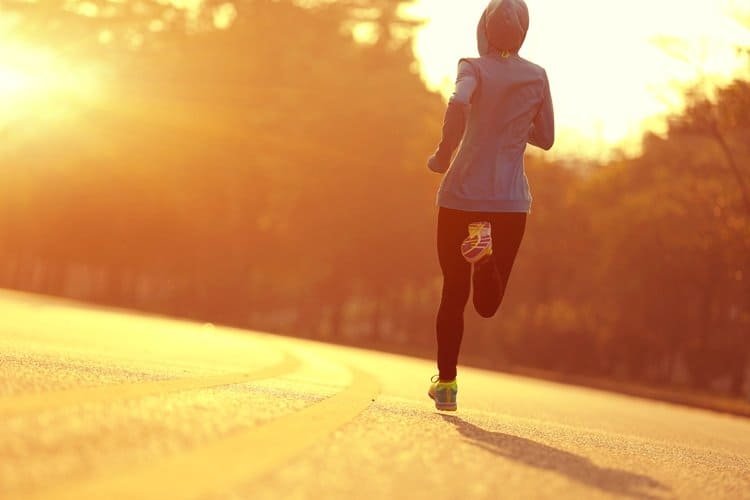 Smoke consists of a mix of gasses and tiny particles that are given off when organic matter burns. These particles are so small that you won’t be able to see them with the naked eye, but they get into the lungs very easily, where they can cause chaos in the body.

They can become embedded in the lungs, wreaking havoc with circulation and causing inflammation in the lungs, blood vessels, and throughout the body.

Should You Give Up on Running in a Polluted Area?

If you’re only going to be in the area for a few days, we advise taking a short break from your running. There’s no point exposing yourself to bad air which could leave you ill, and potentially having to take a break when you get back to good air quality!

However, if you live in a place with bad air quality, the benefits of running do outweigh the cons of being out in the bad air.

Considering you’re going to be exposed to the bad air anyway, you can’t just give up exercising! The benefits you’ll gain from regular exercise beat the risks associated with being exposed to polluted air.

However, it’s worth getting a doctor’s advice. If you have underlying health conditions, your doc may advise against being out in the air. Double-check with your healthcare provider if you’re worried!

Who Shouldn’t Run on a Bad Air Day?

If you wake up to a bad air day, you may need to weigh up the pros and cons of taking a run on that particular day. However, there are certain people who should completely avoid exercising in bad air conditions.

Don’t run in bad air quality if you:

Young children should also avoid being out in bad air, as their respiratory systems are still in the process of developing.

When Is Air Pollution the Worst?

The air quality takes a dip during winter. It makes sense, really, because when it’s cold, there’s a whole lot more wood-burning, or things like people idling their cars for longer to keep them warm.

It also becomes more difficult for the polluted air to rise and disperse in winter. The air tends to become trapped closer to the ground as hot air rises and forms a sort of “lid”, effectively keeping the polluted air closer to breathing level.

But heat waves can also increase the chance of polluted air. As the air becomes stagnant in the heat, it can trap pollutants and make it hard for them to disperse like they normally would. 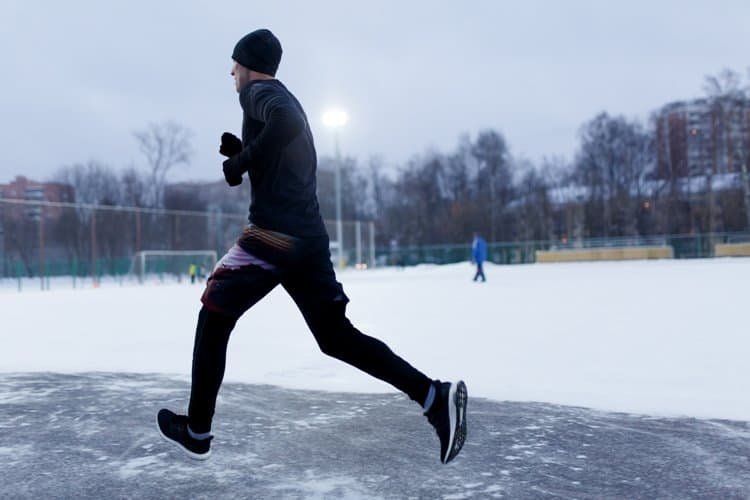 Also, dry and drought-like conditions can increase the chance of forest fires. Smoke from these fires can drastically decrease the air quality.

How to Reduce the Risks Associated with Running in Polluted Air

If you have to spend time in a polluted place, you don’t have to give up exercise. Here are a few ideas for making running in bad air quality easier and safer.

This is when a treadmill is a godsend. On bad air days, exercising indoors could be the best choice to protect your lungs but still get a great workout in.

If you don’t have a treadmill, you may need to alter your plans slightly and go for a cross-training workout instead of a run.

You can still get a good workout using an elliptical machine, a stationary bike, a rowing machine, a jump rope, or any other piece of equipment.

If you can, try to run when there’s not a lot of traffic on the road. If you can’t get out for a run when the traffic is quieter, try finding a route a little further away from the hustle and bustle.

Just being a little further away from the exhaust fumes can make a difference! On the other hand, if you struggle with a pollen allergy, you may prefer to steer clear of parks or trails instead.

Run in the Morning

Air pollution tends to worsen as the day goes. If you’re able to run in the early morning, especially if it’s before rush hour or in a spot away from traffic, you may be able to miss the worst of the pollution.

Wearing a mask could provide some protection against polluted air. You can consider a proper anti-pollution mask, which uses a one-way valve to prevent particles from reaching your airway.

Or, you can simply try using a balaclava or neck gaiter to cover your nose and mouth. This is particularly helpful in cold weather, as it serves the dual purpose of protecting you from pollution and from the cold air!

It’s a great idea to check out the daily air quality index so you can prepare for the day’s air. Thankfully, it’s easy to find online. Check out:

Simply search for your state, city, or zip code to find up-to-date air quality information for your area.

If you do end up going for a run in questionable air quality, try to stick to shorter runs. Under an hour is best, to limit your exposure to unhealthy air.

If there are long runs in your training program, it may be a good idea to keep those to the treadmills and do your shorter ones outdoors.

Listen to Your Body

Pay close attention to how you feel. If you begin to experience any symptoms that could be associated with poor air quality, it’s probably best to take a bit of a break until you’re feeling better.

If you catch your symptoms before they’re bad, you can keep exercising but stick to being indoors. However, if you’re having a hard time with severe symptoms, rest until your body is better.

Is Running in Place an Effective Workout?

Can You Run With Bronchitis?

The Runner’s Guide to Menopause