Did you know that walking and running backward contribute to good health in China? The Chinese have a saying: “A hundred steps backward are worth a thousand steps forward.”

But if you’re a forward runner, you may never have considered running backward. It seems unnatural, but evidence suggests some benefits you don’t experience when running like normal.

Here are the advantages, disadvantages, and some tips on running backward safely and doing it right if you want to add this unique method to your training. 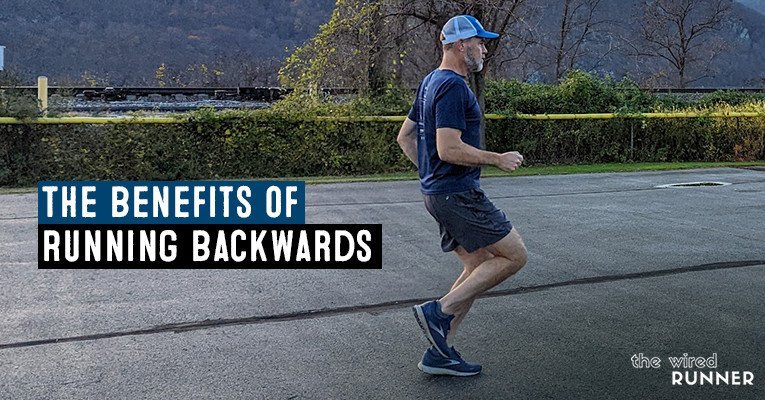 What Is Backwards Running?

Backwards running is exactly as it sounds. It’s when you run… But in reverse. You move backward instead of forward as you run, and yes, it might look a little strange.

It may also be known as retro running or reverse running, and you may be surprised to learn that some professional athletes employ this technique to help improve their performance when running forwards.

Of course, you can run backward for the sake of it—check out the world records for backwards running! Whatever your reason, it’s great to add to your training plan.

The benefits of adding backwards running to your training schedule are many. It may look like a gimmick, but it has some legitimate advantages!

Lower Impact On the Joints

The mechanics of running backwards mean significantly less impact on your knee and ankle joints than when you run forwards. During this form of running, runners almost always land on their forefoot, which also takes stress off the heel bones, especially for natural heel strikers.

While we don’t recommend running backwards too often, it’s a great way to get an easy, recovery run in without adding any extra strain to your joints.

Thanks to the low-impact, light-landing, forefoot nature of running backwards, it’s an excellent way to exercise while rehabbing for existing injuries. If you’re struggling with knee pain when you run normally, backwards running could bring relief, due to the lack of jarring on the landing and an extended range of motion in the knee.

But not only the knees benefit from backward running. It can help to reduce shock on the groin, hip, hamstrings, shins, and lower back. For this reason, it’s an excellent way to stay in shape, burn calories, and protect your joints when you suffer from existing lower body injuries.

Running backwards has a similar effect to running hills. It provides a greater cardiovascular workout than plain old front-running, so it can go a long way toward improving your cardio fitness.

With increased cardiovascular fitness comes better performance when you run normally. Adding backwards running to your training plan can help you improve your times when running forwards.

Along with a more taxing workout on your cardiovascular system, you’ll burn more calories running backward than running the equivalent time and distance forwards.

If fat loss is your goal, adding this to your weekly exercise schedule could be beneficial. This study indicates that backwards running can make a big difference to body composition as well as performance.

Many runners are quad-dominant, which means the hamstrings and glutes are less developed and play less part in the running stride than the quads and calves. 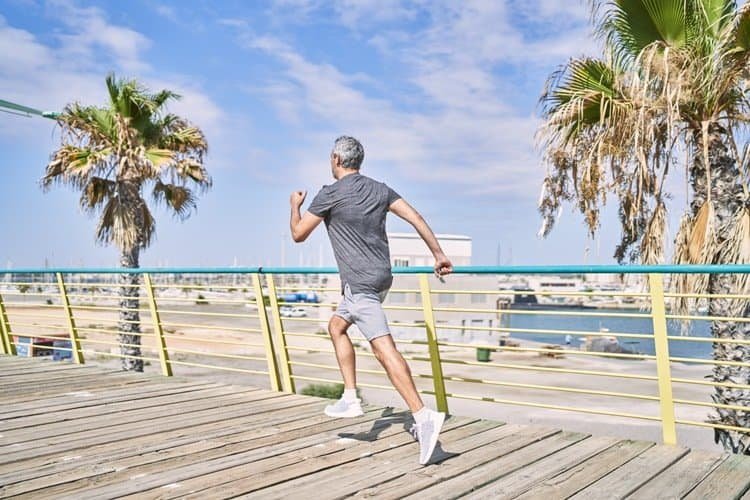 However, backward running can strengthen the hamstrings and glutes, eliminating muscle imbalances and improving your running form.

It’s impossible to run backward and lean forwards at the same time! Running backwards forces you to run in a more upright position. This can carry over into your forward running, positively affecting your running form.

Improved posture extends into everyday life, such as walking, standing, or seated behind a desk.

Running backwards is a great way to have a bit of fun! It’s also a new challenge that most runners will soon realize is more tricky than it looks. Adding it into your training program regularly can have a positive effect in many ways, but it also eliminates some of the boredom that comes with just another easy recovery run.

Are There Any Dangers?

Running backwards is something most runners are not used to. There’s a bit of a learning curve that comes with it, so don’t expect it to be easy from the start.

You will need to get used to looking over your shoulder to make sure you aren’t going to bump into anything, step in potholes, or fall off the curb. This action could place strain on the neck and shoulder muscles.

Due to these two factors, there’s a slight risk of injury if you don’t choose your location very carefully. Of course, you may also get some funny looks from others!

How To Do It Safely

Interested in learning how to run backwards? Here are our best tips for running backwards with the least chance of injury or eyebrow raises!

It’s best to choose a location that’s fairly flat and devoid of hazards. You should avoid places where you may come across:

One of the best places to run backwards is the track. It’s flat, has a great surface, is easy to measure distance, and has no unexpected hazards. You can also try a flat, closely-cut park or even the beach.

You won’t be able to run backward at the same pace as you can run forwards. It’s important to understand this and start slowly to avoid injury. 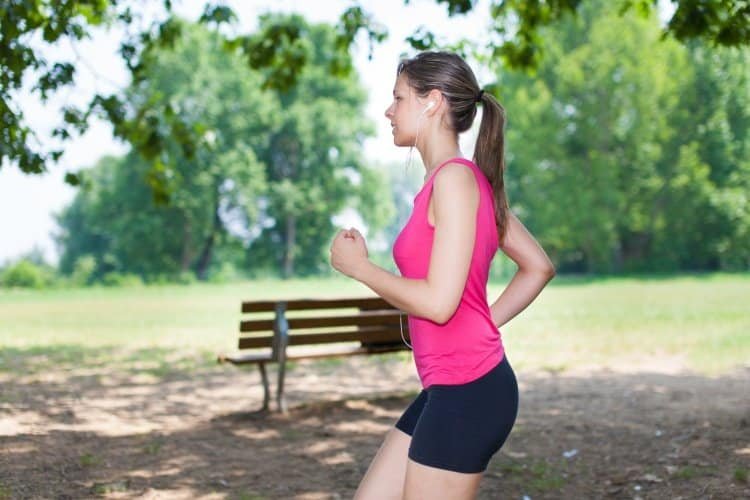 It’s a good idea to start off walking backwards and increase your pace gradually over time. You may also be surprised at how much effort it takes to run backwards, so do not overdo it initially.

A few 30-second intervals at the end of your regular easy runs is a good way to begin. The better you get, the longer you’ll be able to run. Once you’re used to it, you can use these backward running sessions in the same way you incorporate speed work intervals.

You should aim to keep your shoulders over your feet, land on the ball of your feet—although this should come naturally—and stand upright and not lean backwards while running. Keep your arms close, and try not to lift your feet too high.

However, turning your head this way can place excess strain on your neck muscles. We recommend alternating between looking over each shoulder and briefly holding that position.

This is why choosing a safe location is important—if you know the surface behind you is safe, you can run for sections without worrying about what’s behind you. A track is ideal, as all you need to do is check now and then for a curve to follow.

When you start out, you aren’t running long distances backwards. To reduce strain on your head, neck, shoulders, and spine, we advise starting out with short bursts rather than ambitious long runs.

You may also accidentally overtrain if you push yourself too hard with backwards running. Due to the increased calorie burn and a higher level of cardiovascular activation, it can be easy to overdo it inadvertently.

Got Runger? How to Manage Running and Hunger