Home » Training » 7 Tips For Running Against The Wind

7 Tips For Running Against The Wind

Most of the time, running outside is great. You get to see wildlife and great scenery, and as long as you’re wearing the proper gear, the temperature typically doesn’t matter unless it’s super cold or hot and humid.

However, there is one exception: running against the wind.

No matter how long you’ve been a runner, there’s a good chance that you still hate running into the wind. It just makes it so much harder to run and to push through your workout.

If so, this article is for you. We’ll cover tips to get through these challenging workouts. 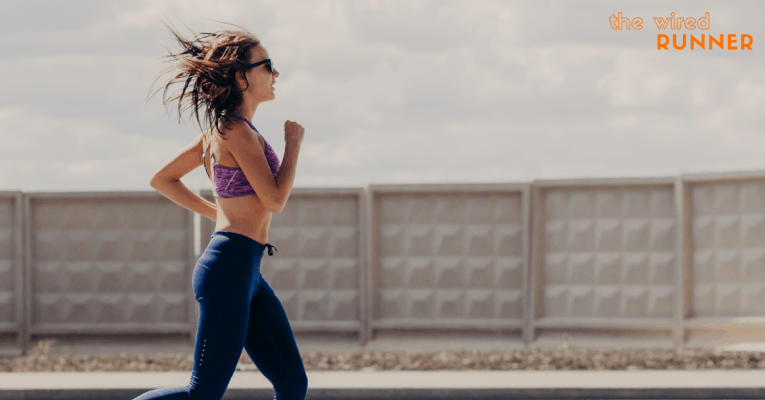 Why Is Running Against the Wind So Hard?

Although all runners acknowledge that they’ll get better with hills the more that they train on them (which is why many pros train in the mountains), I don’t think people typically feel the same way about wind.

However, it’s exactly the same. You’ll get better running against the wind the more you do it. And instead of avoiding it, you might want to consider seeking it out to help yourself become a faster and stronger runner. So, let’s look at the numbers to see how much wind impacts you.

How Much Slower Do You Run in the Wind?

If you’re dealing with substantial wind, – sustained at around your running pace – you’ll be more than 10 seconds slower per mile when you run against it. The strong er the wind, the more you will be slowed by it.

As a rule of thumb, estimate that you’ll go between 10-30 seconds per mile slower depending on how fast you run and how windy it is. That means if you typically run a 9:00 mile, it will be more like 9:10-9:30 running against the wind.

Do You Gain Speed Running With the Wind?

While you do gain some speed running with the wind, it’s not as much as you lose running into it. This is very similar to hills. You’re looking at gaining an extra 5 seconds or more running with a tailwind.

This means that if you do an out and back, your mile times will still average 5-25 seconds slower than usual, even accounting for the help that you get with a tailwind. If you typically run a 9:00 mile, you’ll be just under at 8:55.

What are Some Tips for Running in the Wind?

Now that you know a little bit more about why it’s so hard to run against the wind, let’s look at some ways that you can make it better.

First, the best thing you can do is have a PMA (positive mental attitude). Instead of expecting the run to be easy—even if that’s what you thought your run would be in terms of pace—understand that the run will be hard. 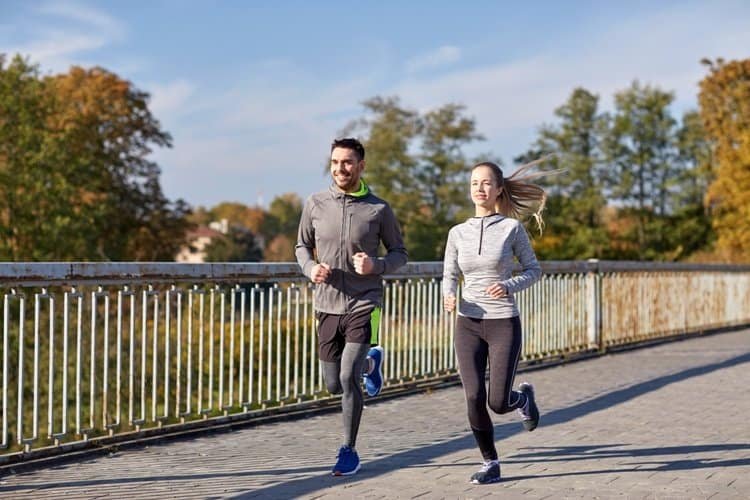 Think about why you started running in the first place and try to have a sense of gratitude. Even though it’s going to be tough, there are some people that can’t run at all due to physical conditions, so it’s a huge gift to be able to run at all.

Even use the wind to your advantage. Think of it as a hard training run that’s similar to a hill workout. Remind yourself that this is making you a stronger runner. Deena Kastor talks about doing this in her book, Let Your Mind Run, and how it made such a marked difference in her enjoyment of challenging runs.

2. Concentrate on Intensity, Not Pace

If you’re wearing a GPS watch, don’t be constantly staring at it to see what your pace is. It’s going to be slower than usual. Instead, focus on intensity, like you’d do for running up hills. If you’re trying to do a hard workout, make sure that you feel like it’s challenging.

If your pace happens to be 30 seconds slower per mile than it usually is for a hard workout, don’t sweat it. Instead, focus on staying strong in the wind. It will require a lot of mental fortitude, so don’t put extra pressure on yourself by looking at your watch.

The best thing you can do is get in cruise control when the wind is really bad, so it’s likely not the day for intervals. Just get to a pace that is comfortable for you and in line with your workout plans for the day. Keep that pace, no matter what the numbers say.

Again, you should handle wind like you handle hills. You’ll want to take short, quick steps. This will help you avoid overstriding, and will give you a faster turnover. Making sure that you’re using proper running form will help you stay more comfortable.

That being said, you’ll want to lean into the wind more than you normally would. Rather than fighting against it, push just slightly against it. Your body will be able to feel the difference when you turn around and are running with the wind. It won’t feel like you’re pushing against something anymore.

The right gear usually makes all the difference, but it’s especially true for running against the wind. Make sure that you’re dressed appropriately with a wind jacket. If you don’t have one, you might want to consider purchasing a windbreaker if wind is common in your area.

Don’t forget to wear tights if it’s cold. You can always wear them underneath your shorts if you need a little extra protection.

Finally, make sure that you stay aerodynamic. Wear clothes that won’t flap in the wind or get blown off like a cap. Even if you always run in a hat when it’s sunny outside, opt for shades instead in the wind because they should stay on your face unless it’s really strong. And if it’s windy enough to blow sunglasses off your face, maybe consider taking the day off.

5. Be Careful in Gusty Conditions

If it’s especially gusty, you need to make sure that you are cautious. Be especially wary of falling branches or other debris. Days with strong wind are good days to leave the headphones at home so you can hear things falling. This is even more true for trail runners and those running on wooded paths.

And don’t discount the risk of strong gusts pushing you someplace you don’t mean to step. This could be pushing you a couple feet into oncoming traffic, or pushing you off the edge of a sidewalk. For safety, try to run in a straight line. You’re going to be more aerodynamic and fight the wind more by running straight rather than being more haphazard.

Additionally, it’s going to make it easier for you to put one foot in front of the other when you’re running in a straight line. You also might want to enlist a friend (or more) to run with you on windy days.

Then you can use each other to take turns blocking the wind, and it will make your run more enjoyable because you’re getting some social interaction. But if it’s too gusty (especially if you’re alone), don’t be afraid to call it quits. You don’t want to endanger your life.

If you want to get a run in but don’t want to be fighting the wind the majority of the time, you can always do an out-and-back. This is great if you just need to run a particular distance or are trying to get a run in for a streak.

Start running against the wind. Then, when you reach your turnaround point, it will make the return leg significantly easier if you are with the wind. That being said, it is always good to train your body to run against the wind even if you’re tired, because you might have to do that during a race.

7. Skip the Run or Take It Inside

Finally, if you’re tired or aren’t feeling like a run in bad weather, it’s okay to hit the gym and run on a treadmill instead. Or you could always take the day off. Whatever is going to work best for you.

Just make sure that skipping the run due to the wind isn’t going to turn into something where you don’t run for a while because you let one excuse slip in and then you get off your routine. If you think you’re likely to do that, it’s best to go for the run even if it’s windy.

The good news is that not every day is windy. And if you use the wind to your advantage, it will make you a stronger and faster runner. While you might not want to deal with it every day, I think we can all agree that sometimes it’s good to do hard things.