Home » Training » Should Runners Use An Altitude Tent?

Should Runners Use An Altitude Tent?

Altitude training has always been something that endurance athletes and ultra runners have done to prepare themselves for the grueling challenges they put their bodies through.

But in recent years it’s become a training tool that athletes of all kinds use to improve their performance and increase their fitness.

But does it work? Is it effective? And if you can’t just train in a high-altitude place, should runners use an altitude tent?

Here’s the low-down on this high-up kind of training. 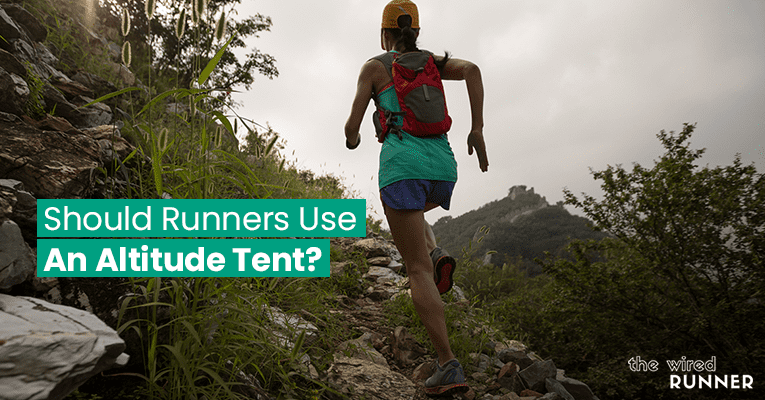 What is Altitude Training?

Altitude training, also known as prolonged hypoxic exposure, is a type of training that’s done at high altitudes. That is, 7,000 to 8,000 feet above sea level (or even higher).

This type of training can be hugely beneficial for athletes. Because the atmosphere is quite different at higher altitudes, less oxygen is delivered to your muscles with each breath.

Now apart from glucose, your muscles need oxygen to perform. Regularly training at a high altitude can, over time, help your body to adapt to working with less oxygen.

Then, when you take part in a competition at normal altitude, your body is flooded with much more oxygen than it’s used to. So it gets kind of supercharged and your performance skyrockets!

How Does It Help Performance?

To understand how altitude training helps performance, it’s necessary to know how being at a high altitude affects the body.

Why Is It Harder to Breathe at Higher Altitudes?

There’s a common misconception that the air is thinner at a high altitude, or that there’s less oxygen available in the air. In truth, the oxygen levels in the air are the same at all altitudes – it’s about 29%.

But the bigger issue has to do with barometric pressure. At low altitudes, the heavier pressure of the air helps to “push” oxygen into your lungs.

But because the barometric pressure is less at higher altitudes, there’s less air pressure to help push oxygen into your lungs. That’s why it seems like so much more of a struggle to breathe easily at high altitudes.

What Happens In The Body?

When you’re living or training often in a hypoxic environment (that is, one where you’re receiving less oxygen than usual), it kicks off a reaction in the kidneys to stimulate the production of erythropoietin (EPO).

This compound is sent to the bone marrow and it causes a noticeable increase in red blood cell production. Red blood cells are the things that carry oxygen molecules throughout the bloodstream, to muscles and organs.

More red blood cells mean that there are more carriers of oxygen molecules. So more oxygen is taken in through the lungs and carried to the organ and muscles to help them perform.

What Effect Does This Have On Performance?

You can’t just train at altitude once or twice and expect to see significant results. Altitude training needs to be a consistent effort, often for many months, before the body begins to reap the benefits.

When the body begins to get used to working at high altitudes, working harder for its oxygen, and producing red blood cells, this is when moving back into a low altitude environment can produce great results.

The added air pressure helps oxygen to flow more freely into the lungs and into the bloodstream. The athlete’s increased number of red blood cells means there’s much more oxygen coursing through the body than usual.

This means you can run faster for longer before becoming fatigued. Your muscles will be able to handle bigger loads, thanks to the amount of oxygen in them. 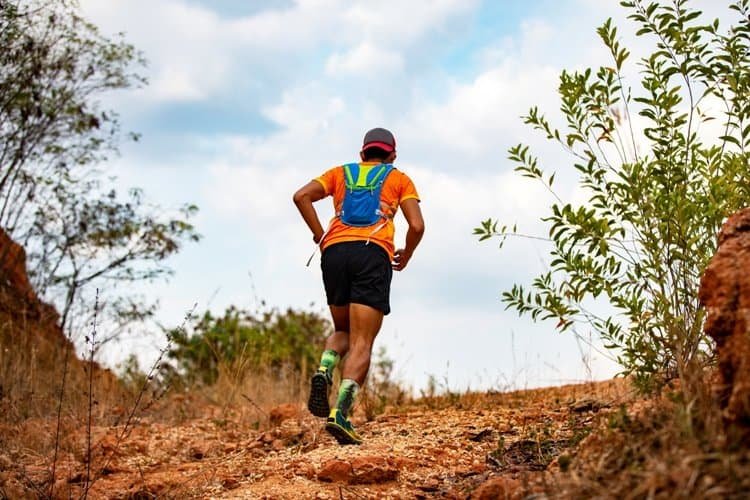 It’s important to note, though, that the estimated performance enhancement is just 1 to 2% in elite athletes. So as much as the evidence is there for improvement, it’s not clear how much of an improvement casual athletes might gain from it.

What is an Altitude Tent?

An altitude tent is a device that’s used to simulate the conditions at a high altitude.

If you’re keen to try altitude training but you can’t just pack up and move to another place, then an altitude tent is the best bet.

They’re designed to be slept in, so the athlete’s body becomes used to living and breathing in those conditions. It’s a good alternative to actually living and training in a high-altitude area.

What’s the Difference Between Being At Real Altitude and Being in an Altitude Tent?

While being at a high altitude means a lower barometric pressure, sleeping in an altitude tent is somewhat different.

Technically, the tent doesn’t change the barometric pressure. Instead, it simply lowers the concentration of oxygen inside the tent, which has a very similar effect.

This is achieved by means of a “hypoxic air generator”, which displaces some of the oxygen inside the tent with nitrogen.

So although you won’t be having difficulty breathing in due to pressure, you’ll be receiving roughly the same amount of oxygen you would at those pressures.

So the effect is, technically, exactly the same.

What are the Different Types of Tents?

Altitude tents come in a few different styles. But ultimately, they’re just the same as a normal tent. They may come in different shapes and sizes, but they all do the same job.

Considering the job these tents perform, you won’t see any kind of ventilation on them. They often use clear plastic “windows” to allow light into the tent, but you won’t find any mesh or vents. Stale air escapes the tent through seams or zippers.

There’s usually a single door to the tent, zippered, so people can enter and exit without disrupting the atmosphere much.

Smaller tents can be placed on the bed, and are designed to fit the entire mattress inside the text, so the tent bottom stands on the bedsprings. Or, you can get a larger tent, which is tall enough to stand in and has enough space for a bed, bedside tables, and possibly even a sofa.

The generator (which creates the oxygen and nitrogen mix that’s pumped into the tent) is attached via long air hoses. Sometimes they’re long enough to be able to place the generator in another room, which helps to reduce noise.

Pros and Cons of Altitude Tents

Altitude tents can be a great tool, but they’re also not for everyone.

Here are some of the pros and cons you should be considering if you’re thinking about getting one.

As mentioned, altitude tents can be extremely useful if you want to do this type of training but can’t just drop everything and move somewhere with a high altitude. 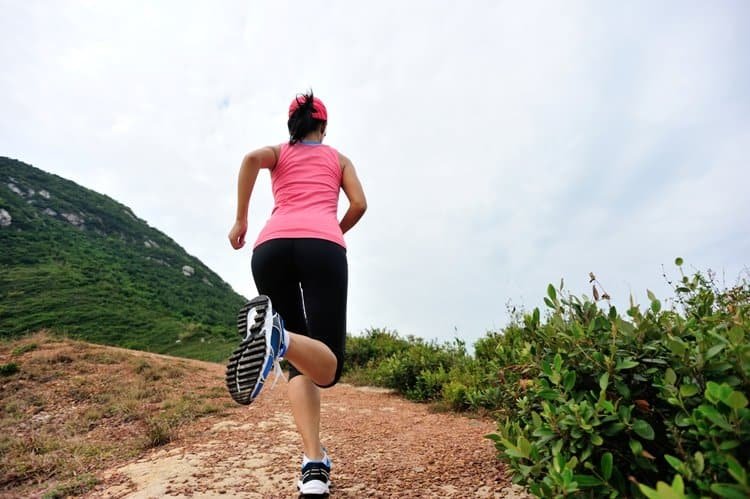 These are some of the big thumbs-up you can expect if you choose to invest in one.

The mechanics of an altitude tent make it an excellent, effective way to acclimate to higher altitudes. Despite its price tag, it’s cheaper than spending half the year in another country to train!

There’s also some evidence to suggest that spending time in an altitude tent after a workout can help to accelerate recovery.

Considering that being in an altitude tent stimulates the production of red blood cells and therefore increases oxygen circulation, it makes sense that the muscles will receive oxygen- and nutrient-rich blood to help heal them faster.

Like all things, altitude tents do have a few disadvantages. These are the things that may put you off investing in one.

Can Be Easy to Overheat

Breathing less oxygen can be tough! The body has to work harder than usual, which could lead to a raised body temperature. If you’re prone to overheating, you’ll need to be extra careful in an altitude tent.

May Not Be Suitable for More than One Person

The oxygen level in your tent may work for you, but it could be incredibly uncomfortable for your significant other. This may make sleeping next to each other difficult.

Your partner may end up sleeping in the spare room for the duration of your training if they feel they just can’t breathe properly inside the tent.

If you choose to keep the generator in the same room, chances are it will be noisy. Even if you keep it in another room, you’ll most likely be able to hear it humming and buzzing away.

It may take some time to get used to sleeping with this humming noise in the background.

Your bedroom won’t quite be the same once you’ve invested in an altitude tent. You won’t just be able to flop down on the bed anymore, because it will either be completely inside or covered by your tent.

While this may not be an issue for you, you should definitely double-check with your spouse before investing!

The generator also takes up space, and there are air hoses that will stretch across the room between the generator and the tent.

An altitude tent isn’t a cheap device. You’ll be paying a good bit of cash for one, and if anything goes wrong, maintenance will cost you quite a bit as well.

You should also be prepared for your electricity bill to increase as you’ll be running the generator often.

Who Would Benefit Most from Using an Altitude Tent?

Runners can see some benefit from the use of altitude tents. But it’s hard to justify when the evidence suggests that elite athletes only get a percentage or two of improvement.

That being said, if you’ve got the money and inclination, there’s nothing to lose and possibly some performance to gain.

Altitude tents would be most beneficial for those who are planning on traveling or moving to a high altitude place or mountaineers who need to learn to adjust to fluctuating pressures and oxygen levels quickly.