Home » Beginners » Rowing vs Running – Which is a More Effective Workout?

Rowing vs Running – Which is a More Effective Workout?

Rachel Basinger
Rowing machines have become quite popular in recent years. With their increases presence in gyms and homes, you might wonder whether you should swap your treadmill workout for some time on a rowing machine.
In this article, we’ll discuss the similarities of rowing and running, with a side-by-side comparison for you to decide what’s going to be best for you! 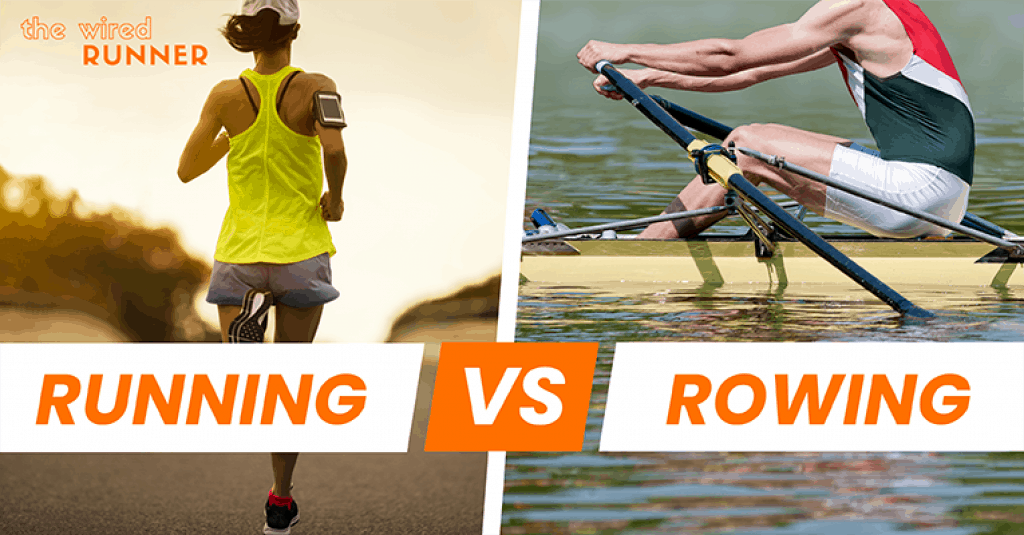 In reality, both running and rowing are amazing cardio workouts. All the cardio benefits you associate with running you can apply to rowing.

Something that’s unique to many rowing machines, though, is that you have an option for added resistance, meaning that you can train to increase your VO2 max and work toward your target heart rate.

While fancy treadmills and interval training also do that, it’s not something you’re going to find on your average treadmill. But you will find the feature on many rowing machines.

Running is a high-impact sport, which means that it’s very hard on your joints. Many runners suffer from all sorts of pain – knee pain, back pain, foot pain, and more.

By contrast, rowing is low-impact and is not weight bearing, so you’ll experience less stress on your joints. If you’re someone who has joint pain or who suffers from arthritis, rowing could be a great alternative to running for you.

Remember that you’ll be rowing while seated, so you’re not working against gravity like you do when you run. Also keep in mind that people who are recovering from an injury or surgery typically use rowing machines to gain strength, so you know they have to have an easier impact on your joints as compared to running.

Remember, though, that to avoid joint pain, it’s important to keep good form. When you row, make sure that push off with your full foot, including your heels. If you push off in this way—instead of with your toes, you’ll put less force on your knees.

One of the most common ailments of rowing is lower back pain, which will happen if you don’t sit up straight. But if you do it right, you’re less likely to experience pain from rowing as compared to running.

The American Council on Exercise found that a 150-pound individual will burn 181 calories running for 30 minutes at a pace of 5 miles per hour (12-minute mile), while they would burn roughly 158 calories for the same amount of time rowing.

But it does all depend on the intensity and length of the workout. Plus, you might be able to push yourself harder on one workout or another, so there’s a chance that rowing—rather than running—might be the better workout for you in terms of calorie burning.

Rowing machines still elevate metabolism for several hours after a workout, so you might experience more calorie burn. Additionally, it’s better for overall weight loss because you’ll build more muscle than from a simpler cardio workout such as running. 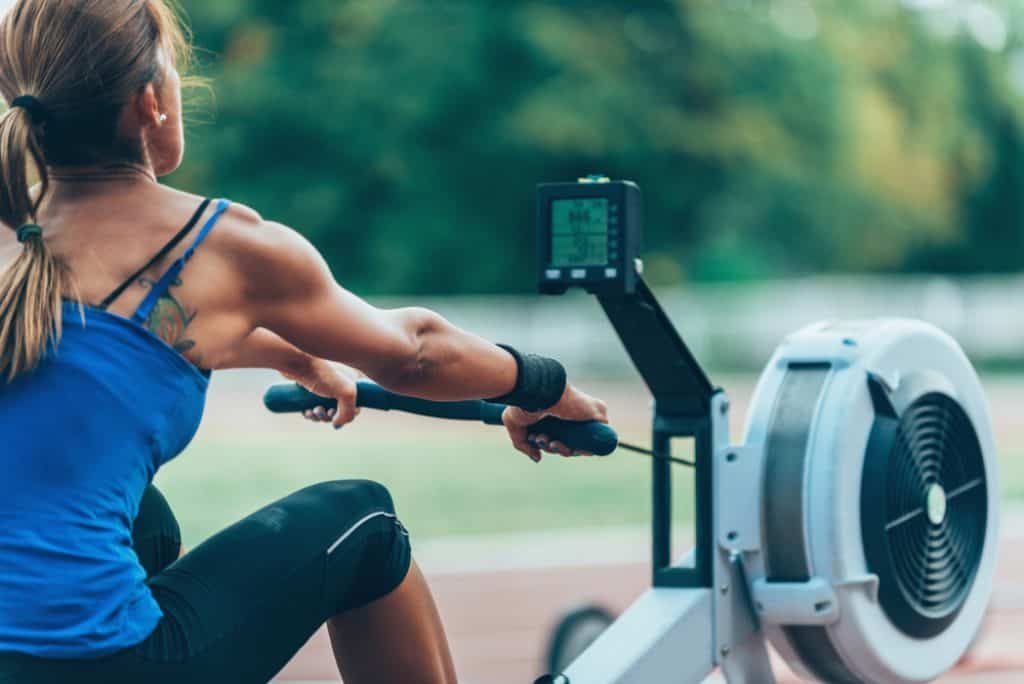 Dr. Cameron Nichol, a medical doctor, former Olympic rower, and two-time world silver medalist, believes that rowing is the “most time-efficient total body workout.” While we do have to take his statement with a grain of salt, let’s look at the reasons why he would say that.

You’ll get a similar calorie burn, but you’ll activate more muscle groups with rowing as compared to running. Nichol suggests that because you’re activating 85% of your body’s musculature, rowing is a better workout than running for the same duration.

I’ve done a bit of both outside—both rowing on water and pounding the pavement at a fairly fast clip. Rowing hands down is the better workout. I would come home after 2-3 hours of rowing on the water and eat everything in sight (and I’m a pretty small individual).

Even after I run 12 miles at an 8:30 pace, which isn’t super-fast but definitely a respectable speed, I’ll be a little tired when I get home and eat some food, but it’s not the same. If I run early in the morning, I can forget that I run. That was not the case for rowing.

And this is also the experience of top rowers. In order to get the full benefit of rowing, you’re going to have to exert yourself more than running, meaning that you’ll feel more tired at the end of your rowing workouts.

Plus, unlike running, where the treadmills might be filled up, you’ll often find the rowing machines free because people find them a little intimidating. That makes it better if you have to squeeze in a workout!

Running gets the award for this category because if you run outside, it doesn’t cost you any money to go running. However, if you prefer the treadmill and the gym, rowing would be an equivalent cost.

Remember, though, that rowing is a great option year-round while running always gets more expensive in the winter because it can be much too cold and dangerous to run outside. Plus, you can use a rowing machine (or treadmill, to be fair) during the hot summer months as well.

Even if you wanted to purchase your own rowing machine, it’s going to be a similar cost to a treadmill – maybe a little less expensive. But we’re talking about $1,000 for a good rowing machine. You’d probably have to spend a little bit more for a similar treadmill.

When you run, you’re primarily using muscles in your lower body: quads, hamstrings, glutes, hip flexors, and calves. Because your abs and biceps are supporting muscles, you will also strengthen them to a certain degree.

With rowing, however, you’ll exercise more muscles in both your upper and lower body. You’ll also strengthen your abs (as a primary mover) and back muscles in your core. Plus you’ll develop arm strength in your deltoids and biceps.

If you’re looking for the best lower body cardio workout, you can’t beat running. But for a cardio workout that works more of your body, rowing is definitely better.

A rower is going to have a stronger upper and lower body than a marathoner. That’s because in rowing you have to use the legs to push and the upper body to pull. This will also require a lot of endurance.

By contrast, the marathoner will be lean and mean with less body fat but also less muscle strength because of an increased cardio engagement while running.

In the end, it depends on what you’re looking for in a workout, whether rowing or running is more effective. For burning calories, running is likely going to win out, but for working muscle groups, rowing will.

In reality, it probably is best to do a little bit of both to get the best of both worlds—the cardiovascular benefits of running and the muscle and endurance building of rowing.