Home » Shoes » adidas » Nike Vs adidas – Which Brand Is Right For You?

Nike Vs adidas – Which Brand Is Right For You?

Yankees versus Red Sox. Gretzky versus Lemieux. Ali versus Frazier. Nike versus adidas. Legendary rivalries, all.

This installment of our shoe comparison series pits against each other the two undisputed heavyweights of elite running footware. In a world awash in wonderful running shoes, the good news is that there are so many shoes out there to match whatever needs your feet might have.

The bad news is that you do have to eventually come to a decision on what to buy. And if you pay much attention to the feet of the world’s best runners, you know that they are, almost always, shod in one of these two brands.

If you want to wear what the ultra-elites wear, but haven’t decided which brand, we’re here to help. In this article, we’ll look at Nike and adidas—two companies on the cutting edge of competition footwear, but who also make great shoes for the likes of you and me. 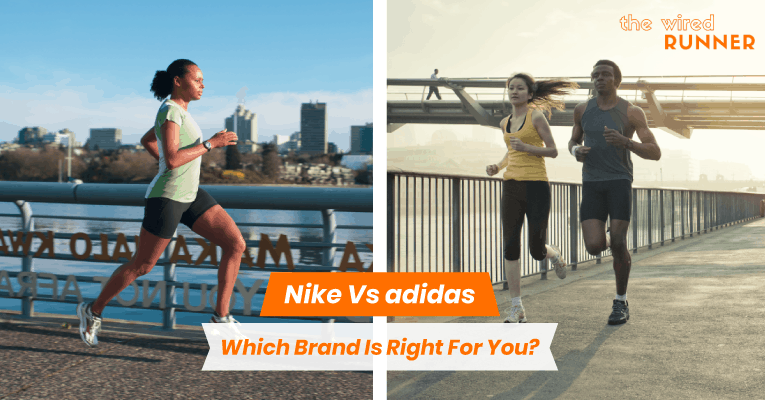 Let’s start with the basics. Nike was the first company to create and market a running shoe, which means that they have been doing it well for a long time. Obviously, the brand has become extremely popular across the world since then.

Nike is a big-budget company, and they can afford to sponsor an eye-popping who’s-who of elite runners (and athletes fro all sports). They also have the budget to drive research and innovation, and are at the forefront of the carbon plate/maximal midsole controversy.

It was the development of this shoe that prompted Nike to try to find someone who could run the marathon distance in under two hours. World records in distance events have been falling ever since. The men’s and women’s marathon and half marathon world records were set in Nikes. In 2018 at World Marathon Majors races, 25 of the 36 podium spots were won in Nike shoes.

Adidas is no slouch, either. Their shoes grabbed 6 of the remaining podiums. And like Nike, they have invested heavily in sponsoring elite runners and developing shoes for them.

You’ll still find classic running shoes for mere mortals, too, amidst Nike’s ever-expanding amounts of gear. They do tend to run narrow, so they’re probably not the best choice if you need a wide toe box or have wide feet.

Ironically, adidas isn’t typically known for making running shoes. Instead, they are better known for other sports like soccer, and fashion. But the running shoes they do make are the stuff of PRs and speedy dreams.

In terms of running shoes, adidas is best known for creating Boost foam that goes into most of their running shoes, which has been copied by Saucony and Brooks, among others.

For running shoes, it’s important to get a fit that is comfortable for you. Even if you technically need “narrow” shoes but a wider one feels better, you should go for that wider shoe because it’s more comfortable.

So it’s important to have an idea of how different brands fit. Obviously, there can be a huge variety since most brands have stability, motion control, neutral, and other running shoes, but you can get a good broad overview.

If you want a lightweight, breathable, and comfy upper, Nike’s Flyknit is sure to please. The fibers are high-strength without being high-weight, and are woven into a one-piece upper that fits like a sock.

Depending on the shoe, the knit patterns used vary. For some shoes, there is a tighter weave to give your feet more support. Others have a looser weave that’s more flexible.

adidas also uses lightweight ventilated knit uppers so that your feet are able to breathe and you’re getting a comfortable feel as you pile on the miles. I personally love knitted uppers because they are so comfortable, so you’ll have to see whether Nike or adidas feels better to you.

We’ll set aside the issue of the carbon plates in the midsole for now; this is not a feature of most Nike shoes. For traditional shoes, Nike recently came out with a technology known as Nike React. The idea is that the midsole has plenty of cushioning without having to cut back much on energy return or add a ton of weight.

If you squeez Nike React foam, it feels nice, cushiony, and pillowy before it springs back to its original form. This illustrates how it can both provide cushioning as well as great energy return.

As we mentioned above, adidas is known for their Boost technology, which first came out in 2013. It has amazing energy return but also provides several other benefits, including comfort, durability, flexibility, and temperature regulation no matter what weather you’re running in.

Adidas describes the cushioning of Boost technology as “like you’re running on tiny, precision-engineered clouds.” Many companies have imitated the Boost technology, and you’ll have to decide for yourself if it can match adidas’s original version.

No matter what running shoe you get from Nike, it will have a durable outsole. Some of their shoes use a thick rubber outsole like the latest version of the Vaporfly 4%. That shoe features deep grooves that help channel water. This means that it’s easier (and safer) to run when it’s wet. 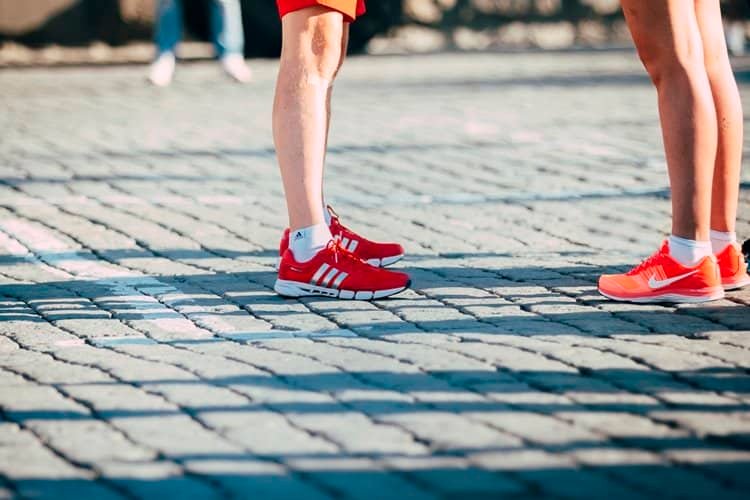 Depending on the technologies that you want and/or need, there might be a clear indication of which brand is going to be better for you. But if you’re still on the fence, you might want to think about other considerations.

Honestly, you probably will get about the same amount of durability no matter what running shoe brand you pick. One study found that Nike shoes deteriorated just as quickly as adidas shoes.

So it all comes down to how often you use your shoes, how hard you run in them, how the shoes fit you, and so forth. If one brand feels better to you than another, you’ll probably get more use out of those shoes because they are comfortable and your feet won’t have to do weird things to compensate.

Nike’s React technology is marginally lighter than adidas’s Boost technology. So if you prefer lightweight shoes, it might be a better option to go with Nike. But you can really only know by trying a few pairs on.

As always, it all comes down to personal preference. Some runners like Nike shoes just because of the swoosh and what Nike as a company stands for. It’s also an American company, which might be something that you want to support.

Nike spends a lot of time on design and development, but adidas does as well. Although both brands are globally known, adidas is still definitely a German company. Many people like adidas because of the extremely comfortable Boost technology.

To determine fit and comfort, you’ll have to talk to some friends and see what they wear and then try on some shoes in each brand to compare Nike’s Flyknit to adidas’s knitted upper and Nike’s React to adidas’s Boost.

Sometimes it all comes down to price, but in this case, it probably won’t make that much of a difference. The average price for Nike shoes is just under $120 while adidas will cost you just over $120.

While not everyone agrees, many people think that Nike shoes are the superior option in terms of getting the most bang for your buck. The company spends a ton of time on R&D, and the ubiquity of Nike apparel around the world confirms this fact.

In the end, you have to answer the question of whether you’d rather have the swoosh or the three stripes. But hopefully, this article has been a good start in terms of giving you things to think about and consider.

Whether you opt for the American company or the German one, you’ll definitely get a brand and a pair of running shoes that will last you for a while as you pound the pavement and get in those miles. 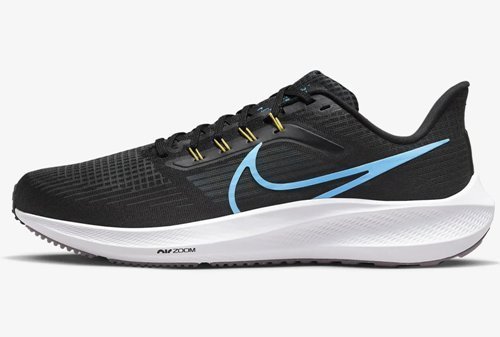 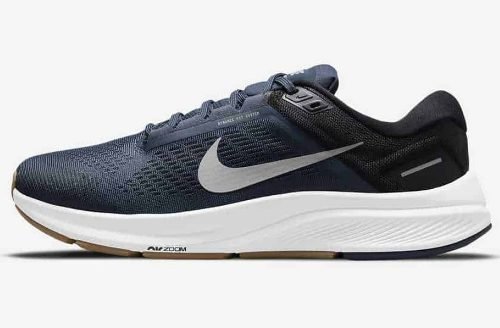 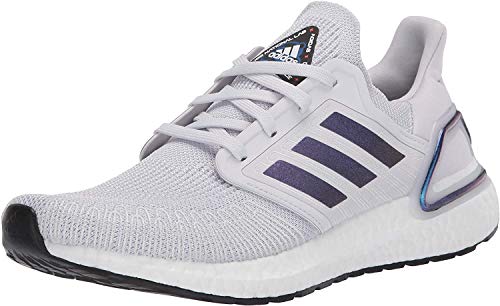 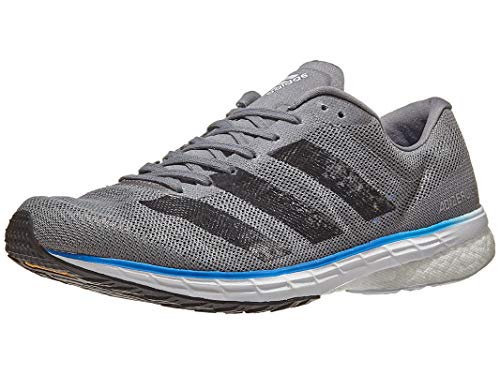 COROS Apex 2 Vs. Garmin Forerunner 255 – Which Watch Is Right For You?