Home » Shoes » Mizuno » Mizuno Vs ASICS – Which Brand Is Right For You?

Mizuno Vs ASICS – Which Brand Is Right For You?

When you’re shopping for running shoes, you want to get the brand that’s best for you. In this article, we’ll compare two great brands – Mizuno vs ASICS – so that you can figure out which of the two you should pick if you’re on the fence.

We’ll talk about shoe construction as well as other considerations like durability, cushioning, overall fit and comfort, and pricing. This way you can figure out what shoe best meets your needs. 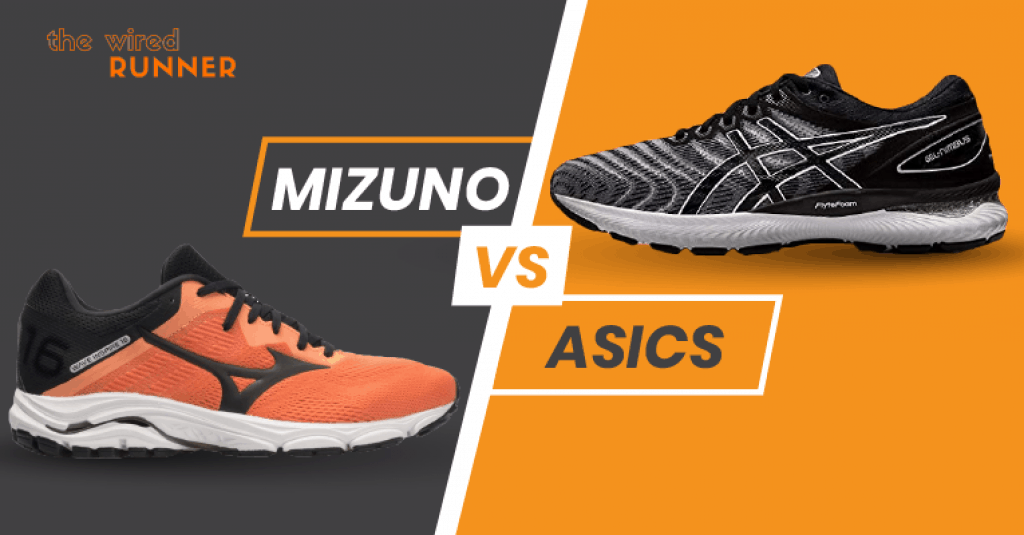 Both Mizuno and ASICS are Japanese companies well-known for their running shoes. Mizuno makes mostly lightweight, responsive running shoes. Their shoes’ unique feel comes from a wave plate in most of their shoes.

Mizuno is also known for making many other types of footwear and gear for other sports, from golf to baseball and softball to volleyball. They pride themselves for advancing sporting goods and promoting sports.

ASICS, on the other hand, is known for their GEL cushioning. It’s a brand that many new runners select because it’s had credibility for such a long time. It has a unique fit that is nice and snug in the midfoot and locks the runner’s heel in place.

Unlike Mizuno, ASICS focuses mainly on running, but they do have a large selection of casual shoes. And unlike some brands, they offer wide variety of  running shoe options, from value-priced to super-expensive.

Both Mizuno and ASICS shoes are known for being light. But since they employ very different designs, they aren’t going to have the same construction and feel. That’s why it’s important to know what is most comfortable for you.

Mizuno is known for a nice, breathable upper. They use a technology called WAVEKNIT, inspired by the wave plates in the soles. The upper is knitted in a wave pattern that provides a comfortable fit that is both natural and dynamic.

ASICS, however, is known for their FluidFit technology, a mesh system combining elastic and non-elastic fibers. The blend is especially effective at holding your foot in place.

That being said, the toe box for ASICS can run small, and ASICS shoes tend to have a snug fit in the midfoot and heel. Many runners prefer going up a half size. But if you prefer a snug, responsive, locked-in fit, ASICS are a good choice.

You’ll be doing the wave when you put on a pair of Mizuno shoes. They are known for their Wave plate technology that uses a TPU plate inside of the foam midsole. The idea is to disperse the force of impact to a larger area when you’re pounding the pavement.

Thanks to the Wave technology, you’ll get extra support around the arch, which will help to keep your ride smooth and stable. Different models have differently designed Wave plate shapes to account for different needs.

For example, Fan Wave is great for overpronators. Parallel Wave is good for runners with a neutral stride. Infinity Wave is ideal for those who need maximum cushioning. Depending on how you pronate, you’ll definitely want to find the Wave that’s best for you.

ASICS has been known for its pioneering GEL technology for years. It uses small bits of gel in the forefoot and heel of the midsole, which is supposed to help with heel striking. If that describes you, then ASICS might be a great fit for you.

ASICS also uses Flytefoam for their foam technology. If you need something super light, you can purchase the light version, which is around half of the industry weight standard. You’ll get plenty of foam life, and still be wearing amazingly light shoes.

You’ll get less energy return with Flytefoam (60-65%) than other running shoe brands, but it is still excellent, especially if you want a snug fit in your running shoes. 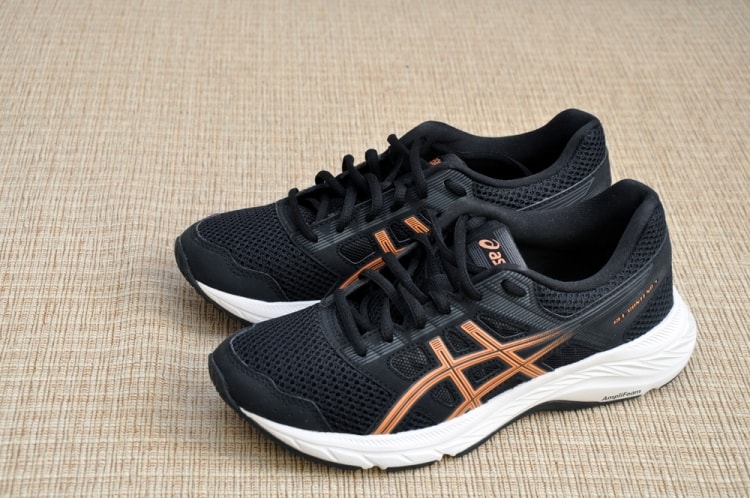 ASICS uses a heel counter to lock your heel in place and act as an anchor of support. They use traditional medial posts (Duomax), a type of high-density foam on the inner sides of the sole at the midsole. This will ensure that your shoe does not collapse.

Mizuno uses a soft blown rubber for the forefoot outsole, and a harder carbon rubber in the rear. Some trail shoes also feature the XtaGrip technology to improve your footing on hard technical trails, giving you good traction.

For their outsoles, ASICS uses a Trusstic system to split the forefoot and rearfoot. This system helps to prevent the shoe (and your foot) from twisting. Additionally, the outsoles are made of AHAR or AHAR+ to increase durability and give you good traction.

If you still don’t know which shoe is right for you based on fit, or if you like the fit of both brands of shoes, you might want to keep some other considerations in mind, like how long they’ll last and how much they cost.

Mizuno doesn’t really give an estimate of how many miles you’ll get in their shoes, noting that durability varies widely by the type of runner (casual versus elite) as well as how you tend to be with shoes.

Additionally, it will vary by type of shoe as well. Some Mizunos are designed for daily use. But not all of their shoes are that way. For example, light racing shoes are not as durable as daily use shoes.

Real runners who have used Mizuno shoes have frequently gotten over 500 miles in them. Some runners have used Wave shoes for 500 miles of long runs, then gotten an additional 200-300 miles on shorter runs. That is serious durability.

Traditionally, ASICS shoes are known for being lighter, which can impact durability. ASICS is working to correct that as of late. You’ll probably be able to get between 450-550 miles in their shoes, according to ASICS professionals.

This means most Mizuno shoes are going to be the better deal in terms of durability.

There are so many things that Mizuno’s wave technology does ,from providing shock absorption to giving you a close-to-ground sensation to providing you with plenty of cushion.

ASICS is known for its classic gel technology, which also helps to cushion your ride. Thanks to the gel being placed between the forefoot and rearfoot, your foot will get extra cushioning every time you hit the pavement. If you want gel, ASICS is the way to go.

Pro tip: the cost and comfort of ASICS shoes are often directly proportional to how much gel cushioning they have. The more gel, the more expensive – but the better it feels on your foot!

In this category, it just depends on what type of cushioning you want. Mizuno has Wave technology sandwiched between plenty of foam. ASICS gel, though, is a legendary shoe feature.

Mizuno shoes are known for having a great and comfortable fit. Thanks to the wave technology, you’ll get an incredibly comfortable ride. Mizuno prides itself on focusing on an athlete’s performance. That goal is in the forefront of their mind when considering comfort. 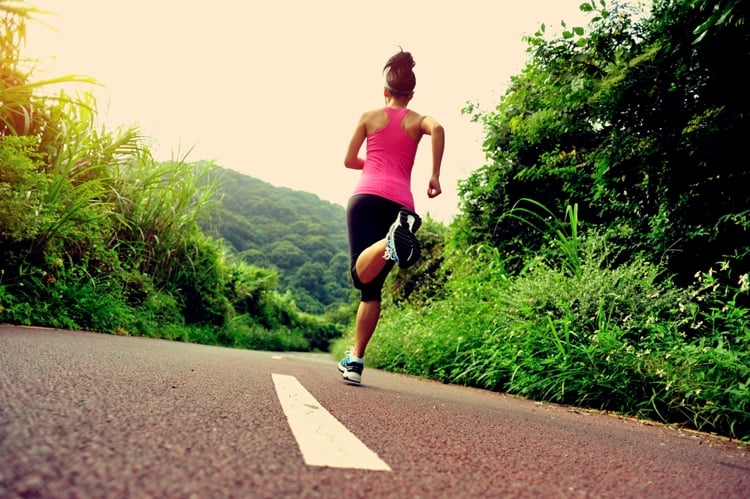 ASICS is going to fit snugly, so if you want to make sure that your feet don’t move around, ASICS is a great option. The result of this approach to fit is a very responsive ride. However, if you need a wide toe box (perhaps because you have bunions) or if you just want a little extra space in the midfoot, ASICS will feel too constraining and tight.

However, ASICS shoes are nice and lightweight if weight is a sticking point for you. Because the shoes don’t have very slated soles, it will be easier and more comfortable to run. ASICS prides themselves in flexibility and comfort if that’s what you’re looking for.

You’ll spend about $125 on average on a Mizuno shoe. ASICS is roughly comparable in cost, although they do have a variety of less expensive models.

As tempting as they might be, we recommend avoiding the cheaper ASICS models you find in department stores. They’re fine for casual wear. But for performance shoes, opt for the models sold at running stores. They’ll feel better and last longer, and can be had in the $120 range.

Both Mizuno and ASICS have their defining technologies, so it just depends on what kind of technology you want. If you want the Wave technology that will help spread the force as you pound the pavement, you’re only going to get that with Mizuno.

Similarly, if you want a great pair of shoes that will last you for a very long time, go with Mizuno because you might be able to get over a year in the shoes depending on how regularly you run.

If you’re looking for gel, you’ll want to purchase ASICS. Similarly, if you want a shoe that is going to be nice and snug, again, ASICS is the choice for you. They make great shoes that you can get at a very reasonable price.

If you’re able, go and try on a couple pairs at a running store and get the opinion of the professionals there on what’s going to be the best fit for you. You can also purchase shoes online, but make sure that you can return the shoes if they aren’t a great fit. Good luck on finding the shoe that’s best for you! 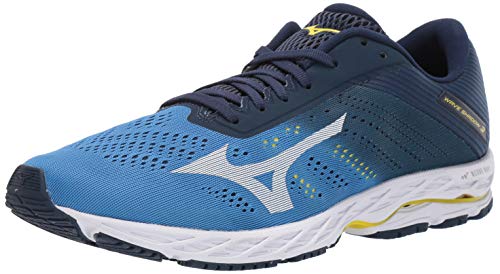 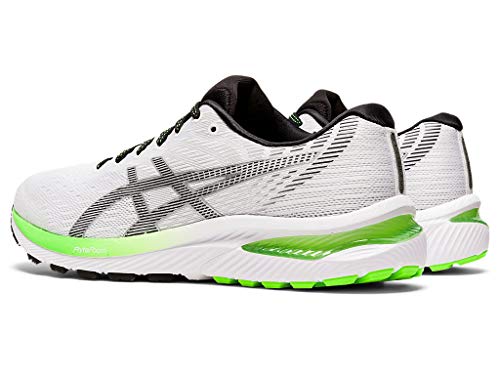 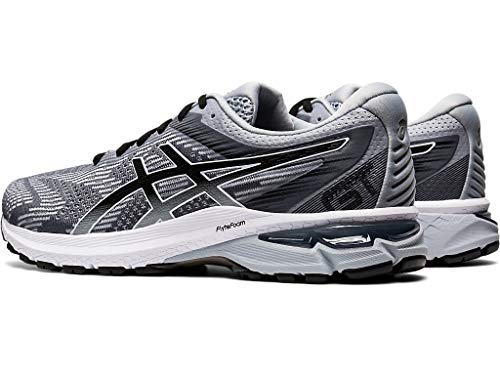 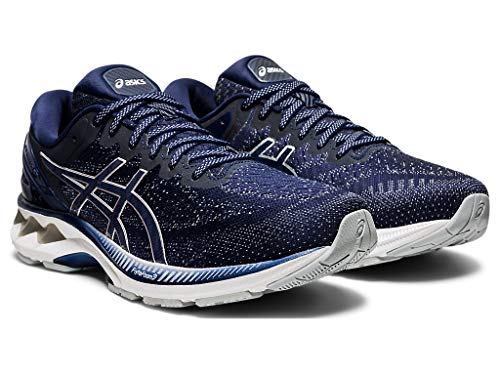