When you think of a treadmill, there’s a good chance that a motorized one comes to mind. You push the “On” button, a belt under your feet moves, and off you go on your run. You have to keep up, but you can adjust the speed easily with one finger.

But manual treadmills are also a thing, and increasingly popular thing at that. As the name implies, they require some human movement in order to get going. There is no “On” button. You move your feet, and the belt moves beneath you.

If you want a good understanding of key differences between the two, this article is for you.

First, we’ll start with a quick overview of each type of treadmill. Then we’ll focus in on each one, highlighting advantages and disadvantages, before finally concluding with some thoughts about what treadmill might be right for you. 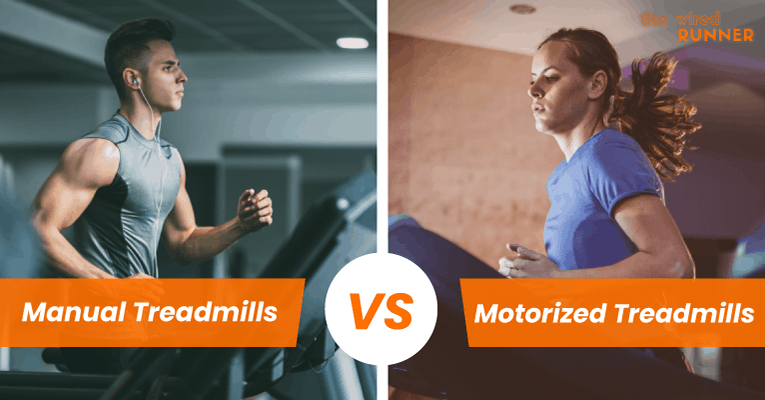 By contrast, the belt of a motorized treadmill is powered electronically. Whether you’re moving fast or not, the treadmill will go fast if it’s set at a fast pace. You can control the speed, but you’ll do so with buttons, not your feet.

For example, even at a lower speed, one study found that runners and walkers exert 30 percent more energy and can get their heart rates into higher zones even without running super fast.

If you get a curved-belt manual treadmill, there are plenty of health advantages. First, one study found that running on this type of treadmill can improve gait mechanics, including step length, stride length, imbalance score, and stride angle.

Because they aren’t as heavy as motorized treadmills, manual treadmills are great for smaller spaces and are easier to move around. If you live in a small apartment, you’ll likely prefer a manual treadmill.

Since electricity isn’t required, you can put a manual treadmill anywhere in your house, and you’re still able to work out even if the power goes out! Additionally, because you’re powering the treadmill, it’s safer for kids and pets.

You won’t turn around and suddenly discover that your six-year-old has set the motorized treadmill to 12 (a 5:00-minute pace). Even if your kids do get on the manual treadmill, it will only go as fast as they go. This is also safer for you because you don’t need to wear a safety cord.

You can use a manual treadmill for any type of workout, but because it forces your body to exert a lot of energy, it’s probably not going to be super comfortable for speed work. And you definitely won’t want to use it for longer distances. You likely just won’t have the stamina. 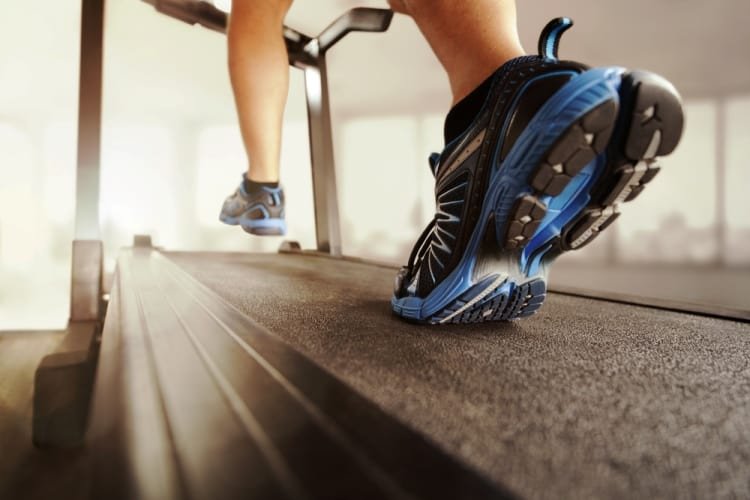 Additionally, if you’re just wanting to walk, it might even be too challenging to do that for longer periods of time. You also really can’t use a flat-belt manual treadmill for running. If you want to run on a manual treadmill, you’ll have to spend more money for a curved model.

If you already suffer from joint stress, a manual treadmill might make it even more uncomfortable. As you push to get the belt moving, this can hurt your knees and hips. In this case, having a motorized belt might help.

You also might think that you’ll burn more calories on a manual treadmill. That may or may not be the case. Yes, the work is harder, which means more calories burned. But that’s assuming you have the wherewithal to push at a higher level during your workout. If you’re looking for maximum calorie burn, you’ll probably want a motorized treadmill.

This is the treadmill that people typically think of. Push a button with a number on it, and a motor puts the belt in motion, gradually increasing up to that speed. There is nothing that you need to do, except keep up.

Because the belt moves by motor, you’ll exert a lot less energy when running on a motorized treadmill. The motor that drives the belt is doing all the work, and you’re just running or walking at that pace.

If you plan to use your treadmill regularly and/or if you plan to run at faster speeds, get a treadmill with plenty of horsepower. Typically, you’ll want to look for at least 1.5 continuous horsepower (CHP) and a large motor for frequent use or high speeds.

Motorized treadmills tend to be built more sturdily than manual models, and last longer. That of course depends on a couple things. But motorized treadmills are also better for speed work and running longer distances if you get one with a good motor. But it might be rather boring to run too far on a treadmill! There’s a reason runners call them “dreadmills.”

Honestly, motorized treadmills are the best for doing speed work because you pick the speed you want and set it. Then you push your body to maintain that speed for a certain interval.

The great thing about a motorized treadmill is that it’s easy to adjust your speed with the push of a button. You don’t have to figure out what kind of pace you need to do, as is true for a manual treadmill.

It’s also easy to change the incline and speed if you need to quickly adjust while you’re on the treadmill. You’re likely to burn more calories on a motorized treadmill because you aren’t having to work as hard to get the belt moving.

Motorized treadmills are also easier on your joints and more available in gyms, in apartment and condo complexes, as well as your local YMCA or school. They are conducive for both running and walking. 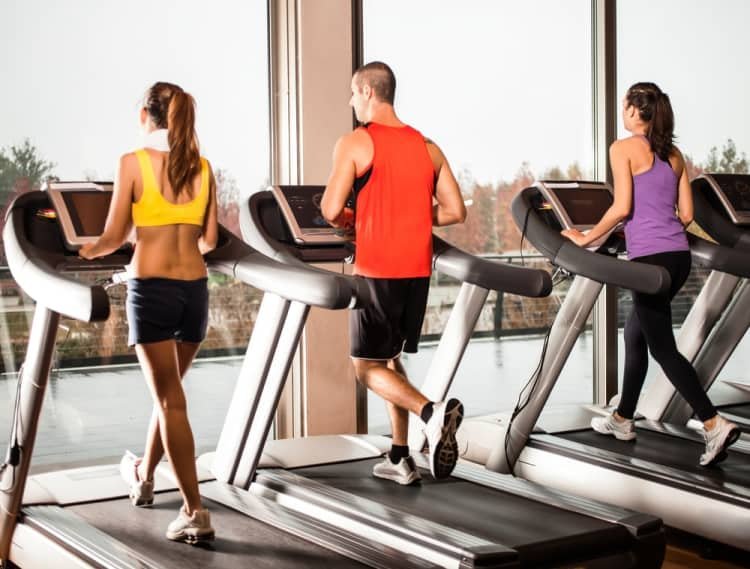 Finally, motorized treadmills tend to be super high-tech. They often have fans to help cool you off, display tons of data, might feature a TV screen, and might allow you to connect to other technology or listen to music through it.

You also won’t be able to get in a workout if the electricity is out. Nor can you simply put a treadmill anywhere – an outlet must be nearby. If you get a really fancy treadmill, you might even need an outlet with a higher voltage.

Additionally, the top motorized treadmills tend to be much larger than manual treadmills and can be challenging to set up and store. It took several buff movers to get my parents’ treadmill out of their basement and while it technically can fold up, it’s such a hassle to do it because it requires so much energy.

Finally, if you have kids at home, you’ll want to be strategic about where you place a motorized treadmill. If they turn it on, it could be very dangerous because the belt doesn’t stop.

Don’t have kids? You, too, could fall prey to this. If you accidentally hit the button too high and have to stop the treadmill running at full force, you might make yourself next week’s viral video sensation. It’s best to wear the safety cord, especially if you’re trying a higher speed than you’ve ever done before.

Final Thoughts: Which One Is Best For You?

Which type of treadmill you pick should depend on your needs. Manual treadmills tend to be great for people who are already in amazing physical shape and are looking for yet another way to workout.

If you’re just getting into exercising or running, you’ll likely find running on a manual treadmill fairly challenging. And it might be discouraging. Thus, for most people, motorized treadmills are the better option because you’ll likely use it more.

A motorized treadmill is a great way to vary up your running routine and add some speed work or inclines to your training, especially if you live in a flat area. However, you need to remember that setting one up and moving it is not a job for the faint of heart.

But if you have a place in your house/apartment and aren’t planning on moving anytime soon or if you plan to use a motorized treadmill at the gym, a powered model will serve you very well for all those bad weather days outside.