Jogging Vs Running – What’s The Difference?

If you’re new to running, you might be wondering how to classify yourself. There is somehow a mystique around the word “running,” and those new to the sport sometimes wonder when they can call themselves “a runner.” Add to that how many runners see “jogger” almost as a disparaging term, as if it says you’re not serious enough. So, new runner: are you jogging, running, or something totally different? This article will help demystify this question for you.

We’ll discuss what the typical definition of jogging is, why people call themselves joggers and when they tend to do it, the history of the term jogging, and well as comparing running and jogging. By the end of this article, you’ll know how to best classify yourself (if you feel you need to…)! 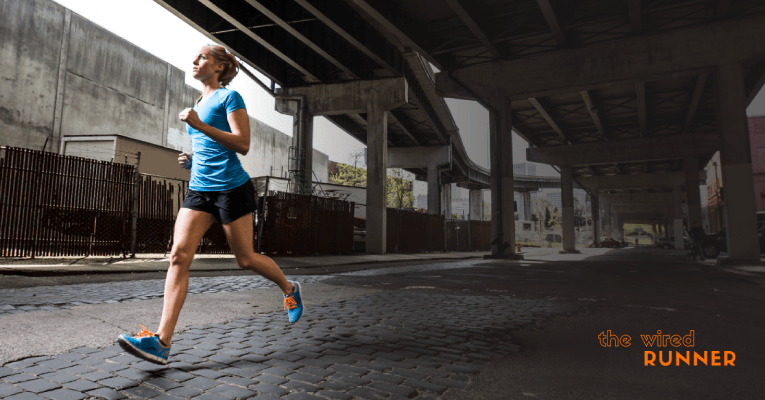 Generally, most people think of jogging as running at a slow pace. Some sources place the cut-off between running and jogging at 6 mph or a 10-minute mile.

Based on my experience, though, most people I know who would call themselves joggers put the cut-off at 5 mph or a 12-minute mile.

The average running pace for a woman tends to be around a 10:30-minute-mile, which would mean that the majority of women are joggers. I personally just don’t see that.

A 12-minute mile cut-off makes more sense because you can either walk that pace super quickly or bounce up and down a bit and make it a jog. Many people who run 10-minute miles consider themselves slow runners, but that is less common around a 12-minute-mile pace.

Honestly, though, no set pace differentiates between a jog and a run. Some runners will say that they jog to warm up or cool down, but the rest of their workout is a run. What might be a jog/light run for one person might be super fast for another person.

Why And When People Use the Word “Jogger”

Most runners say that jogging is what non-runners call running. People who run consistently, refer to themselves as runners. Even people who aren’t super fast still call themselves runners. They typically say that they are just “slow runners.”

However, people who never run—especially journalists—tend to call runners joggers, much to many runners’ dismay. It is an insult in the running community to call someone a jogger, and I have never thought that someone who ran a race slower was a jogger.

One phrase that runners sometimes use to motivate themselves is, “Run like someone just called you a jogger.” In other words, saying that you’re a jogger is not a compliment to a runner!

People who are new to running sometimes call themselves joggers, especially if they are starting with a shorter distance like a 5k. This is often due to a lack of confidence. I didn’t do this when I got back into running; I just said that I was a slow runner.

Even so, I didn’t really say that I was a runner, just that I went for runs. If you’re new to running and want to get more into it, the best thing you can do is call yourself a runner because you’re giving yourself an identity. 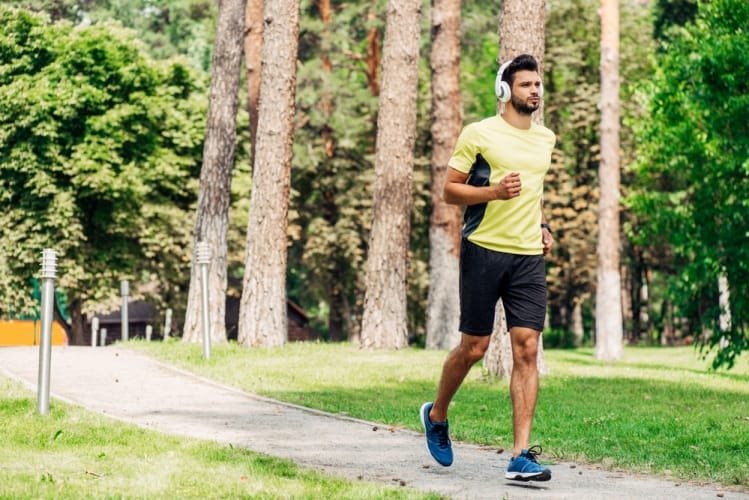 Just because I will never be the fastest female runner out there doesn’t mean that I can’t be the fastest runner that I personally can be. That’s something that the term jogging doesn’t really harness—identifying yourself in a new way.

History of the Term Jogging

The term likely originated in the 1960s when Bill Bowerman introduced running, or jogging, to the general public. Athletes ran, but your average person didn’t. According to Bowerman, he discovered jogging when he visited New Zealand and met with coach Arthur Lydiard.

In awe of what New Zealand joggers could do, Bowerman came back to the United States to introduce jogging to Americans. He published a pamphlet about it in 1966 and a best-selling book entitled Jogging: A Physical Fitness Program for All Ages in 1967, co-authored with Dr. W.E. Harris.

Within one year, jogging became a movement that spread throughout the United States. Schools featured jogging campaigns that promoted the exercise for fun and fitness! As celebrity runners started to become more popular in the 1970s, running/jogging took off.

Let’s start first with ways in which running and jogging are different. Hint: it tends to be in the physical manifestations, and mindset does play a role too.

Instead of thinking of speed (although that is a component), it might be better to compare jogging and running by looking at intensity. As is no surprise, running must be performed at a higher intensity. You likely could jog for hours, which likely isn’t true for running.

While the intensity needed varies by person, running requires your body to work your heart, lungs, and muscles more than jogging. In other words, you’re going to be more physically fit as a runner and you’re going to activate more muscles the faster you move.

You’ll also be in a higher heart rate zone if you run as compared to jogging. You’ll be able to burn more calories running, but it will be harder on your body. And you’ll experience an afterburn effect with running that will allow you to burn additional calories even after your workout.

Due to the difference in speed and effort, running tends to require longer strides, quicker arm movements, and more physical exertion. By contrast, jogging is less strenuous on the muscles and joints, and it tends to be more bouncy.

One study found that jogging performed at a moderate-intensity pace may actually be better for your health and extend your life as compared to strenuous running. If you’ve been looking for a reason to call yourself a jogger, this is a great one!

In fact, most reputable training programs want an athlete to run about 80% of miles at what could be considered a jogging pace. Point this out to runners using this word choice at your own peril.

Additionally, because jogging is less strenuous, it’s the better option for anyone who is just getting into shape, who is recovering from an injury, or who are getting older and want to do something more than walking but not quite running.

Additionally, as we hinted at above, runners and joggers tend to have different mindsets about getting exercise. Runners tend to be more focused on getting runs in regularly and often competing in races. Joggers just get outside or hop on the treadmill because they love it. 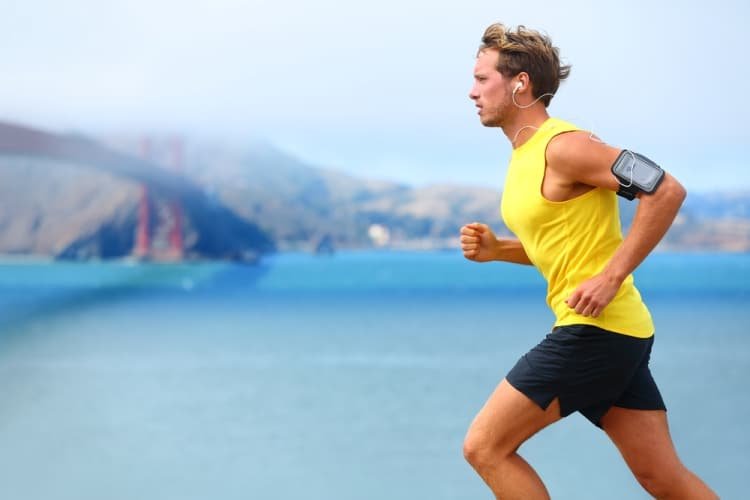 Runners tend to be more focused on speed and other goals while joggers are more casual. In other words, it can take more mental energy to be a runner, rather than a jogger. This casual approach may actually be better for your health.

Because you aren’t putting your body under as much of a mental strain with jogging versus running, you’ll be able to release some physical and mental tension, which can lead to reduced anxiety. Psychologists believe jogging is a great option for dealing with depression because of this fact.

Overall, though, running and jogging are likely more similar than they are different. It’s really level 1 versus level 2. It’s the same thing—just at a faster speed.

In the end, though, it’s mostly semantics as to what constitutes jogging and what constitutes running. It depends on how you want to define and see yourself and others. Beginners often call themselves joggers until they feel confident enough to say that they are runners.

Many experienced runners who run at what some people would consider a jogging pace call themselves runners. Since people’s body type and running abilities vary widely, it’s hard to have a clear dividing line between jogging and running.

The health benefits are the same: you’ll strengthen your muscles, lose those extra pounds and keep yourself at a healthy weight, burn calories, and get healthier and more physically fit.

Running is hard, regardless of pace or what you decide to call it—jogging or running. Depending on your fitness, a jogging pace can be just as strenuous as a running pace. At the end of the day, what’s most important is to pick the terminology that motivates you.

If it stresses you out to use the term running because it feels like too much pressure, then go with jogging and run at whatever speed is comfortable to you. However, if you want to encourage yourself to get out there more, maybe you need to call yourself a runner.

Thus, the difference between jogging and running is really pace, but where you fall on one side or the other is up to you!

10 Ways To Stay Motivated For Your 5k

Easy Run Pace – How To Run Slow On Recovery Runs