Home » Beginners » Is It Important To Rotate Running Shoes?

Is It Important To Rotate Running Shoes?

How important is it to alternate between pairs of running shoes? In one word: very.

As you’ll discover with the additional words in this article, it’s helpful to own two or more pairs of running shoes. We’ll explain why. In addition, we’ll cover other questions you might have, such as how many pairs of running shoes you really need, and when it might be okay to have just one pair.

By the end, you’ll know why to rotate your running shoes, and you’ll be able to incorporate that information into your workout routine to prevent injuries and make your runs more comfortable! 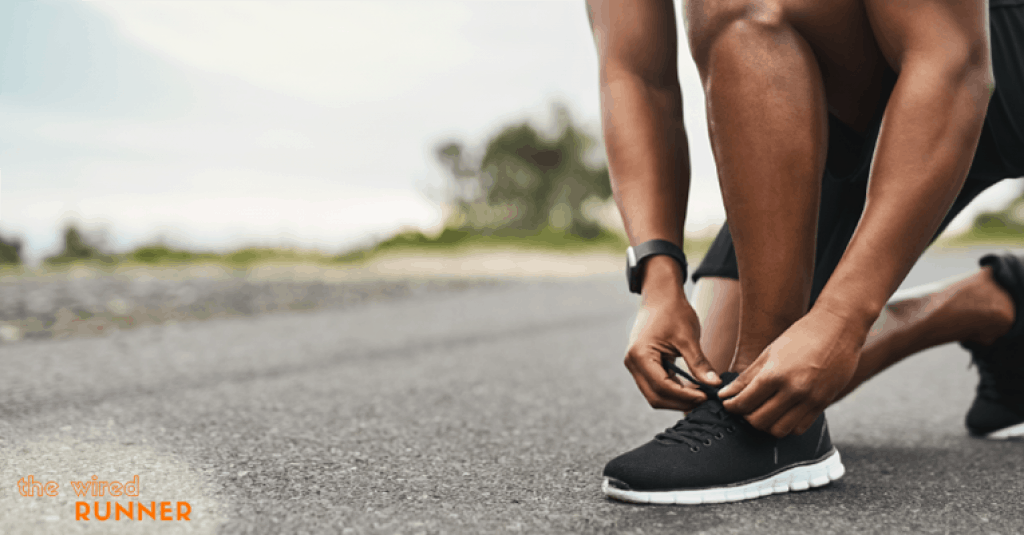 The Answer is “Yes!”

First off: what, exactly, is “rotating running shoes”? Simply put, it is alternating between pairs of shoes, so that you’re never wearing the same pair two runs in a row.

Maybe you just got your first pair of good running shoes. Enjoy them! If you’ve decided to make running a part of your life, you should consider adding at least one more pair. Rotating your shoes provides two major benefits: each pair will last longer, and you will be less likely to develop repetitive stress injuries.

We all know the importance of taking time to rest and recover. Your running shoes need that too! According to running coach Mario Fraioli, running compresses a shoe’s midsole foam. Giving your shoes a break gives the foam more time to rebound so that it can perform like it’s supposed to.

If you want an extra bounce in your step, you need to give your shoes a breather. You can only do that if you have at least two pair to rotate.

If you’ve been running for a while, you know that the average lifespan for running shoes is about 300-500 miles. That number varies with how heavy your stride is and the types of surfaces you run on. It also depends on how often you run, and—you guessed it—whether you rotate your shoes.

How Many Pairs of Running Shoes Do I Need?

Ideally, if you can afford it, you’ll have at least two pairs of running shoes. There is some debate as to whether they should be the same shoe or not. The evidence slightly suggests that different models with different heel drops is the way to go. By engaging muscles in your feet and legs differently, you’ll reduce the chance of injury.

One study shows that rotating between at least two models makes you 39% less likely to get injured. That’s a pretty big difference! If you’ve been struggling with injuries, you might be able to do something as simple as rotating your shoes.

A reason why this may occur is because you are increasing the variability in your foot strike. Researchers have found that runners who have greater variability in foot strike were less likely than others to be injured.

This is one reason minimalist shoes were so popular a couple years ago. A lot of runners who started using them experienced significantly less knee pain, and the reason was that the impact load had moved to another joint, giving their knees some much needed relief.

Should They Be The Same Shoes?

If you decide on two shoes, pick one that has more support and protection for your long runs, and another lightweight shoe for faster workouts. Not only will this help you stay healthier, but you’ll make each shoe last a little longer.

If you run often, you may even consider going beyond two and purchasing multiple pairs. In particular, it can be helpful to have different shoes for different workouts and runs.

For example, you could have a pair of trail shoes for off-road running, a pair of super-cushy shoes for recovery runs, and a pair of lightweight, fast shoes for tempo runs and speedwork.

And if you decide to purchase multiple pairs, you’re in good company. Plenty of professional runners and even elite amateurs have several pairs of running shoes. Jeanne Mack went through six different pairs of shoes in five months prepping for the Chicago marathon.

In her words, “I felt like Goldilocks at times, but I believe the mixing up of footwear weekly, if not daily, was instrumental in keeping injuries at bay.” 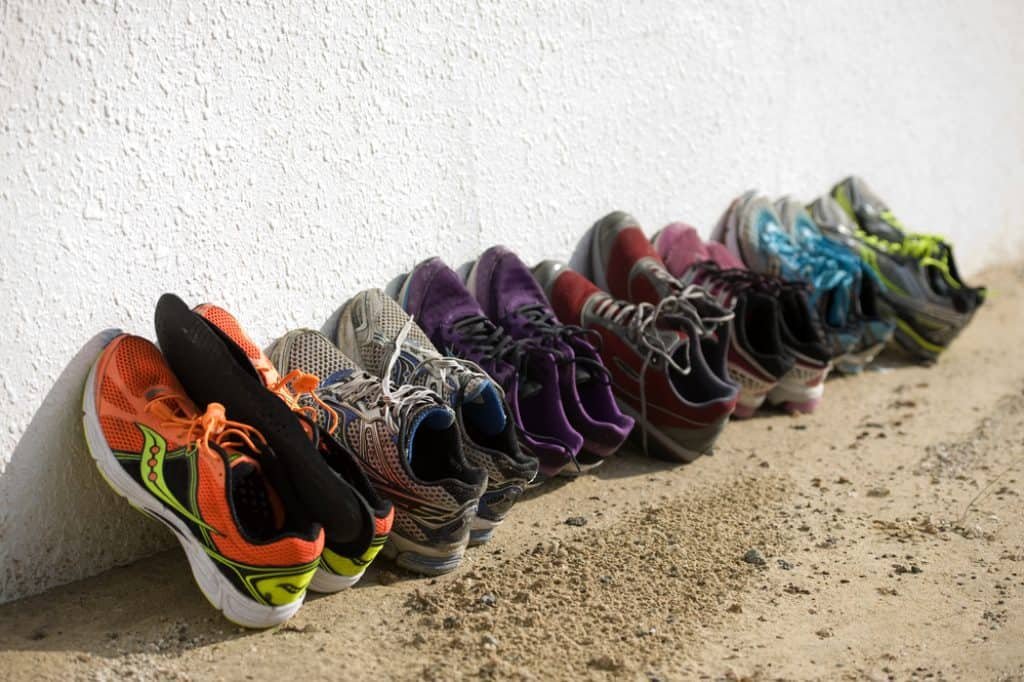 Other Reasons to Have More Than One Pair

Research (beyond the running community) shows that it’s helpful to have associations when trying to remember things. In running, giving your body a visual clue of what it needs to be ready for. Shoes can fill this role psychologically as well as physiologically.

In addition, there are the more practical reasons. If one pair gets wet, it will take a day or two to dry, and you don’t want to be sidelined from running just because you happened to get caught in a rainstorm.

Similarly, if you run at work and at home, you can leave a pair of shoes at work without having to bring them back and forth. Then you’ll not only get to train in different pairs of shoes but you’ll also not have to worry about the hustling of constantly ferrying your running gear back and forth.

Is It Really That Important?

Okay, you might be thinking, I understand why it’s a good thing to rotate my shoes, but will it be okay if I don’t? The short answer is it depends. If you can afford two or more pairs of running shoes at a time, it really is that important.

But if you just don’t have the budget for two new pairs of running shoes, it’s okay to have just one. Injuries are more likely, but it’s not a given that you will get injured. Plus, if you don’t run every day, it’s less important to have more than one pair of shoes.

At the end of the day, it comes down to the type of runner that you are. If you’re someone who runs occasionally and participates in a 5k every so often, one pair of running shoes will probably be just fine.

But if you run longer races, run almost every single day, and can’t be sidelined by injuries, you really need to consider purchasing at least one more pair.

Remember, though, as you add in another pair to ease into it slowly. You want to make sure that you give your feet plenty of time to adjust and make sure that the new shoes are as good of a fit for you as your other pair.

Should I Run With Lightweight Running Shoes?

Is It Okay to Only Have One Pair of Running Shoes?