Home » Beginners » How to Set And Achieve Your Running Goals

How to Set And Achieve Your Running Goals

If you want to improve in anything, you have to have an idea of where you’re going. Hence, the importance of setting goals. This is especially true with running because it can be easy to avoid workouts if you don’t have a clear idea of why you’re doing something.

In this article, we’ll cover everything that you need to know about goal setting as it relates to running, including why you should set goals, how to do it, and ways to achieve your running goals. 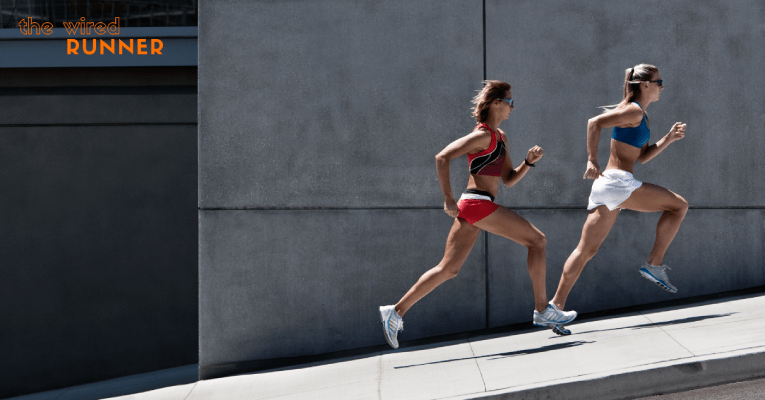 Why You Should Set Running Goals

It’s easy to do things mindlessly if you don’t know where you’re headed. While it’s great if you get out and run every so often, making sure that you’re clear on what you want from running will help you get the most out of it. This is why you should make goals.

First, goals give you something to achieve. It could be as simple as you want to get outside and run at least a mile every day. That’s not a super crazy goal like running a sub-3-hour marathon, but it expresses why you run.

Finally, goals can help motivate you to get out of your comfort zone. If you want to do something big, you have to change things up. Goals can help you do that because you now have an end in mind, and you just have to figure out the means to do it.

The most typical running goals is a race goal. So many people have decided that they want to get off the couch and run a 5k or they’ve decided to do something that seems impossible like run a marathon.

Sometimes it happens that people set this goal and sign up for a race and then don’t follow through, but often if you have support from friends and family, you’ll end up running the race like you planned.

The problem with this type of goal, though, is what about after the race is done? Now that you’ve run a marathon, are you going to keep running? That is something that you have to figure out for yourself.

I know I set a goal of running a half marathon, which I did successfully, and one of my friends encouraged me to not stop running once I met this goal, but to set new goals to keep running as a new part of my lifestyle. His advice was sound.

Some other running goals include running at a faster pace or for a longer distance, improving your running form, getting stronger running up hills, and just being an overall more healthy person.

Many experts suggest that process goals are better than outcome goals, meaning that running at least a mile every day is better than trying to reach a certain pace, for example.

The reason why is that you subconsciously tell yourself that you won’t be happy until you reach your outcome. However, for process goals, it’s about enjoying the process, and you’ll often find yourself reaching an outcome you may desire.

For example, try running a mile every day and within several weeks, you’ll likely drop your mile time significantly. Plus, you’ll be putting less pressure on yourself to perform, and it will be more enjoyable. Win-win. 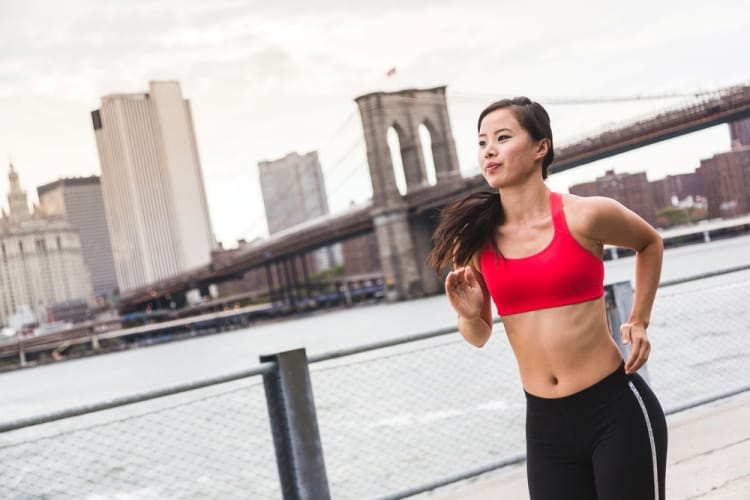 How to Make Successful Goals

If you want to be successful with your goals, you need to set SMART goals—SMART meaning specific, measurable, achievable, realistic/relevant, and time-bound. Many companies use this paradigm, but it works for running too.

Numbers are always a good way to be specific. For example, you could aim for running a 5k in under 30 minutes or running 10 miles in four weeks. If you want to do a process goal, you could say that you’ll run outside three times a week for at least 20 minutes each time.

Just like being specific, a measurable goal helps you understand your goal, how to get there, and when you’ve achieved it. This means your goal should be linked to something tangible you can measure: a race, a distance, a time, a pace, a certain number of days, etc.

You should also come up with metrics about how to evaluate your goal because you need to be able to track your progress. If you want to run three days a week, are you running three days a week?

This is probably the hardest aspect of goal-setting for runners. Make sure that you can reach your goal. It can be a stretch goal, but you don’t want to set the bar too high. If it’s too hard, you won’t achieve it. You might get frustrated and quit.

If you want to create a longer-term goal, break down your goal into smaller, less intimidating goal-steps. For example, if you’re a new runner and eventually want to run a marathon, say that you plan to run one in a year and then come up with other benchmarks.

Your running goals need to be specific to you. Make sure that they match where you honestly are or could get. Aiming to join the U.S. Olympic team to run the marathon when your fastest pace is a 10:00-minute-mile is likely not realistic for you. 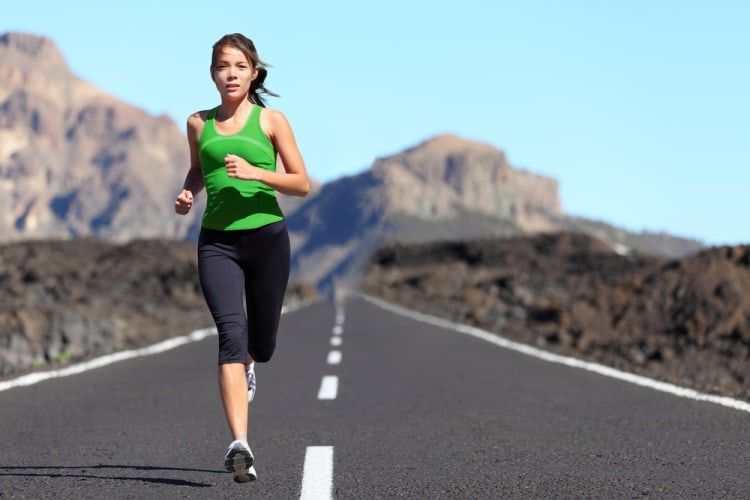 On the other hand, you don’t want to make it something too easy either. If you’ve already run a sub-2 hour half marathon, set a different goal this time like beating your previous record and PRing or feeling stronger at the end of the race.

You need to set a deadline. For example, you could say that you want to run a 5k in less than 30 minutes, which you plan to achieve in two months. This gives you an end date—eight weeks—to know if you’ve met your goal by then.

How to Achieve Your Goals

While having clear goals is extremely helpful in knowing the way forward, you do also have to take the next step. You won’t be able to reach your goals without work. Make sure that you’re willing to put in the work for your goal.

If you don’t really want to, then maybe consider setting a different goal that is better-suited to you. Just because other people want to run a marathon doesn’t mean that has to be your goal.

The best thing you can do to meet your goals is to stay consistent. Write your runs into your calendar and keep them like you would a business meeting. They are important! Taking the time to write down what you’re going to do does make people more likely to achieve their goals.

Getting better at running is about doing it on a regular basis. This is why training plans are good because they lay out exactly what to do and when.

If you don’t have a training plan now, take the time to come up with one. It will save you from doing it on the fly and being more likely to skip.

Focus on the Process, Not the Goal

Although this sounds counter-intuitive, it works like we hinted at above. If you focus on the steps to achieve your goal, meaning how you get to your goal, instead of the goal itself, you are more likely to reach it.

It’s about enjoying the journey and being grateful that you get to run and meet whatever goal you ultimately set for yourself. Whenever you do well at a race, it’s the race itself and the training leading up to it that makes crossing the finish line so exciting!

How to Deal with Injuries

While it’s important not to slack off in working toward your goals, injuries are a different story. You need to be in tune with your body and pay attention to its needs. Cut back on training if you feel too fatigued or are experiencing unusual body pains—anything that may lead to injury. 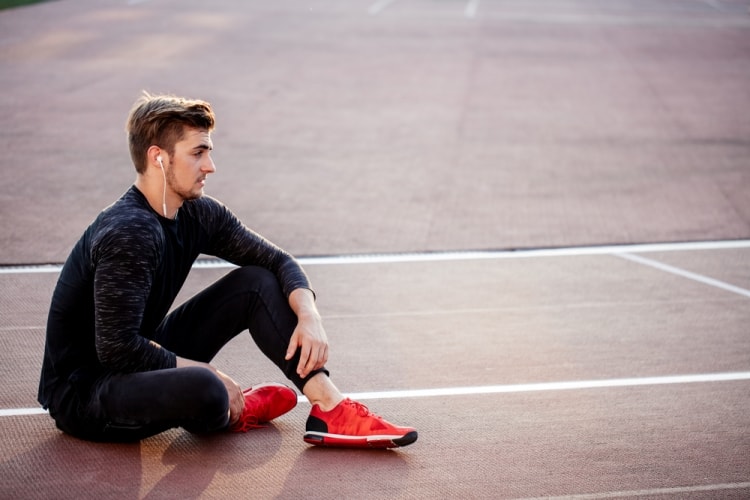 It’s always a bummer to take a day or two off to rest, but you’re much better off doing it now as opposed to overexerting yourself and making the injury even worse, requiring you to take a week or more off of your training.

Don’t Be Afraid to Fail

Finally, it’s important to get started. Even partially completing a big goal is doing more than just sitting on the couch. While setting a realistic goal is key, it’s also okay to set a goal that will be hard to achieve and come up slightly shy of meeting it.

If you fail, you can always try again. But at least you hit the ground running. Failure is how you can get better because you can learn from your mistakes. Many new runners start off too quickly in the first mile of their races until they learn not to.

There’s a lot to be said for trying and failing because at least you were brave enough to try. You might want to set two goals. One that is your reach goal and one that is your still-hard-to-achieve-but-possible goal.

That’s what I did for running my first half marathon. I wanted a super-fast time for a beginner, but I gave myself a range of 15 minutes for a finish time. I got closer to the slower time than the faster time, but by pushing myself to the faster time, I was faster than I would have been otherwise.

Running is an amazing sport, and when you combine it with goal-setting, you can truly change your life. By setting realistic, but big goals, you’ll be able to give yourself a sense of accomplishment when you meet these goals and even exceed them!

I’d encourage you to get a pen and paper and write down some running goals as well as a training plan of how to get there, and then start. As they say, there is no better day than today! Good luck!

The Best Fitness Trackers for Kids in 2020

The Best Running Shoes for Bunions in 2020

Best Foam Rollers for Runners in 2020

Best Running Shoes for Metatarsalgia in 2020