Home » Beginners » How to Run Longer and Stronger

How to Run Longer and Stronger

Whether you’re just interested in starting to slowly build up miles and run longer distances, or you’re training for a race like a half marathon or a full marathon where you need to get up to a certain mileage, it’s the goal of most runners to eventually run longer and stronger.

I faced this very predicament myself when I began training for my first half marathon back in December. The farthest I had run in my life prior to starting training was a 5k, and I could barely run one mile in 10 minutes.

When I told one of my friends that I was planning to run a half, he replied, “That’s a long distance. You do know that, right?” And I knew that he didn’t believe I could do it, which encouraged me to do it even more.

In this article, I’ll include some tips you can use to help you run longer. Figure out which ones work best for you, incorporate those tips into your training, and you’ll find yourself going from 1 mile to 11 miles in a couple months!

Increase Mileage/Time by 10% Every Week

Many in the running community encourage new runners to increase mileage or time by no more than 10% every three weeks, and then take a recovery week. This means that your long run will start at 3 miles, let’s say, the next week will be 4 miles, and the week after will be 5 miles. Then you’ll take a week to rest and recover and start building again the week after.

You’ll want to make sure, though, that you don’t add the miles too quickly, especially if you’re a new runner and don’t have the base to start from. Ramping up mileage too quickly puts you at risk for injury. Plus, you need to figure out what you personally can handle.

If it’s too much to add 1 mile every week to your long runs, then just add a ½ mile every week. If 1 mile seems like too little and you’re feeling good, maybe try adding 2 miles one week.

There are a variety of training plans available on the internet that have mileage build-ups figured out for you as a beginner, ensuring that you won’t push yourself too hard too quickly.

I opted for a slightly different training plan for my half marathon. Most plans have 2-3 shorter runs of less than 6-8 miles during the week, and a long run on the weekend. With the help of one of my runner friends, I started with shorter distances and now all of my distance runs are long runs. My friend thought that would be best, since I had no base.

For example, I started with 3-mile runs in January, and worked on getting those faster. Then in February, I worked my way up to 6 miles by way of three 4-mile runs, three 5-mile runs, and three 6-mile runs. In March, I got up to 9 miles. Now in April, I’m getting up to 12 miles. In May, I’ll run 13.1 miles twice before my race near the end of the month.

As the runs have gotten longer, I am now down to 2 runs at each distance (11 miles, 12 miles, and 13 miles). I’ve personally found this helpful, as I’m building on what I did the previous long run every time.

Some half marathon training plans only get you up to 10-11 miles once on the long run, but I felt that wouldn’t prepare me well enough for the distance. By the time I run my race, I’ll have run 10+ miles eight times, which makes me feel much more confident about finishing.

Obviously, a plan like this isn’t for everyone. You have to be able to dedicate a significant chunk of time during 1-2 weekdays in order to complete the training. But it could be a great way for you to build up a base if you don’t have one.

Dedicate One Run a Week as the “Long” Run

On the other hand, maybe the idea of running longer distances several times a week is overwhelming. If so, don’t worry about it. Just make sure that you’re getting at least one long run in each week.

Just try to make sure that you don’t psych yourself out about the distance. If you’ve only ever run 3 miles (no matter how many times you’ve done that!), 4 miles is going to seem long.

You should remind yourself that you’re running a distance you’ve never done before, and that it will be that much easier to run that distance again because now you’ve faced the unknown of doing it!

Every time that I’ve gone up a mile in my training, it’s been a little scary. I know I can run 8 miles, but can I run 9? The answer is yes! If you doubt you can do it, get a running friend and let them help you run a mile past the farthest you’ve ever gone. Then you’ll have a new farthest distance!

Obviously, the last thing you want to do during a longer run is injure yourself. And the longer you run, the more prone you are to injury. Make sure that you don’t push yourself too hard during a long run.

Whether you merely slow your pace, or even do a run/walk combination, you need to avoid overexertion. Additionally, you need to give yourself plenty of time to rest from a longer run as well as taking the time to stretch and ice your feet.

When I’m feeling discouraged in the middle of a long run, I just tell myself that I can slow down the pace. The most important thing is getting the miles in. I’ve personally found that I do better when I just let myself run what is comfortable.

I tend to start at a pace that is 30-60 seconds slower than my goal pace, but I get faster as I run and end up meeting or even exceeding my goal pace. I make myself stay comfortable and consistent until at least the halfway point before I allow myself to pick up the speed intentionally. Oftentimes, I just naturally start to run faster as the time goes by.

Finally, remind yourself that you should be able to hold a normal conversation while you run, and not be gasping for breath. A good test is to see if you can say the Pledge of Allegiance. If you’re gasping for breath as you say it, you’re probably running too fast. 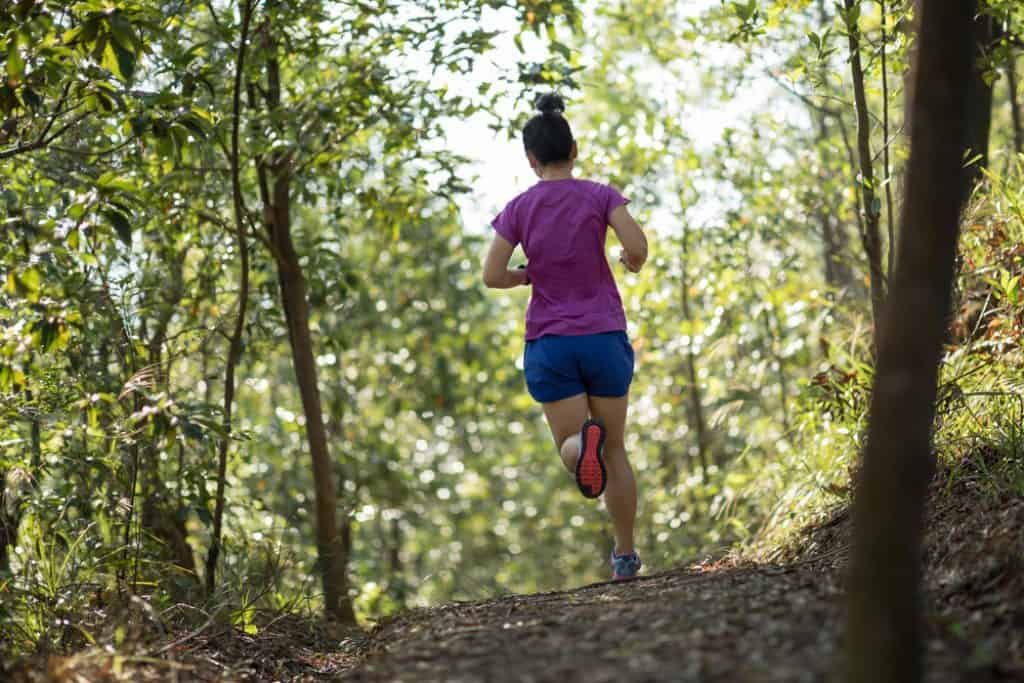 Add Some Variety Into Your Run

Running for longer distances, and therefore longer times, comes with mental as well as physical challenges. To the point: running for long times can get repetitive and boring. Obviously, the best way to avoid this is not using a treadmill for a longer run. But even outside can get boring.

So, change it up! Maybe you always run at night. Try running in the morning and seeing the sun rise. Or perhaps you have a go-to route. Try something different. These can be great ways to make your long runs more pleasant, more varied, and more interesting.

Another way is to think of your long run in smaller chunks. I approach it by things I’m doing during the run. This is an example of my train-of-thought during a long run:

Mile 1: All right. Get a good start, but stay at a comfortable pae.

Mile 4: Now you feel good because you had the gel. Getting close to the half-way point.

Mile 5: At the end of this mile, you get to turn around.

Mile 6: Time for your next gel at the end of this mile.

Mile 9: You get a gel at the end of this mile and only 1 mile to go after that!

Mile 10: Push hard! You are less than 10 minutes from being done. One mile to go! You can do this!

Rather than focusing on the extremely challenging task of running 10 miles, I try to think about it one mile at a time. This helps me stay focused on the mile at hand and look forward to smaller joys like gels before reaching the greatest joy: completing those 10 miles!

You might even want to take a day trip or weekend trip to a fun place nearby and run there to give yourself a vacation as well as a nice and different place to run. If you live within driving distance of the beach or mountains, definitely go there!

Listen to Music/Podcasts or Run With a Friend

Finally, having some sort of distraction is always helpful in completing those long runs. Listening to music, books, or podcasts can be a great way to know that you’re getting something done during a long run.

Sometimes I feel a bit wasteful spending 60 minutes or more running, but I always tell myself that it’s beneficial to my health, and that’s not a waste. I personally decided to stop listening to music and podcasts once I got up to 6 miles, because I wasn’t planning to race with headphones.

Some people (even other runners!) have called me crazy for going long distances without music or any distractions. For me, it’s very calming. It gives me time to get away and think, and it’s a good time for me to think about all the things I’m grateful for.

If running without distractions intimidates you, but you want to try to run without music, you can always find a friend or group to run with. I’ve run with friends and family several times, and I’ve always enjoyed it.

Knowing that someone else is going to be there with you for 11 miles, 6 miles, or whatever makes you want to do your best, and helps you to run longer and stronger. And you may even get this feeling even by thinking of people who aren’t with you!

Some of my best runs have been when people I’m close to were in the hospital (my sister when she was delivering her baby, and my grandmother from a fall). I’ve realized what a gift it is that I’m able to run, even if it’s such a long distance.

I told myself, “If my sister can deliver a baby, I can run this long distance!” Or “Grandma would love to be able to walk, but I have the privilege of running so I should go the distance.” And somehow the miles don’t seem as long anymore.