How to Get Rid of a Side Stitch When Running

If you’ve been running for any duration of time, you have almost certainly felt a side stitch at some point. And you’ve probably wondered how to get rid of those pesky sharp pains that slow you down. Not to worry. We’ve got you covered.

In this article, we’ll discuss what side stitches are, why they occur when running, and how to get rid of them. Here are some common questions and answers. 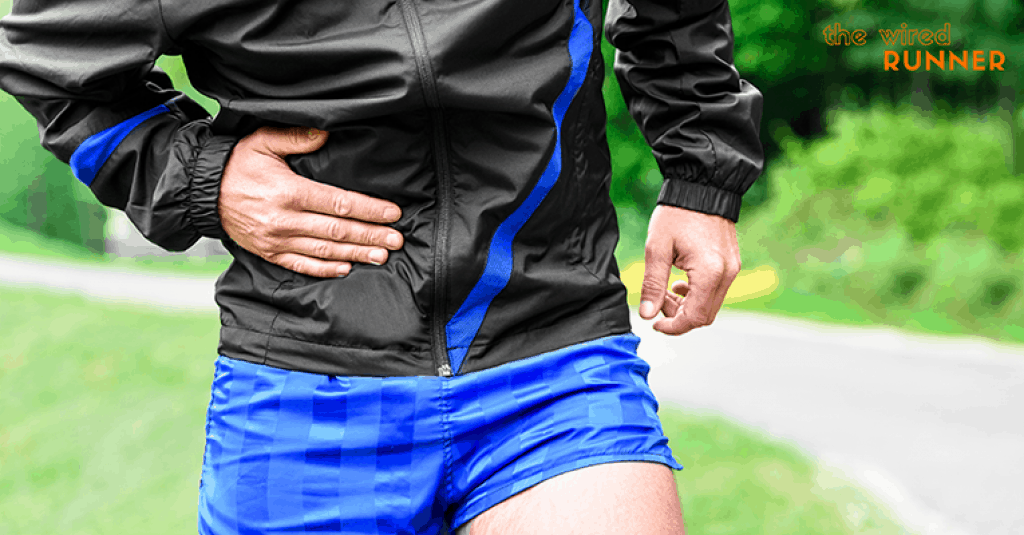 What are side stitches?

Medically known as exercise-related transient abdominal pain (ETAP), side stitches are spasms in your diaphragm or the surrounding ligaments, often brought on by fatigue.

Side stitches are generally characterized by sharp and intense pain on the upper midsection underneath the ribs. While they can occur on either side, they are curiously more common on the right.

The duration of side stitches can vary from a few seconds of sharp pain, to several hours of lingering discomfort. What’s most likely is that your side stitches will last for a portion of your run, but probably disappear once you finish.

A 2015 study suggested that as many as 70 percent of runners have experienced side stitches at some point, and that roughly one in five get side stitches during any given race.

Where do side stitches come from?

Although researchers aren’t completely sure why side stitches happen, experts have proposed a variety of reasons. Some research suggests that going for a run too soon after eating or drinking sugary beverages may increase the likelihood of stitches.

Similarly, it could also be due to not warming up before a run, or having shallow breathing. Finally, one study found a connection between ETAP and having curvature of the spine (scoliosis) or poor posture when running.

Experts believe that what most likely happens is that pumping your legs increases pressure on organs in the abdomen, which in turn press up against the diaphragm. That happens at while fast breathing expands your lungs. This puts pressure down on the diaphragm.

Because there is pressure both above and below, the flow of blood to the diaphragm is reduced, causing the muscle to cramp. But the reality is that medical experts are not really sure what causes side stitches.

How do you get rid of side stitches when running?

However, if you breathe in an odd-numbered pattern, such as inhaling for three steps and exhaling for two, you’ll change the biomechanics of the loads you experience while running. Your core is at its least stable when you are in between inhaling and exhaling, but with an odd-numbered pattern, this moment of lessened stability alternates between left and right footfalls.

This means that by changing up your breathing pattern, one side of your body won’t have to continue to brace your weight, reducing some of the strain that you put on that side.

Another thing to keep in mind about breathing is that you should breathe deeply. In fact, shallow breathing in and of itself may lead to side stitches, so you may be able to correct the problem simply by breathing more deeply.

If you find yourself with a pesky side stitch when running, take a deep breath and hold it for several seconds before you forcibly exhale. It can be easy to not focus on your breathing while you’re running, but try to consciously take deep breaths.

Some other options include gently pushing your fingers where you feel pain, as this can help relieve some discomfort. If this doesn’t work, you can try improving your posture. Stand up straight and tall and open up your chest. 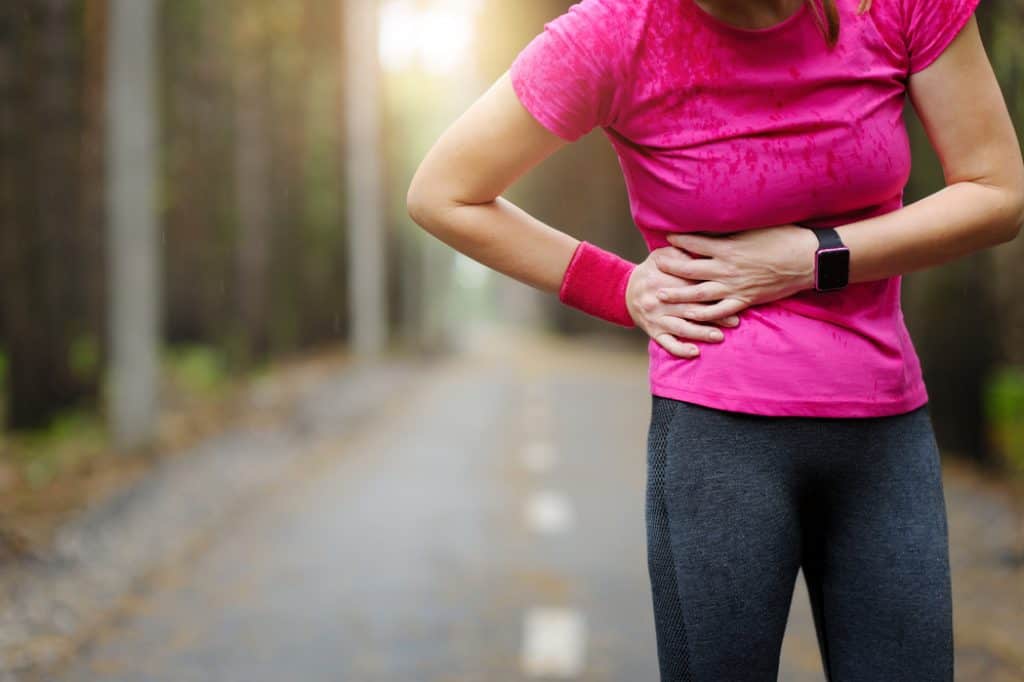 You could imagine that you’re pushing a wall behind you or that there is a piece of string that is connected to your head and keeping you straight and tall.

You can also raise the arm on the same side as your side stitch and reach for the sky or place your hand on the back of your head. This will stretch your diaphragm and may stop the muscle spasms from impeding your run.

If that isn’t enough, and you need a deeper stretch, stop running and bend your torso in the opposite direction of your cramp and hold for 30-60 seconds.

Another option is to experiment with is nutrition mid-run. Some experts believe that particular foods, dehydration, and electrolyte deficiency can cause increased pain and cramping.

Finally, if nothing else works, you can always slow down to a walk and breathe deeply until the stitch goes away, at which point you can go back to running.

Can I ignore it and keep running?

Yes, you can, according to running coach Kyle Kranz. Side stitches are harmless, albeit uncomfortable. It might be a good idea to slow down for a little bit and then continue on your run. In fact, side stitches tend to go away as your body continues to warm up.

But if you continue to experience pain, you should at the very minimum slow down to a walk, breathe deeply, and then gradually bring your pace back up. If that doesn’t work, call it quits for the day and give your body a break. There’s a good chance you might need it.

Is it possible to prevent side stitches from occurring?

The good news is yes! You can prevent side stitches from occurring in the first place. You can do this by avoiding heavy foods or overhydrating two hours before running, by hydrating properly and focusing on breathing during runs, and by strengthening your core.

On your off days from running, you should definitely think about adding in more core exercises like planks and pushups. I’ve found that I’ve been most successful in preventing side stitches when I hydrate properly, breathe well, and have a strong core when running.

Other options include foam rolling on your obliques and abdominals before running and making sure that you’re giving yourself enough rest time between runs. This is especially important for speed workouts.

If you’re new to running, you might want to consider giving yourself short breaks during your run in order to assist your body in adapting to proper running and breathing form.

Are some people more likely than others to get side stitches?

Other factors that can impact side stitches include eating and drinking before a run—particularly food and drinks with lots of sugar and fat, including fruit and dairy products, low fitness level, high-intensity exercise—particularly when a runner is pushing themself very hard, not warming up, or running in cold weather.

What if the side stitches don’t go away?

A side stitch should go away within several minutes of the end of your workout (if it didn’t stop before then). However, if they don’t go away after several days, or if you experience pain in your side or abdomen that is not connected to exercising, you should seek a doctor’s opinion, as it might be a more serious condition.

Dr. Lewis G. Maharam, the medical director of the New York Road Runners, cautions runners to be aware of side stitches. Sometimes they can be felt all the way up to the shoulder. This pain, however, also can signal a heart attack, particularly if it’s on the left side and doesn’t go away after you’ve stretched.

If you are particularly prone to side stitches, you might consider reducing the length of your workouts, try breathing differently, or making sure that you are hydrated enough. If none of these tips fix your problem, you should see a doctor, as it could indicate more serious medical conditions.

The Best Running Socks in 2020

Best Headlamps for Running in 2020

The Best Running Shoes for Ice and Snow in 2020