Home » Training » Running Form » Forefoot vs. Heel Strike – Which Way Should You Run?

There’s an ongoing debate in the running world about forefoot vs. heel strike. Which way should you run? Is one better than the other? Does one cause more injury than the other?

It’s been a hot topic for a long time, and it may be enough to cast doubt on your own foot strike style. Should you change it in order to reduce injury risk and run faster?

There’s no one-size-fits-all answer to this question. It requires an assessment of your own form, first and foremost. The truth is, you CAN change your foot strike if you want to, but it’s unnecessary more often than not.

Let’s look at the forefoot vs. heel strike gaits, their pros and cons, and which is more suitable. Why Is Your Foot Strike Important?

You may think there’s really only one way to run. However, although the mechanisms are mostly the same, foot strikes may vary from runner to runner.

But why is this important? Well, your foot strike could account for:

These things are quite important, obviously. Understanding your own foot strike can help you to run more efficiently, reduce your risk of injury, and help you to choose protective and effective shoes.

But there are some myths about different foot strikes too. You may have seen negative information out there about certain foot strikes. But ultimately, there are many factors that go into running safely, and as long as you cater for your own foot strike, you shouldn’t have any problems.

What’s the Most Common Foot Strike?

If you run recreationally or competitively but not at an elite level, the chances are high that you’re a heel striker. Heel strikers get a bad rap, but the truth is that no foot strike is inherently bad.

Let’s have a look at forefoot vs. heel strike patterns so you can understand which way you should run.

If you’re a heel striker, your heel lands on the ground first during your gait, followed by the midfoot and then the ball of the foot.

There’s less range of motion through the ankle and more in the knee and hip with a heel strike. However, this could also mean more stress on the knee, as the hard landing of the heel could potentially jar the joints.

In many cases, heel strikers also land with their foot out in front of their hips—overstriding—which can place excess strain on the knees as they may hyperextend.

When the knee lands far out in front of the hips, it actually causes a braking motion, which can jar the knee, leading to injury. Because of these mechanics, soft tissue damage and stress fractures are more common in heel strikers.

If you’re a forefoot striker, you land with the ball of your foot on the ground. Your heel typically doesn’t touch the ground at all, so you land and push off from the ball of the foot.

This kind of foot strike reduces torque on the knee and hip but places more stress on the ankle joint. Most injuries that a forefoot striker can expect to experience are of the ankle, calf, Achilles, and plantar fascia.

When you strike with the forefoot, the foot spends less time on the ground, which can cause an increase in speed as the ground resistance is avoided.

Forefoot strikers also tend to land more with the foot underneath the hips, avoiding the overextension that often plagues heel strikers.

Heel striking used to be a perfectly normal way of running. Most runners did it, and it wasn’t often a problem. To understand why it’s considered bad, we must understand where the idea originated. 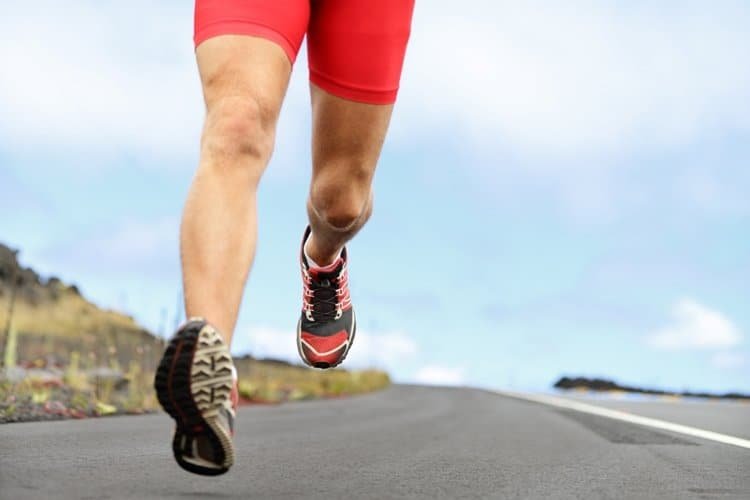 However, in 2009, a book called Born to Run, written by Chris McDougall was the first to indicate that heel striking may be bad for the foot. The author explains why he believes that forefoot striking is the more natural way to run.

Then there’s the fact that the arch of the foot is a natural shock absorber, and when you strike with the heel, you bypass most of the arch’s impact-absorbing abilities.

The other common argument for forefoot striking is that it’s apparently more efficient than heel striking and can boost your performance.

As mentioned above, the foot spends less time in contact with the ground when you land on the forefoot.

However, no research specifically suggests that striking the ground this way is more efficient than heel striking.

The research does suggest that increasing your speed may cause you to switch to a forefoot strike as you move faster.

In fact, research indicates that changing from a heel strike to a forefoot strike does not improve running economy or significantly reduce the risk of injury.

Do Your Shoes Make a Difference?

Studies suggest that runners are 9 times more likely to adopt a forefoot strike when running in minimalist shoes.

It’s believed that the thick chunk of heel cushioning in most conventional running shoes may also make them “heel-heavy,” forcing runners to adopt a heel strike when that may not be their natural way of running.

While extra cushioning in the heel is necessary for those who are natural heel strikers, the weight of the heel could cause natural forefoot strikers to turn to heel striking instead.

It may be a good idea to test your natural gait by running barefoot and getting a friend or coach to video you and play it back. You should be able to see a more natural version of your foot strike.

If you’re a natural heel striker, you can continue to run in heavily heel-padded shoes. However, if a forefoot strike is more natural for you, you may want to consider zero-drop shoes.

If you’ve been running the same way forever and you don’t suffer from recurring injuries in the knee and hip, you most likely don’t need to change your footstrike. 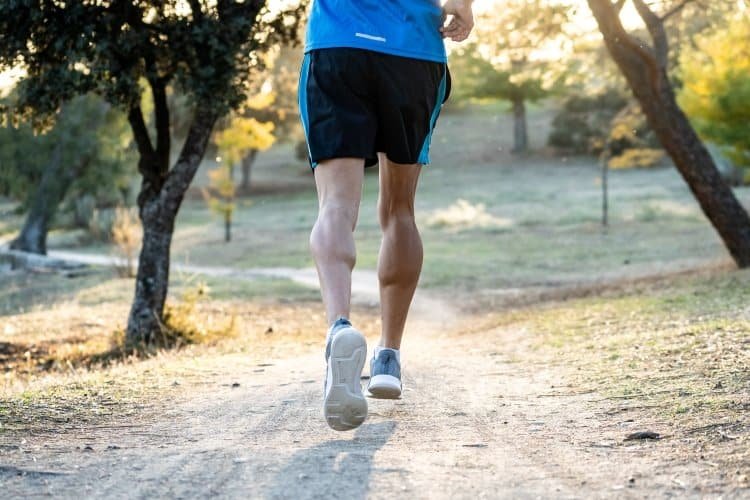 Don’t be fooled into thinking that switching from a heel strike to a forefoot strike will make you faster. Rather than changing your foot strike, work on improving your speed; your foot strike may or may not change to accommodate that.

In most cases, those who change their foot strike switch from heel striking to forefoot striking. However, keep in mind that if you change your foot strike, you may then be susceptible to the injuries associated with that particular foot strike.

How to Change Your Foot Strike

Changing your foot strike takes dedication and time. You need to consciously change your form and maintain the new form until it becomes muscle memory.

Running barefoot can help you to find your natural gait and get used to it. We advise running on soft surfaces like grass for 30 seconds to a minute at a time when you first begin running barefoot.

Take it slowly. Your feet have no support from shoes, so you will need to be careful not to twist, scrape, or bump them and injure yourself.

Running barefoot will build up strength in your feet, so you need less and less support from a shoe.

If you’re planning on switching from a heel strike to a forefoot strike, you should swap your thick heel-padded shoes for minimalist, zero-drop shoes.

On the other hand, if you want to switch to a heel strike, you should find a shoe with more cushion in the heel, although this is a rare switch to make.

Running drills help you to get used to landing on the forefoot or midfoot rather than the heel. Try these:

Pay attention to your form as you run. This is why starting slowly is also a good idea. It gets you used to how it feels to run with a new foot strike.

Being mindful as you run will ensure that you don’t inadvertently switch back to your old foot strike pattern without realizing it.

Forefoot vs. Heel Strike: The Verdict

There’s no one-size-fits-all answer to the forefoot vs. heel strike debate. In the end, it’s about the individual, their comfort, fitness, and potential for injury.

Changing from a heel strike to a forefoot strike is unlikely to increase your running economy significantly.

Our advice is to test your natural foot strike while running barefoot and then cater to that natural movement. This will give you the best chance of performing well and staying as injury-free as possible.