Fitbit Not Syncing? Easy Steps To Fix Your Fitness Tracker

There is nothing more annoying than a device that doesn’t work when it should. If you find yourself in that frustrating position with your Fitbit, this article is for you. We’ll cover exactly what you need to do if your fitness tracker isn’t syncing with your phone or computer.

We’ll discuss what syncing is, and why your Fitbit might stop syncing. Then we’ll go into detail about specific steps to fix it, starting with the simplest and ending with more advanced/complex steps.

By the end of the article, you’ll know how to get your Fitbit syncing again! 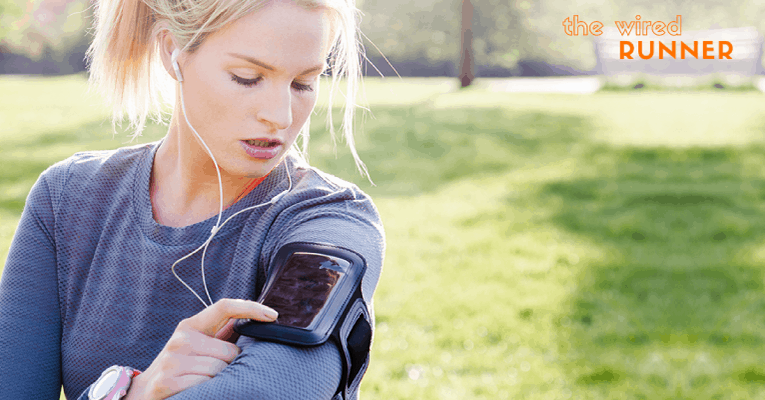 What is Syncing a Fitbit?

Syncing a Fitbit simply means that you’re uploading data from your fitness tracker to your phone or computer. This allows you to see all the details on a larger screen, compare workouts, and then have the information for later.

How often you sync your Fitbit is up to you. Fitbit recommends that you sync daily, although most Fitbits can record information for up to a week. If you only want to sync every few days, that is completely reasonable.

I personally like to sync after every workout. I’m a data junky. I want my phone app to have all of the information from that workout so I can look at it later.

Why Would a Fitbit Stop Syncing?

There can be a couple different reasons why a Fitbit would stop syncing. But the long and short of it is that the devices aren’t “talking” to each other anymore.

Somehow they have become disassociated. In other words, the wireless connection between your Fitbit and your phone/computer stopped working.

This can happen from Bluetooth not working the right way, a glitch in the operating system (maybe you haven’t updated, for example), or if you try to connect too many devices at once.

Start with these steps as you try to fix your syncing issue, because they are quick and simple. If these don’t work, then move on to more advanced steps.

Bluetooth works less well the further apart the devices are. So as a first step, ensure that your Fitbit and your phone are near each other. They can’t sync if they are more than 20 feet away. Make sure that you haven’t accidentally stepped away from your phone before looking more deeply into why they aren’t syncing.

Next, check that your Fitbit and phone are fully charged. This is easy with your phone, but might be harder with your Fitbit. If you’re not sure, just plug it in and see what that does. You won’t be able to sync with low or no battery.

Is Your Internet Working?

You’ll also want to make sure that you are connected to the internet. Your Fitbit can’t sync without internet connection. Make sure that your WiFi isn’t down. We all know that we can sometimes see the  symbol even after it’s stopped working.

You can check that your Fitbit is allowed to use cellular data if your WiFi goes out. Sometimes depending on your settings, that might not always be a guarantee, so you might have to manually change that.

Finally, as annoying as updates are sometimes, make sure that your devices are updated. Make sure that both the Fitbit app and the phone operating system are up-to-date with the latest software. 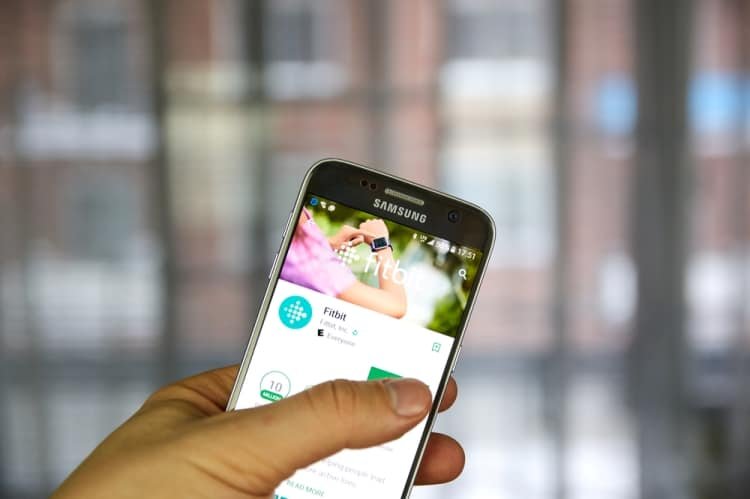 If none of the steps above work, you’ll have to try some more advanced steps to get your Fitbit and phone to sync again. We encourage you to try them in the listed order. We’ve specifically listed them from easier to more complex.

Next, you can manually force the Fitbit to sync. Even after you’ve opened the app, you might need to “remind” the app what to do. You’ll simply tap the member card icon, select the name of your Fitbit tracker, and then click Sync Now to force a manual sync.

Restart the App (or Your Phone/Computer)

If this doesn’t work, you’ll want to check the Fitbit app. You might try restarting the app by closing it out and then opening it again (what did we just say? Turn it off then turn it back on!). If that doesn’t work, try uninstalling and reinstalling the app. Your data is saved in the cloud, so it won’t be lost.

Is It Syncing to Multiple Devices?

If not, make sure that your Fitbit is only syncing to one device. Either use your phone to sync or your computer, but not both. The quickest way to do this is to turn off Bluetooth on one device when you’re syncing. However, you might want to limit yourself to just one device.

Sometimes WiFi can interfere with syncing. Try turning off WiFi on your phone and then trying to sync with cellular data. I’ve found that this works more often than you’d expect it to.

How Many Bluetooth Devices Are Connected?

Multiple devices can interfere with syncing. Disconnect wireless headphones, keyboards, etc. from Bluetooth and make sure that you aren’t within 20 feet of your car if it’s on. This will ensure that only your Fitbit is connected via Bluetooth to your phone or computer.

If none of these steps have worked, you have a more serious problem with syncing. You will only want to try these options if and when other methods haven’t worked.

The safer option is to restart your Fitbit, which is like restarting or rebooting a computer. As we all know, often restarting a computer does the trick. You’ll want to check with the instructions manual for your specific Fitbit on how to restart. 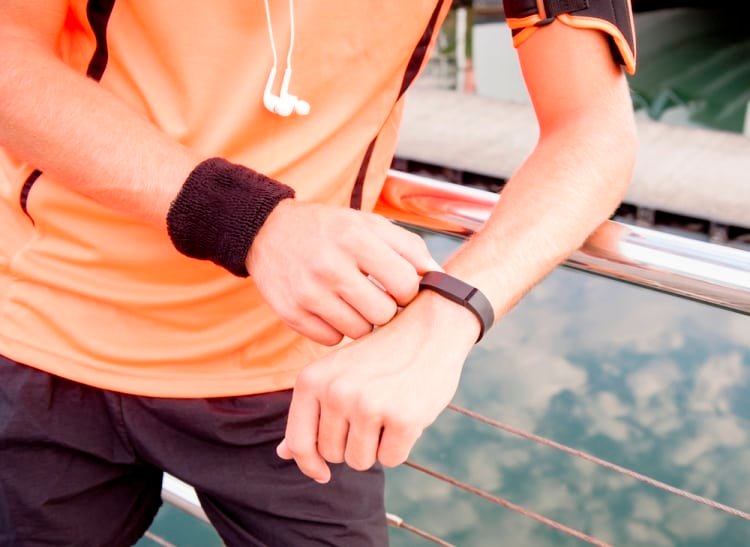 However, you’ll likely do something like plug your tracker into the USB charging cable and make sure that you’re getting a charge and then hold down the main button for 10 seconds. You should see the Fitbit logo on the screen and your device will restart.

This will not delete any data that you have saved on your Fitbit. The only thing that will go away is if you had any notifications. However, once you start getting new ones, those will appear again.

As the final option, you can reset your Fitbit, but you really only want to do this if nothing else is working. The process WILL return your Fitbit back to the original factory settings. You will lose any data that was not synced to your online Fitbit account. Data that was synced previously can be restored later.

Again, you’ll want to read the instructions manual to see exactly how to do it for your Fitbit tracker and if your tracker can even do it. Some trackers do not have a factory reset option. Again, remember that restarting and resetting are two different things.

Like a computer restart, restarting your Fitbit turns it on and off. Resetting means that you’re deleting everything on it, and it’s like getting a completely new device.

Hopefully these steps helped you figure out how to solve the pesky problem of your Fitbit not syncing. Ideally, it only took a few of the simple steps to get things working again, But if all else fails, at least you know what to do.

In the future, start with whatever caused your syncing issues before, as long as it’s not in the last category. Your device might be more prone to have issues with Bluetooth or needs to be reminded through manual syncing. You just never know.

How Do Fitness Trackers Work? Your Questions Answered

Fitbit Vs Garmin: Which Brand Is Right For You?

Best Fitbits for Runners in 2022