Home » Injuries » Why Am I Coughing After A Run?

Why Am I Coughing After A Run?

It’s a common occurrence among runners. You have a great run and arrive home feeling good, and then it starts—a cough that lasts for an hour or so after your run. This can lead to other symptoms like a sore throat, sore chest, or fatigue—depending on the severity of the cough.

There’s usually no need to worry if you’re coughing after a run. It’s not typically an indication of any underlying conditions, but it can ruin the enjoyment of a good run.

But if this problem affects you and you’d like to find out how to alleviate it, you’re in luck. We’re looking at the common reasons behind coughing after a run and some easy methods to prevent it from occurring as often. 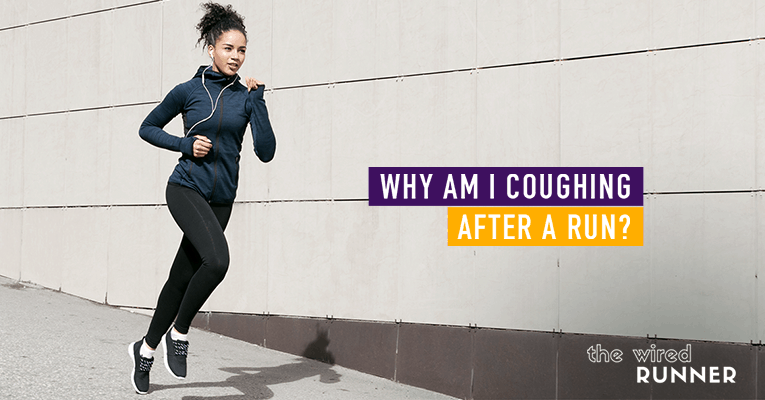 Is Coughing Common After Running?

Coughing after a run is very common among runners and athletes—especially triathletes and cyclists. It’s often referred to as “track hack” or “pursuiter’s cough”. It can affect runners of any age or fitness level, regardless of how long you’ve been running.

The cough will usually set in a few minutes after your workout, although there may be times when you’ll start coughing shortly after you start running. It can occur fairly regularly, but it shouldn’t be a persistent cough that lasts longer than 60 minutes after your run.

The cough may be the result of other external factors, like pollen or warm, humid air. One way to identify what may be triggering the cough is to keep track of any other symptoms when they occur.

This may help you to identify if your cough may be caused by one of the following reasons.

List of Potential Reasons for Coughing After a Run

Exercise-induced bronchoconstriction—EIB—is when the airways temporarily narrow during exercise, which makes it difficult for the air to move out of the lungs. This was previously considered to be a type of asthma and medical practitioners used to refer to the condition as “exercise-induced asthma.”

While asthma can be triggered by a number of different respiratory irritants—smoking, pollen, pet dander, and pollution, to name a few—EIB is triggered by exercise and causes a reaction very similar to asthma.

When we run our bodies require more oxygen and in order to breathe deeper and faster, we end up inhaling through our mouths. Without the nose acting as a filter and warming up and moisturizing the air, you’ll be breathing air that is colder and drier.

It’s this cold, dry air that can trigger EIB within a few minutes of you starting to run. But it will most often be worse 5 to 10 minutes after you’ve stopped running. It can take between 20 to 60 minutes to stop coughing.

That being said, some people may experience a “late-phase” of EIB which can occur 4 to 12 hours after they’ve exercised. The symptoms are usually less severe than the EIB one may experience within a few minutes after a run.

This is due to airborne pollen and mold spores that get caught in the airways and irritate them. This can make it more difficult to breathe when you’re out on a run, especially if you’re in an area that has a high amount of pollen. 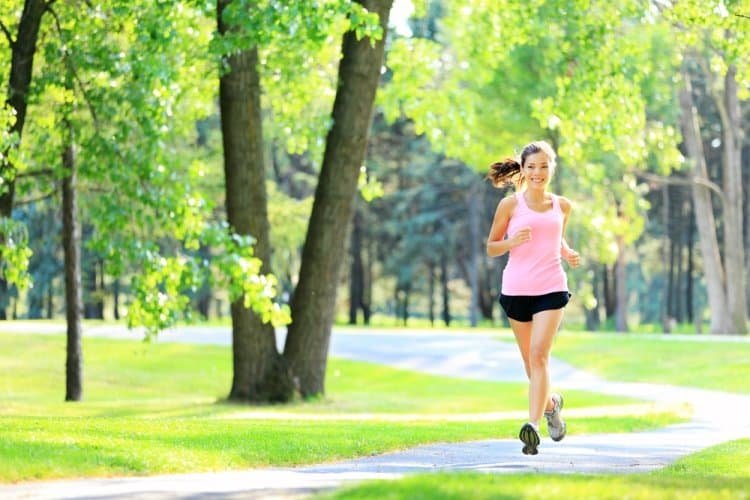 While some people are only affected during certain seasons, others have perennial allergic rhinitis and will experience hay fever symptoms year-round.

Our body is constantly producing mucus, which lines the nose, sinuses, throat, mouth, and lungs.

This mucus helps us to stay healthy by preventing the airways from drying out and protecting the body by trapping dust, allergens, and germs, which are then passed through your system.

Most often you won’t notice the mucus until your body starts to produce too much of it. Overproduction of mucus is triggered by allergies, sinus infections, the common cold, and running in cold weather.

The excess mucus will run down from your nose to your throat—mixing with saliva—which can irritate the throat. You may find yourself having to clear your throat frequently and you may notice that your throat feels sore.

As the post-nasal drip continues, it will cause irritation and stimulate the cough receptors—also known as rapidly adapting irritant receptors—which leads to you coughing or developing a persistent cough.

Many runners have experienced the burning sensation of heartburn in the chest on a run. But there are those who may not realize that their wheezing, coughing, hoarseness or the feeling that their throat is tight or that they have something stuck in their throat are all symptoms of acid reflux.

If you’re coughing up mucus after a run, then you could be suffering from acid reflux (also known as laryngopharyngeal reflux). This is when the band of muscle at the bottom of the esophagus—lower esophageal sphincter—is weak or too relaxed and lets stomach acid flow back into the esophagus and up to the throat.

Unlike our stomach, which has a mucus lining, the esophagus doesn’t have a layer of mucus to protect it from the acid. The stomach acid irritates the esophagus and causes inflammation.

When you go for a run, there’s more intra-abdominal pressure, and the jostling of our body movement lets stomach content escape, which leads to acid reflux. This can turn a good run into a bad run very quickly.

Some runners find relief running in cold weather or during winter especially if it’s been a hot and humid summer. Running during winter may be more about maintenance than tempo or speed work, but it’s also the time where some of the best marathons are run.

But running in the cold means that you’ll also be breathing in more cold air, which will cause your airways to narrow. The cold air is drier—it has less moisture than warm air—and this makes it harder for your lungs to warm and humidify the air.

This causes the lining of the airway to become dry, which will lead to a cough. It can also leave you feeling tight-chested and short of breath. 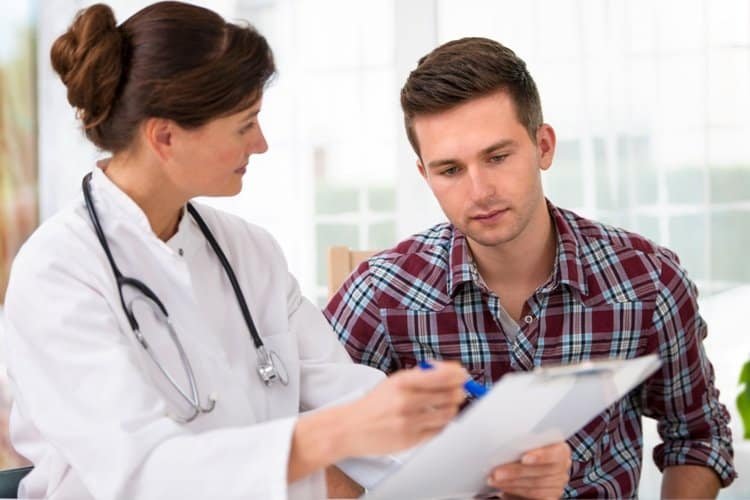 The reason vocal cord dysfunction is hard to diagnose is that the doctor would need to look at your vocal cords, and if the VCD isn’t active at the time, they won’t know it was VCD.

How to Prevent and Treat Coughing After Running

Although it’s best to see your medical practitioner and get an expert opinion on what the source of your cough is, there are a number of ways that you can prevent and treat a cough after running yourself. You may be able to control or even prevent most of the triggers.

Before you leave for a run, check the pollen and mold count on the National Allergy Bureau’s website: https://pollen.aaaai.org/#/. You can also create an account where you’ll be sent the latest notifications. These will help you to decide if you should train indoors—if the pollen count is high—or outdoors—when the pollen count is low.

Training indoors—on your own treadmill, indoor track, or at a gym—can help to alleviate the severity of your allergies. This would also be an option for when the weather changes and you may not want to run in the cold. But if you do want to run outdoors in the cold, then it would be best to wear either a neck gaiter or a balaclava.

The balaclava or neck gaiter will help to warm and moisten the air before it enters your lungs. You can also try running while breathing through your nose, as this will also warm the air and remove any irritants before the air reaches your lungs.

Try to breathe through your nose as much as possible, as it warms the air slightly before it enters your lungs. Make sure that you warm up for about 15 to 20 minutes before you do a long or intense run.

This will allow your body to adjust and acclimate to the breathing pattern that you’ll use for the run. This will help to alleviate your symptoms of EIB, especially if you prefer not to use medication. 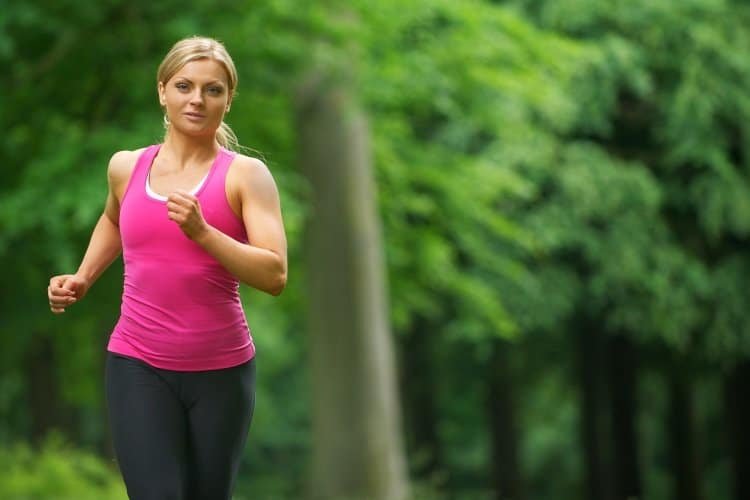 Drink warm fluids like warm water with honey and lemon, as this will help to ease the irritation in the throat. You can also use throat lozenges—Chloraseptic Max Sore Throat Lozenges or Advil PM are healthy choices—to help relieve the inflammation and pain.

If you’ve come down with a cold or have a respiratory illness, then the best thing you can do is rest. You may find that even a few weeks after you’ve recovered you may be coughing after your run, and the above steps can help you to alleviate the symptoms.

For post-nasal drips, you may want to try using over-the-counter medications like antihistamines or oral decongestants. But speak to the pharmacist—or your doctor—to make sure that the medication is appropriate for you.

If you’re experiencing acid reflux, you can look at eating foods that will help to reduce acid reflux, such as lean meats, egg whites, vegetables, seafood, oatmeal, and ginger. Try and avoid caffeine, citrus fruits—oranges, lemons, limes—and peppermint before a run.

The evening before your next run, try to avoid foods that are spicy, full-fat dairy products, alcohol or raw onions, as these are known to increase the amount of acid in the stomach.

When Should I See a Doctor?

If your cough gets worse, persists for longer than an hour after your run, or has been ongoing for a few months, then it would be best to see your doctor. You should also book an appointment with your doctor if you suspect that you may have exercise-induced bronchoconstriction—EIB—or vocal cord dysfunction—VCD.

You should also seek medical attention if your cough includes symptoms like heart palpitations, shortness of breath and a high fever.

If your acid reflux becomes more frequent or severe, or if you have difficulty or pain when swallowing—especially if you’ve cut out foods that can lead to acid reflux—a checkup is a good idea.

Coughing after running is fairly common amongst runners and doesn’t always indicate that there’s a serious underlying health condition.

But with that being said, if you’ve tried some “at-home modifications” like running indoors when the pollen count is high and it hasn’t helped, or if you have a persistent nasal drip, then you may want to make an appointment with your doctor.

Keep track of your symptoms, when they occur and how you feel, as this will help your doctor to make a diagnosis. If you have any concerns about your health, don’t hesitate to make an appointment or call your doctor’s office to discuss them.