Garmin is one of the top brands – maybe the top brand – in the GPS watch industry. There’s no denying that they have some amazing products, and if you look for long enough, you’ll find something to suit every type of person and budget.

One of their most feature-laden models is the fenix. It doesn’t get quite the publicity in running circles that the Forerunner products get, and that is a shame. Fenix watches are durable, attractive, and can track a tremendous number of activities. The fenix has been through a good few updates, upgrades, and revamps – currently on the market are the fenix 5 and fenix 6 lines.

With two versions of the watches available at the same time, and for substantially different prices, it’s worth taking a look at the features and performance and how they match up. Ultimately, the question is: how much are you willing to pay for the latest bells and whistles? We think that some are definitely worth it, while others are niches features you should think carefully about before paying for.

If you’re in the market for a new multisport/adventuring watch and you’ve got your heart set on a Garmin, you won’t be disappointed! They’re not this well-known for nothing.

But it can be difficult to figure out which one to buy. That’s why we’re here – so let’s hop right into the meaty stuff. 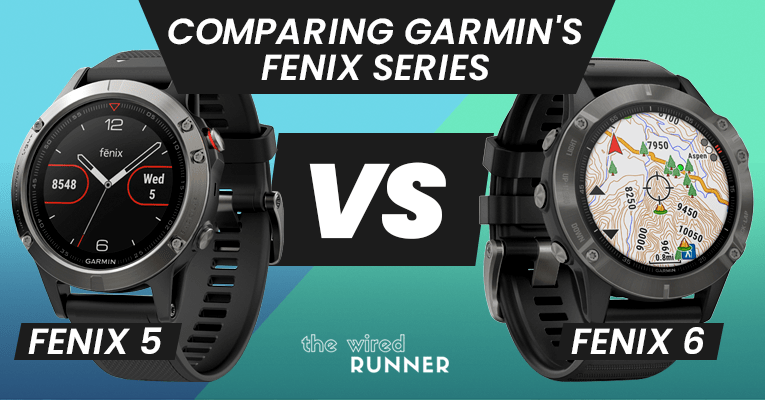 The fenix 6 replaces the fenix 5. Maybe replaces is a strong term; these two watches are more similar than not. But technology’s relentless march forward continues, and so here we are with an excellent update to an already-excellent device.

This means that 1) the fenix 6 series is Garmin’s latest and greatest fenix watch. But also that 2) the fenix 5 is marked down significantly in price, and represents an absolute steal of a deal.

Since these are expensive watches to begin with – and still fairly expensive even for the marked-down fenix 5 – if the price is a factor in your buying decision, remember that the older model is less expensive.

That being said, it is 2+ years out of date, and likely won’t receive any software updates from Garmin. Basically, what you get is what you get.

But also, the fenix 6 is not a huge leap forward in progress. Yes, there are new features. But are those features enough to justify buying it over the fenix 5?

Keep reading and we’ll cover that in more detail…

Although at first glance these 6 watches kind of look like they’re quite different, they’re really all fairly similar. There are subtle differences, but those small things may be enough to deter you from one and endear you to another.

Both of these number series came out with the original number, the S-model, and the X-model.

The S is the smallest size, followed by the plain number, and then the X. You could say S stands for small, and X for extra-large. The same goes for their weight.

It works similarly with price, with the S priced the lowest, the plain number in the middle, and the X most pricey. This does depend on where you buy it, though.

The other difference (although only slight) is battery life. It goes without saying that watches with the bigger bodies have bigger batteries, so their batteries last a bit longer than the smaller ones.

The advantage to the S-fenix is that it fits better on smaller wrists. The largest fenix is really bug, and can feel and look clunky if you are wearing it for purposes other than exercise.

The Garmin 5 and 5X have screens of 240 x 240 pixels and 64 colors. The 5S has slightly fewer pixels, 218 x 218, but still 64 colors. The screen is slightly smaller than the others, so the difference isn’t really noticeable.

Battery life is always important, and one of the big reasons runners choose fenix watches over Forerunners. Using the watch as just a watch should last you up to a month before needing a charge, but in GPS mode (which most will use), the battery life can vary slightly.

As mentioned above, the S is the smallest model and has the least battery life. The X is the largest and has the longest-lasting battery. 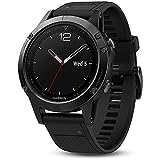 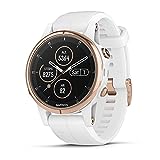 Also, remember that different factors can influence battery life, from the features you use, to playing music, to engaging UltraTrac mode (where you sacrifice distance and speed accuracy for extended battery usage).

This extended battery life is critical if you are planning on using your watch as a navigational aid for long adventures such as multi-day hikes or mountaineering. But it also allows for your watch to age gracefully. Battery performance decreases sharply over time, but with the expense of these watches, most runners and going to plan on using them for years. Even if your batter life decreases by half after four years of use, you will still have plenty of capacity for long activities – up to and including ultramarathons.

We’d love it if the sun could charge your watch as you use it, but it’s not that great (yet). Instead, the solar versions will extend your battery life. This depends on usage and sun conditions, but it will add some hours to the estimates above.

In the end, if the battery is your biggest concern, you’re better off going with the latest, largest model. And for max battery, opt for the solar versions.

The 5 series have an optical heart rate sensor that saves data every second or two. The sensor is quite flush with the back of the watch, so it shouldn’t cause any discomfort.

Garmin’s 6 series features the same – a wrist-based heart rate sensor that rests comfortably on the arm. Some users have complained that the fenix 6 doesn’t pick up their heart rate consistently.

All models can also be connected to an external chest heart rate monitor.

Sensors on the 5 and 6 series include:

Plus a few others.

There are no major differences in the sensors built into both watches. The only thing of note is the Pulse oximeter – that’s only on the 5X in the 5 series, while it’s on every fenix 6 watch.

Garmin started as a GPS company, so it makes sense that their map technology would be superb. Before Google Maps and Waze were even a thing, there was Garmin, providing GPS services to the US military.

The fenix 5X is equipped with maps, but unfortunately, the 5 and 5S don’t use full maps. They use a compass-style guide system, instead of the pinpoint map.

That just means that you’ll need to do some work beforehand if you want to track your route on these watches. You can preset a route and add it to your phone via Garmin Connect.

In contrast, all of the 6 models feature preloaded maps and GPS. 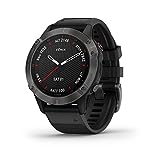 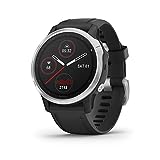 We’re a big fan of real maps on the fenix, so we’d recommend a fenix 6 or 5X. Again, as the fenix is marketed more as an adventure watch (as opposed to a running watch), the availability of maps for backcountry navigation is a tremendously useful feature. It is not hyperbole to say it is potentially life-saving.

Both the fenix 5 and 6 series offer tracking for a wide range of activities.

This includes obvious activities like running, biking, hiking, and swimming. But there is tracking for some more unique workouts like skiing, paddle sports (kayaking, canoeing, SUP), and golf (yes, golf!).

These allow you to monitor your own exercise and understand when you need to rest and when you’re able to push harder. They feature technical analysis tools that help you to improve your form.

With the 6 series, Garmin takes a more holistic approach to training, covering the same as the 5s, plus a Body Battery Energy Monitor (this feature uses heart rate, activity, and stress to calculate an overall energy metric).

Both the 5s and the 6s are compatible with a variety of apps and accessories.

Both fenix series can interchange straps easily and can be used with a Garmin carry case.

All these smartwatches come with women’s health monitoring, Find My Phone and Find My Watch tech, and up-to-date weather.

They also have music storage of up to 2,000 songs, along with playback from the watch. Garmin Pay is standard – this lets you make in-person payments using your watch.

These watches also all have incident detection and safety features that can send alerts to friends and family if you need help or get into a bike accident.

Both the fenix 5 and 6 series watches are feature-packed and offer tons of data for all types of athletes. They look great to boot, and work well when worn casually or in an office.

Otherwise, we don’t think there is a huge advantage to buying the fenix 6 over the 5. They are both great watches, and you’ll save a bit with version 5 without losing many new features.

Finally, if you have a smaller wrist or want a less bulky watch, go with the S-series on either the 5 or 6. We think the smaller watch is worth losing some battery life over.