The Benefits Of Pre-Workout Caffeine

There are two types of people in the world: those who believe coffee is the elixir of life, and those who are mistaken. Many people start the day with a cup or two of coffee simply because they love it. Athletes fueling up at breakfast for a workout might wonder, though, whether coffee impacts performance. If you’re a coffee drinker or just want to get a bit more umph in your running, maybe you’ve considered drinking or consuming caffeine before a run or workout to get an energy boost but aren’t sure if that is a good idea or not.

In this article, we’ll discuss everything you need to know about consuming caffeine before running, including benefits, quantity, timing, and side effects to watch out for.

Caffeine is a natural stimulant that speeds up communications between your brain and your body. It is found naturally in tea, coffee, and cacao plants. Because it is a stimulant, it helps keep you awake and alert.

The reason caffeine works is that it helps to block the effects of adenosine, a neurotransmitter that lets your body and brain know when you’re tired. During the day, adenosine builds up, letting you know at the end of the day that it’s time to sleep.

But with caffeine, your brain hasn’t been getting these signals, so it doesn’t know that it’s tired. Caffeine can also increase adrenaline levels, which makes you alert and focused, rather than tired.

Caffeine works quickly. You can start to see the impacts from just one cup of coffee in 20 minutes, and you’ll get the full effectiveness within an hour.

Although we most often think of coffee as having caffeine, yerba mate, tea, and chocolate are other common caffeine sources. Actual caffeine content depends on a number of things. For example, dark-roast coffees, even though they have a stronger flavor, contain less caffeine (it breaks down during the roasting process). A shot of espresso contains a comparatively small amount of caffeine, because it is much smaller than a cup of regular coffee.

What are Some Benefits?

Caffeine has several major benefits, including three that are particularly pertinent to running: energy, endurance, and boosted metabolism. However, there are other advantages, such as improved mood and brain function.

Since we all know that running produces endorphins and can put you in a better mood, you might not have thought about these benefits of caffeine.

Most likely, you’ve been thinking about caffeine and running because you want more energy to push harder in your workouts. It is true that caffeine will give you that, increasing your physical energy and helping to sharpen your focus mentally.

If you’re someone who gets distracted easily even when you’re on a run, caffeine may help you get more out of your training because it will give you increased focus. And the more focused you are on a goal, the more likely you will be able to achieve it. 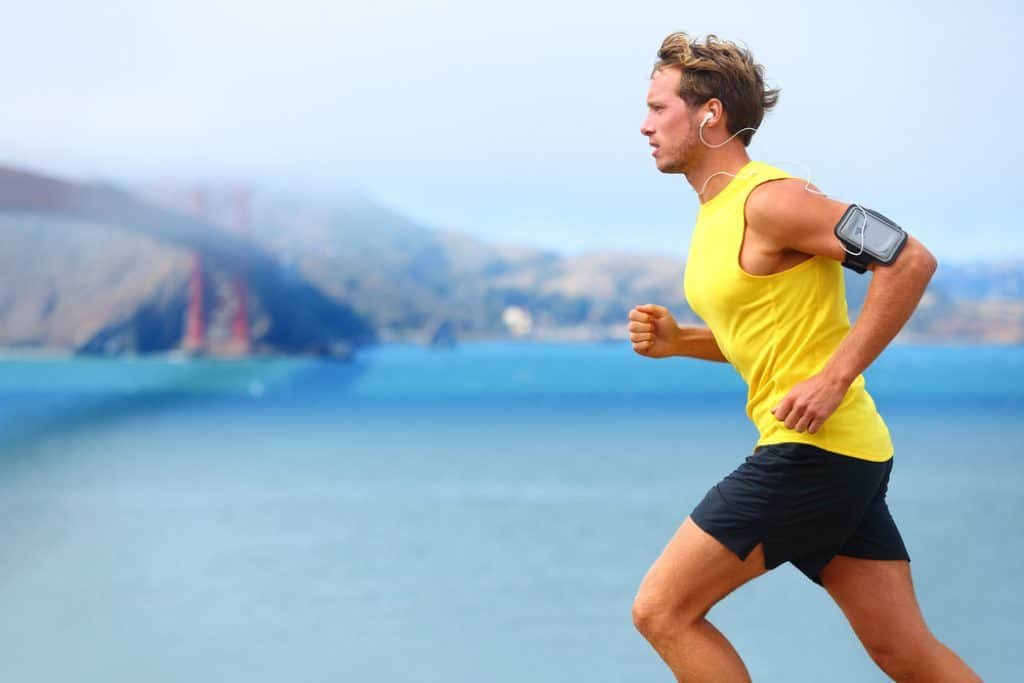 If you’re running short distances, caffeine may not provide as many benefits. Before long runs or before a race, though, caffeine can augment your endurance and ability to push through the pain. However, you’ll want to practice using caffeine before working out and not start doing it for the first time before a big race. Contrary to what I said above, caffeine is not a magical elixir that will give you endurance you haven’t earned in training. But it will grease the wheels a bit.

Finally, caffeine will jumpstart your metabolism, giving you a higher alertness and a faster reaction time. As a runner, this can be great for sprints when you need to go faster and get your body to respond more quickly.

Studies have found that because caffeine stimulates the central nervous system, it may increase metabolism by just over 10%. While that might not seem like much, think about it in terms of grades. 10% is the difference between a B and an A or a C and a D. That’s a big difference!

When Should I Take Caffeine?

You need to give your body time to process the caffeine so that it has the maximum effect. Forty-five to sixty minutes before a run is ideal for giving it time to absorb into your system.

At the very least, you’ll want to let your caffeine soak in for 15-20 minutes before heading out.

Remember: it takes 60 minutes to experience the full effect of caffeine, so if you want all the benefits (more energy and endurance and a better metabolism), you’ll have to wait a little bit.

Also, take into account the fact that caffeine can have a laxative effect on many people. You don’t want to be a mile into your run when that effect kicks in. Best to have your caffeine early in your pre-run routine so that you can get yourself…uh…fully prepared.

How Much Caffeine Should I Take?

As with many things in running, how much caffeine you should take depends on a wide variety of factors.

First, different body weights will need different amounts of caffeine. Second, someone who drinks coffee a lot may need more caffeine than someone who rarely drinks it. In other words, it comes down to body weight and tolerance.

250 to 400 mg is a good ballpark measure to start. This is 2.5 to 4 cups (not mugs) of coffee. If you haven’t been a coffee drinker before, you might want to start on the lower end and see how the caffeine impacts you. It might be the case that you don’t need too much caffeine to get the benefits you want. Remember, though, that different coffees vary in caffeine content. The lighter the roast, the higher the content.

Are There Alternatives to Coffee? 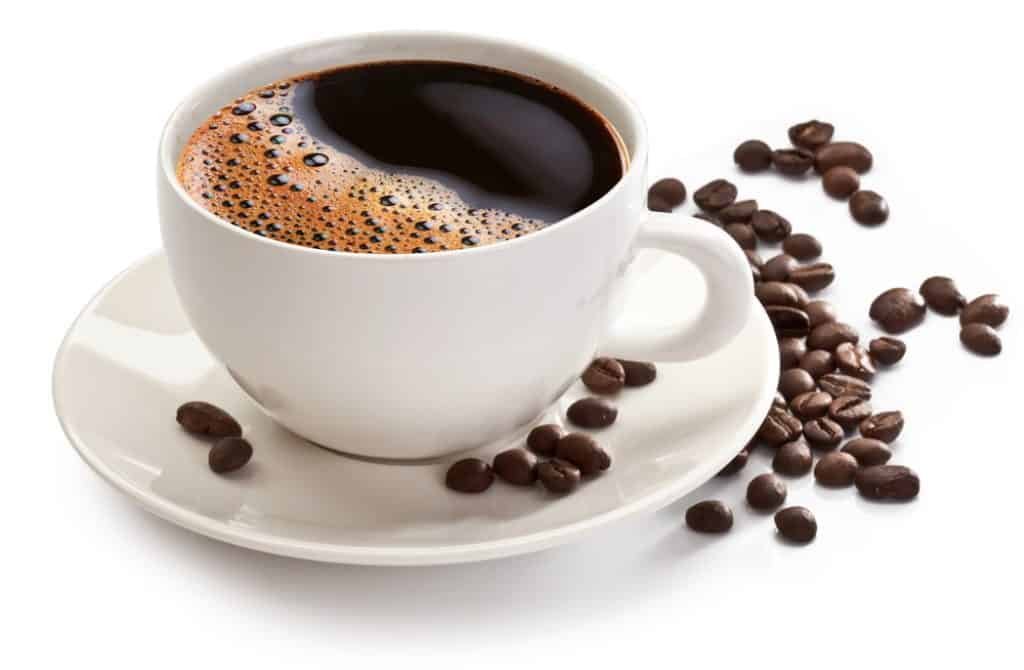 Yes, if you really hate the taste of coffee, you can consume caffeine in other ways like tea, supplements, soft drinks, and run gum. Depending on the type of tea, you might get similar amounts of caffeine as in a cup of coffee, but you’ll get a lot less in soft drinks.

You can also find minimal amounts of caffeine in milk chocolate and dark chocolate, so if you want just a little bit of caffeine, you can always go that route. Or if you just want an excuse to eat chocolate!

Some brands of energy gels also contain doses of caffeine. Try a few out, and see how they sit with your stomach.

What Are Some Side Effects to Watch Out For?

While caffeine has a lot of great benefits, you may want to watch out for some disadvantages. If you drink too much coffee, that could make you jittery, which isn’t exactly the feeling you want when you’re running.

Additionally, caffeine in large quantities can cause heart palpitations, dizziness, and faintness. In other words, caffeine is great as long as you don’t overdo it.

In the end, pre-workout caffeine can give you an excuse to drink a cup of coffee or eat some chocolate and provide some benefits to your runs. But make sure that you get just the amount that you need so you can get the advantages without the downsides.

Got Runger? How to Manage Running and Hunger

Pros and Cons of Creatine for Runners

Tips On What To Eat Before A Triathlon