Are you an ASICS fan? We all have our favorite brands, but sometimes even loyal fans can struggle to choose the right shoe.

Today we’re comparing the ASICS GT-1000 vs GT-2000. They’re very similar shoes and without all the info, it can be hard to pick the right one for you.

Both shoes are stability shoes, which means they’re built for runners who overpronate. If you’re a neutral runner, you’d be better off choosing a non-stability shoe from this list instead.

Both the GT-1000 and GT-2000 have a narrow midfoot and tight but comfortable heel.

The biggest difference between the shoes is the amount of cushioning. The GT-2000 is a higher-quality shoe and overall more comfortable. The GT-1000 is the budget version but lacks some features.

Let’s check the shoes out in more detail. 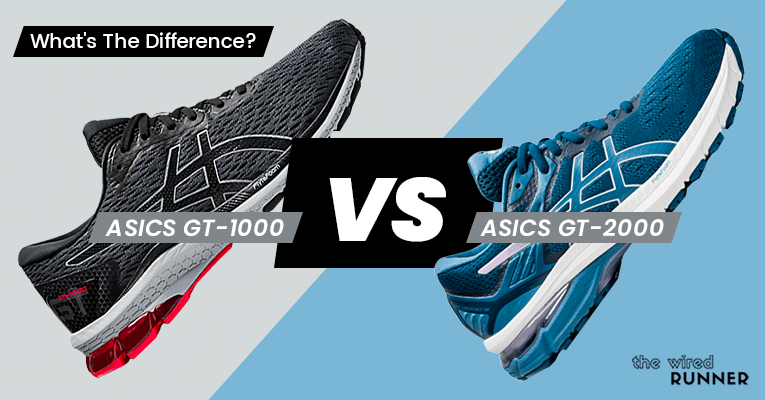 The GT-1000 v10 has a newly-designed Jacquard mesh upper that’s not only breathable but shapes itself to the contours of your feet.

The one-piece upper is seamless and features an integrated support system that provides additional structure without being too rigid. While the upper isn’t waterproof, it does dry quickly so you’re guaranteed a comfortable ride if they get wet.

There’s plenty of padding in the tongue and heel collar, which helps to lock the foot down, adding to the stability of the shoe.

Some may find the fit to be slightly tighter in the midfoot and heel. This will widen out as it goes into the toe box, allowing your toes to splay naturally.

The shoes use the traditional lacing system, and the flat laces help to get the perfect tie without creating pressure points on the foot.

These shoes may feel slightly tight when you first put them on, but the upper will still be comfortable on your run and will stretch a bit over the miles.

It’s seamless around the midfoot and toe box so there are no areas that might cause hot spots. The dual-layer mesh upper is flexible, breathable, and has a slight stretch to it as it conforms to the shape of your foot.

The upper has been reinforced in strategic areas for added support, with printed overlays that wrap from the lace holes to the back of the heel. The twin-layer mesh doesn’t dry quickly if the shoes get wet and it may feel as if it retains water, so it may be best for dry-day runs.

The heel cup is snug and includes a rigid heel counter, which helps provide a secure and comfortable fit as your foot rolls through its transition.

Both the tongue and heel collar are padded with a satin-like cushion. The tongue stays in place on top of your foot, without creating pressure points or discomfort.

The GT-2000 v9 uses the standard lacing system, but it does have an extra lace eyelet at the top so that you can get the perfect fit if needed. 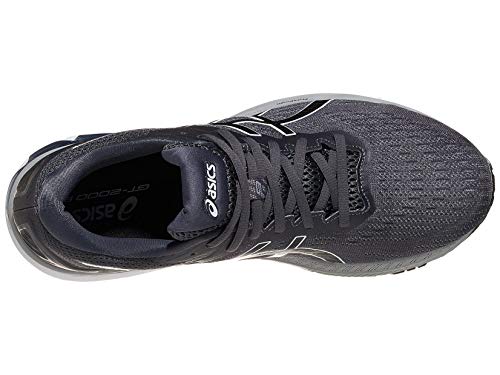 The midsole of the GT-1000 v10 has undergone a minor update. It switched the FlyteFoam Propel technology for normal FlyteFoam, which gives it a softer but firmer underfoot feel.

Some runners may feel that the cushioning is lacking in the forefoot and that their forefoot bears the brunt of impact. Others may appreciate the forefoot if they’re looking for a closer-to-ground feel.

The stability support of this shoe can be found in the medial side of the shoe, with the DuoMax support system. It’s designed to reduce or prevent excessive inward rolling of the foot through the gait cycle.

The DuoMax support system doesn’t compress like the Flytefoam cushioning during impact, keeping the foot upright. It’s aided by the Trusstic system in the midfoot at the base of the shoe.

The support system of this shoe is slightly different from that of the GT-2000. It makes the GT-1000 slightly lighter, but it does allow for a more minimalistic underfoot feel of the ground.

For soft step-in comfort, the GT-1000 has a removable Ortholite insole.

The midsole of the GT-2000 provides a firm and responsive ride thanks to the FlyteFoam cushioning in the midsole.

This shoe features both rear and forefoot GEL cushioning technology, which not only helps absorb impact but also provides smoother transitions.

The GT-2000 also features the DuoMax support system, in conjunction with the Guidance Trusstic System that can be found in the midfoot of the shoe. These help to control the movement of the foot and provide torsional rigidity, which leads to smoother heel-to-toe transitions and prevents twisting of the foot.

It’s important to note that there are gender-specific differences in the men’s and women’s versions of the shoe.

The women’s GT-2000 has an injected top layer of Solyte cushioning in the forefoot, providing up to 20% more shock absorption than the men’s.

Both the men’s and women’s shoes come with a molded EVA sockliner to provide step-in comfort. It also features an antibacterial lining to reduce odor.

The outsole of the GT-1000 uses ASICS High Abrasion Rubber (AHAR), which has excellent grip and traction in both wet and dry conditions.

It also features a full-length guidance line to improve your gait. For forefoot flexibility, there are three horizontal flex grooves to provide a snappy toe-off. 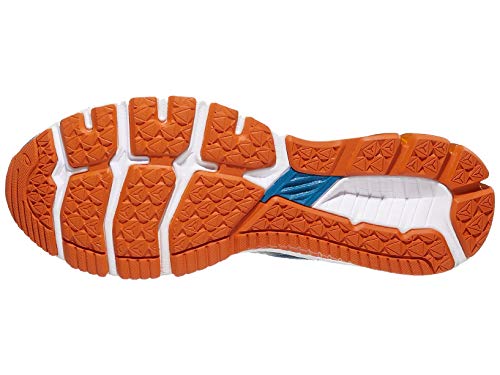 The outsole also features the AHARPLUS heel plug, which reduces excessive wear and significantly improves the durability of the shoe. Even after 100 miles, there should be minimal signs of wear.

The outsole of the GT-2000 features ASICS High Abrasion Rubber in the forefoot and AHAR+ in the heel of the shoe. This helps to improve its durability, especially in high-wear areas.

It also has three horizontal flex grooves in the forefoot for added flexibility, so that your foot can go through its natural range of motion.

The traction offered by the outsole will have you running confidently, whether on roads or hard surfaces, hot summer days, or in rainy weather.

The GT-1000 fits snugly in the heel and midfoot, which some runners may find a tad uncomfortable.

Overall, the GT-1000 provides a stable, firm, and springy ride. Some runners may find the midsole to be a bit too stiff for their liking.

Some may find the GT-2000 to be a bit stiff in the midsole, with minimal energy return. It also has a narrow fit throughout, which wider-footed runners may find troublesome.

But the GT-2000 will leave you with plenty of spring in your step. Runners should find it easy to maintain their pace, even though this is a stability shoe.

An 8mm heel-to-toe drop is right in the middle of the range, providing comfort for most runners without added pressure on the forefoot.

The GT-2000 has a slightly higher heel-to-toe drop, at 10mm. This might not be noticeable, but serious runners may appreciate the extra 2mm and the slight forward propulsion it offers.

The GT-2000 has an MSRP of $120. If you’ve been running for a while and prefer a more cushioned shoe, then this one would be the better choice.

Both the GT-1000 v10 and the GT-2000 v9 are excellent quality shoes. They both feature classic ASICS technology and are built to protect the feet of overpronators.

That said, we recommend the GT-1000 for runners who want an entry-level, adequately cushioned shoe without anything fancy.

Those who want a little more padding underfoot and a bit more pep in their step for races should consider spending a little more on the GT-2000. 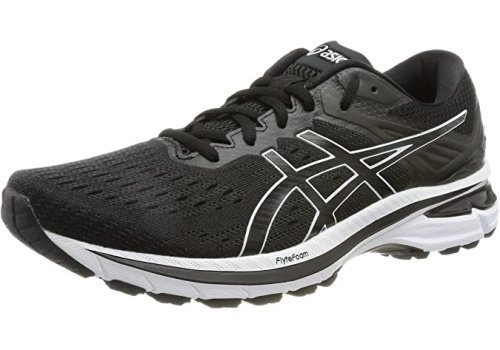 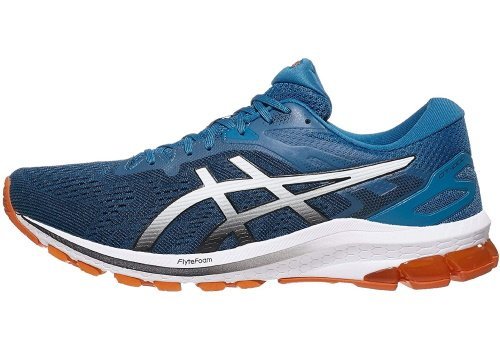