Home » Shoes » ASICS » ASICS Gel-Nimbus Vs ASICS Gel-Cumulus – Which Shoe Is Best For You?

ASICS Gel-Nimbus Vs ASICS Gel-Cumulus – Which Shoe Is Best For You?

ASICS is a popular running brand across the globe, and two of their most popular shoes are the Gel-Nimbus and Gel-Cumulus. In this article, we’ll be looking at their many similarities as well as their important differences. As a start, both shoes are neutral/underpronation running shoes, and they both obviously contain ASICS’ signature Gel cushioning.

If you’re a fan of ASICS, you’ll know that many of their shoes use Gel cushioning. It’s their ASICS-only way of providing midsole comfort. But don’t assume that all their shoes are the same.

With the Nimbus and Cumulus, it’s important to note that there have been many iterations of both shoes over the years. In this review, we’re looking at the two latest models – the Gel-Nimbus 24, and the Gel-Cumulus 23.

In a nutshell, the Gel-Nimbus is the plusher of the two. That’s the main and most noticeable difference between them, although there are a few other little variations. The Gel-Cumulus also has newer improvements that add increased stability.

When running shoes are as similar as these two models, it can be difficult to figure out if one is better than the other. In this review, we aim to provide you the information to make that decision for yourself! 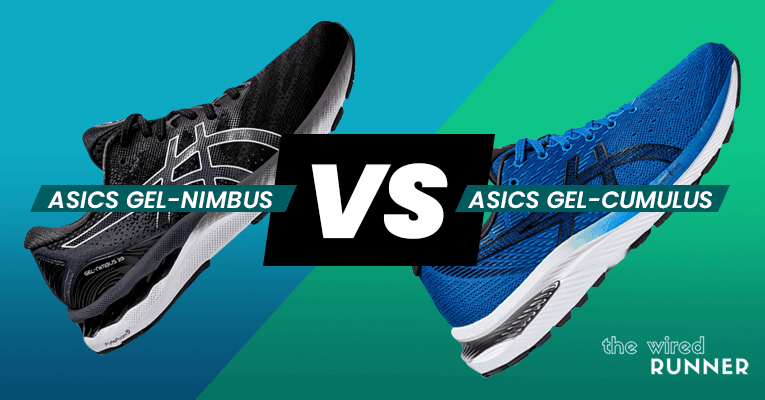 Both shoes have uppers crafted from a mesh. The Gel-Nimbus is made of engineered mesh, which is tightly woven to form a snug upper with a stretchy and flexible midfoot panel.

Specially engineered eyelets allow the upper to move with the feet more naturally, and the material’s softness is ideal for longer runs. The upper of the Nimbus is made from recycled materials.

The Gel-Cumulus has a 3D print upper, which improves the fit and support of the shoe. It makes for a slightly stiffer feel, but it keeps the foot right where it should be.

Both are soft, breathable, and allow good airflow through the shoe. Additionally, both use a traditional lace-up system for a tight and custom fit. Cushioned ankle collars and padded tongues are featured on both shoes for extra comfort and protection.

Both the Gel-Nimbus and the Gel-Cumulus utilize Flytefoam Propel cushioning. It offers a slight bounciness to the ride and moves the runner forward with less effort. Both also use a standard Flytefoam cushion, which is softer and shock-absorbing.

The combination in the Nimbus makes for a softer, plusher ride. The Cumulus, meanwhile, has a slightly firmer and bouncier feel. Both Flytefoam and Flytefoam Propel are made from environmentally-friendly organic super fibers that don’t flatten as others do.

Both the Gel-Nimbus and the Gel-Cumulus make use of Gel cushioning technology in the heel. The gel units absorb shock and take pressure off the heel, reducing pain and discomfort and providing the cushioning ASICS is known for.

The Gel-Cumulus incorporates 3D SPACE CONSTRUCTION, a new type of midsole with different densities in different places in the shoe. This gives a more customized feel when running. And the men’s and women’s shoe is specifically designed for that gender.

The Gel-Nimbus has recently seen the addition of some gender-specific features to cater more specifically to the wearer. One of these technologies is Trusstic System technology. This adds extra support while reducing the weight of the midsole. Gender-specific pillars under the toes offer even more cushioning and allow for easier control.

Plus 3 midsole tech in the Nimbus also adds an extra 3mm of height to the women’s shoes. 3D Space Construction technology increases cushion compression and shock-absorption. Changes to the outsole help the female foot to engage more dynamically with the midsole.

In summary, while both shoes offer very similar cushion, the Gel-Nimbus comes out slightly on top for its plushness, while the Gel-Cumulus wins for firmness.

The AHAR outsole (ASICS High Abrasion Rubber) features blown rubber in the forefoot for better control, and carbon rubber in the rearfoot for durability. 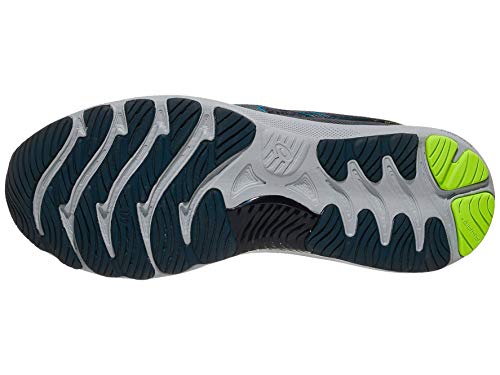 Both shoes use forefoot flex grooves to improve the sole’s flexibility, adding to range of movement. On the Nimbus, these grooves have been reengineered differently for the men’s and women’s models. The result is more specific control that works with gender-specific tendencies in the shape of the foot.

This helps a man’s or woman’s foot to engage with the sole more effectively, improving running performance as well as staying safer on the road thanks to enhanced grip.

The Nimbus may be the plusher of the two shoes, but it’s also slightly stiffer. This is thanks to the combo of foams and gel in the midsole.

Both shoes are fairly flexible thanks to the flex grooves, but the Nimbus is ever so slightly stiffer. It’s not likely you’ll notice the difference, though.

The heel-to-toe drop on the Gel-Nimbus and the Gel-Cumulus men’s shoe is the same – 10mm.

The women’s models are a bit different. The Cumulus still has a 10mm drop, but the Plus 3 midsole in the Nimbus makes for a 13mm drop. That’s a pretty extreme drop. If you;ve never run in a shoe with a heel that high, make sure to thoroughly test the Nimbus out to make sure it’s your cup of tea.

The Nimbus is the heavier of the two shoes.

The Gel-Nimbus costs approximately $30 more than the Gel-Cumulus. If you’re after extreme plushness and cushioning, it’s really up to you whether or not this is an adequate price to pay for extra softness!

If you’re in the market for a new pair of ASICS, both the Gel-Nimbus and the Gel-Cumulus are good choices.

We recommend the Nimbus for runners who want a very plush, cushioned, and comfortable ride. They’d be ideal for heavier runners who are hard on their shoes, or for those who want extended comfort on long runs. But they’re also great for elite racers.

The Gel-Nimbus could be called the Mercedes Benz of ASICS shoes, for its luxury ride.

Conversely, if you’re simply looking for a comfortable everyday trainer that doesn’t need monster cushioning, the Cumulus should be quite all right for you.

We recommend it for those who have strong feet and who don’t need much extra support to fly down the road.

In keeping with the theme, the Cumulus could be called the reliable, faithful Toyota Corolla of the ASICS shoe world.

Whichever you decide to buy, they’re both packed with great ASICS technology and if you use them right, you’ll get plenty of happy miles out of them. Happy running! 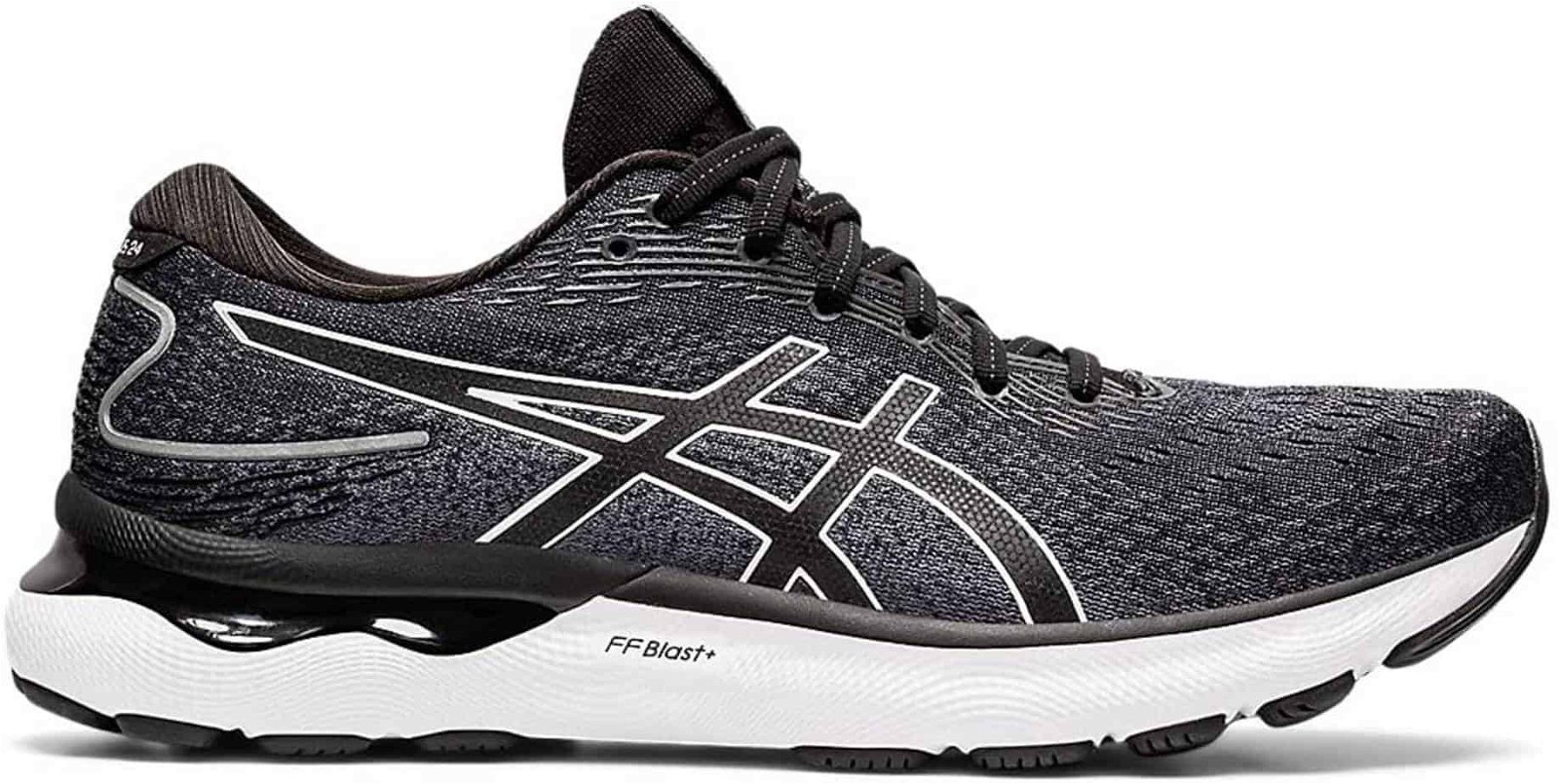 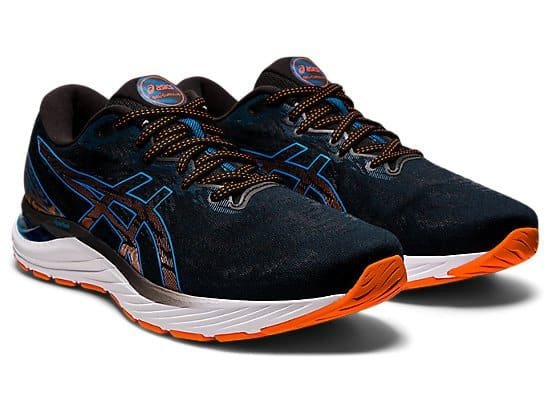