Home » Hydration » Are There Benefits Drinking Beer After A Run?

Are There Benefits Drinking Beer After A Run?

Popular culture seems to think that it’s a great idea to drink a beer after a run. From post-race beer tents to group run meet-ups at the bar to beer miles – beer and running seemingly go hand in hand.

But is it a good idea? In this article, we’ll cover all the pros and cons of drinking a post-run beer so that you’ll be able to figure out what is the best option for you! 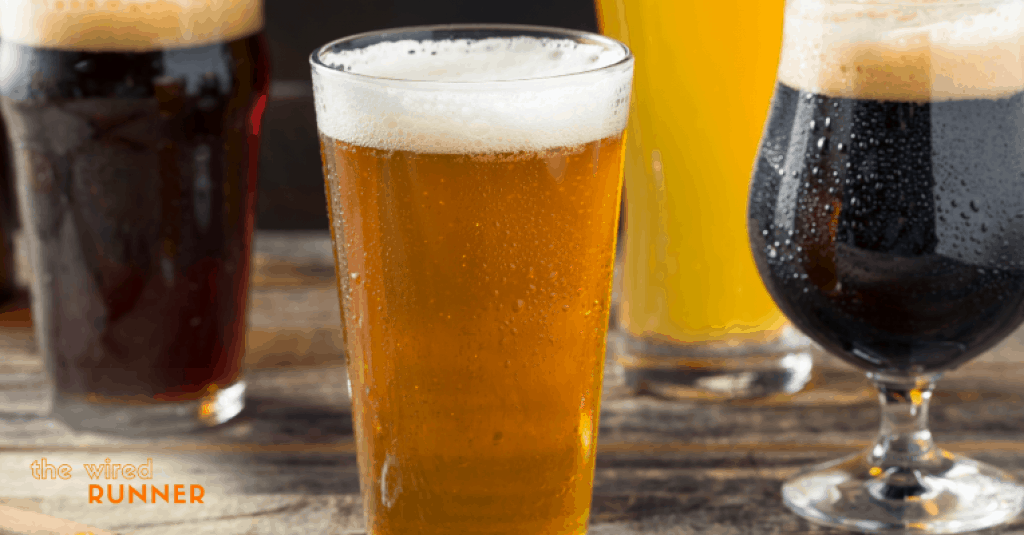 Benefits of a Post-Run Beer

Finishing a race is always a reason to celebrate, and if you’re over 21, alcohol (especially beer) in moderation can be a great way to do that. We all know that drinking that post-run beer will be refreshing and a perfect way to relax. It tastes great, too.

Beer gives your body some additional fluid and has some health benefits. Because beer has a lower alcoholic content and thus higher water content than other alcoholic beverages, it will help more with hydration.

Most American beers are pretty light and are more than 90 percent water. About a third of the calories come from carbs, which are helpful for runners. One study found that beer drunk in conjunction with water was just as effective as only drinking water for rehydrating and recovering. This study purportedly gave rise to the Beer Runner movement, a worldwide collective of local running groups that ends each run with a toast to the study’s author. (“Responsible running and responsible drinking in the interest of science! To the Professor!”). There is even a movie about it.

Similarly, beer contains antioxidants, which can help with recovery. They lower bad cholesterol and increase good cholesterol. Although red wine is the best for this, beer is also helpful for heart health.

When you drink beer, you also will be imbibing multiple B vitamins, which will help with the production of red blood cells and sleep hormones as well as an overall benefit to your metabolism.

And one study even suggested that beer can strengthen bones, which is especially true for women. In addition to helping to prevent bone loss, beer can also assist in the growth of new bone tissue.

Research shows that drinking occasionally is the best way to prevent death from any cause or cardiovascular disease. This means that if you train regularly and run a couple races every year, drinking the occasional post-run beer might be the way to stay in tip-top shape. The key word here: moderation. Just because one beer after a run shows benefits does not mean six beers after each run multiplies those benefits. Make sure your beer intake is part of a balanced, healthy, athletically-minded diet.

And I can’t think of a better way to celebrate and socialize with friends after a run—especially a big race—than with a beer. 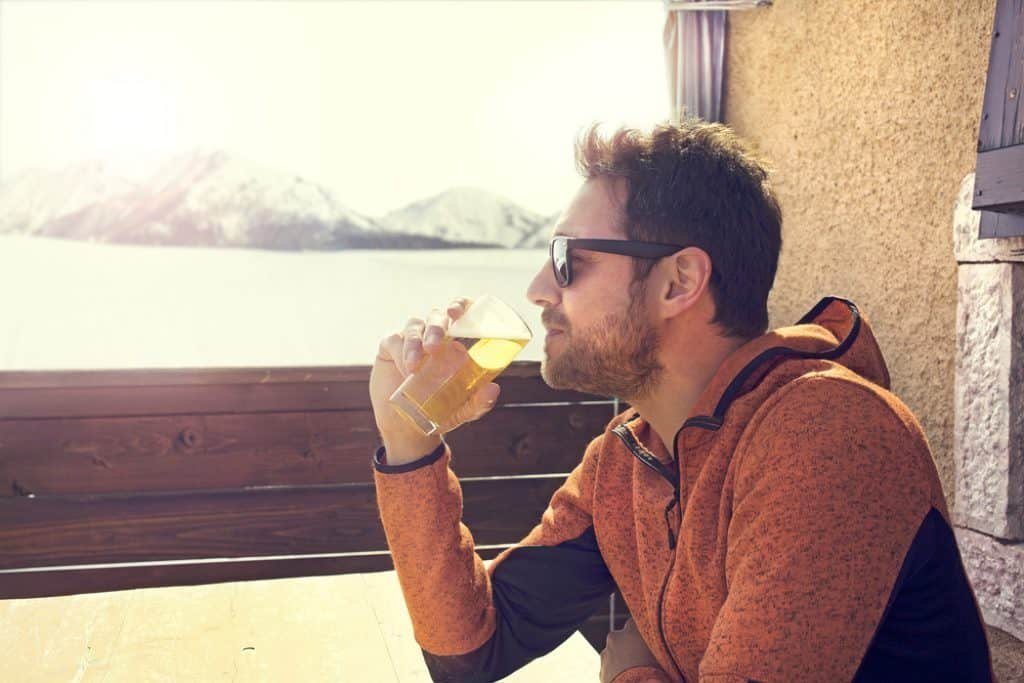 Reasons to Skip the Post-Run Beer

Although there are definitely some benefits to having a post-run beer, remember that there are some downsides as well. Alcohol is a diuretic, which means that it makes the kidneys release more water.

When you’re trying to rehydrate after a race, too much beer or alcohol will be counterproductive. This is especially true for high ABV (Alcohol By Volume) beers. Today’s craft beers are chock-full of flavor (and marketing), but they can also be twice as alcoholic. These stronger beers will dehydrate you much faster. So you’ll probably want to opt for lighter brews after running, even if you are a fan of craft beers.

And don’t forget to refuel in other ways. Within thirty minutes, you should try to get some protein in your system, and you should do that before downing a beer. Yes, beer also contains protein, but your refueling requires more than what’s in a pint.

Beer can also be high in calories. In general, the higher the alcohol content, the higher the calories. If you’re using running as a way to lose weight, you might be working against yourself by drinking a post-run beer, especially if it’s a regular occasion. A standard, 5% ABV beer will have about 120-150 calories. Some craft beers have shockingly more than that. Some companies want you to believe that light beers or low-carb beers are the athlete’s choice. But these beers might only be saving you 15-20 calories per serving.

Finally, remember that too much of a good thing isn’t a good thing anymore. If you want the benefits of beer, don’t overdo it. Beer is only beneficial in moderation, and it can be easy to overindulge, especially if you’re with friends.

If you’re someone who tends to overdo it with alcohol, you might want to hold off on the post-run beer just to give yourself time to recover and not jeopardize.

You shouldn’t feel guilty if you want to drink a beer or two after a run. Since women tend to be more lightweight, you might want to err on the side of one as a female and no more than two if you’re a man.

You won’t experience a significantly slower recovery if you make sure that you’re also drinking other fluids to rehydrate. In other words, you’ll be safe with one beer. But the benefits are minimal and you’ll be consuming a lot of calories, so it’s okay to skip the beer too.

In the end, as with many things about running, whether or not you drink a beer after a run is up to you. While it’s true that there are some benefits, you definitely don’t want to go overboard and outweigh the benefits you will receive by consuming too much.

Finally, remember that it’s important to drink responsibly and ensure that you have someone to drive you if you consume too much. Stay safe out there!