Altra Vs Hoka – Which Brand is Right for You

If you’re looking for a cushioned shoe or a zero-drop shoe, chances are that two popular brands—Altra and Hoka One One–have crossed your path.

While they both niche shoe brands that fit in the same broad category, these shoes are very different. So it’s important to know the key differences to see which one will be best for you.

This article will cover everything you need to know about the fit, price, and other considerations of Altra shoes versus Hoka shoes. 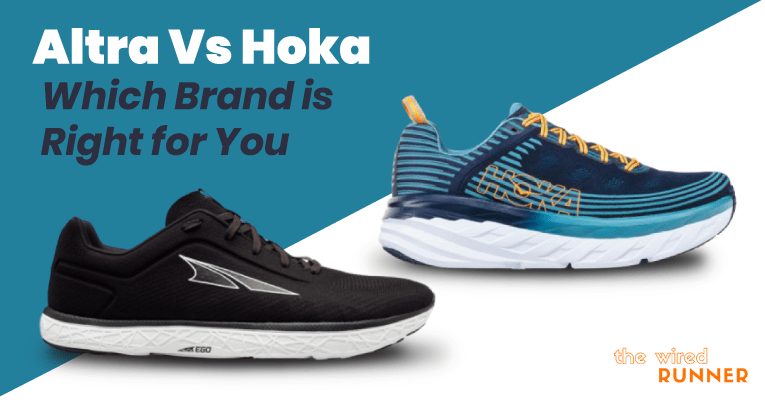 Altra makes running shoes designed to mirror barefoot running but with the cushioning and support of a standard running shoe. The most unique feature is that Altra shoes have a zero-drop, meaning that the heel and the forefoot are on the same level.

Altra also has a unique foot-shaped design. It’s wide in the front with a standard midfoot and heel. This allows your toes to move around as if you aren’t wearing running shoes. Altra takes this traditionally minimalist shoe model and adds cushioning and support so it’s more comfortable than a barefoot shoe.

Hoka One One is the exact opposite. They are known for having max cushioned shoes with a large stack height, meaning tons of soft, cushioned foam. All maximalist shoes have a stack height over 30mm, but Hoka One One has one of the highest.

Additionally, Hoka One One is known for having unique looking shoes that are in bright colors and feature a rocker bottom that is supposed to help propel you forward.

Altra shoes and Hoka One One shoes are constructed very differently, and the shape of your foot may be much more well-suited to one or the other. This section is where there is the greatest difference between Altra and Hoka shoes.

Hoka One One is traditionally known for having a smaller toe box, although there have been updates recently that have widened the toe box to make it more comfortable for more runners.

On the other hand, Altra is known for its distinctive FootShape toe box that is quite a bit wider than the typical toe box. It looks a little bit like clown shoes, but Altra toe boxes are known for being more comfortable because they allow your feet and toes to splay.

This in turn reduces irritation to bunions and hammertoes, so they are especially ideal for runners with these conditions or runners who have wider feet. Additionally, it helps to prevent Morton’s Neuroma, a condition common for women who wear shoes with narrow toe boxes.

Altra also adjusts for differences in men’s and women’s feet by making women’s shoes with a narrower heel and midfoot as well as a higher instep and longer arch.

In other words, Altra shoes have a female-specific midsole, cushioning, metatarsal positioning, upper, shape, and outsoles.

Hoka One One shoes are sometimes known for having high arches, which you can fix by wearing a different insole made for low arches. In fact, Hokas are known for being able to fit most orthotics if that’s a need that you have. 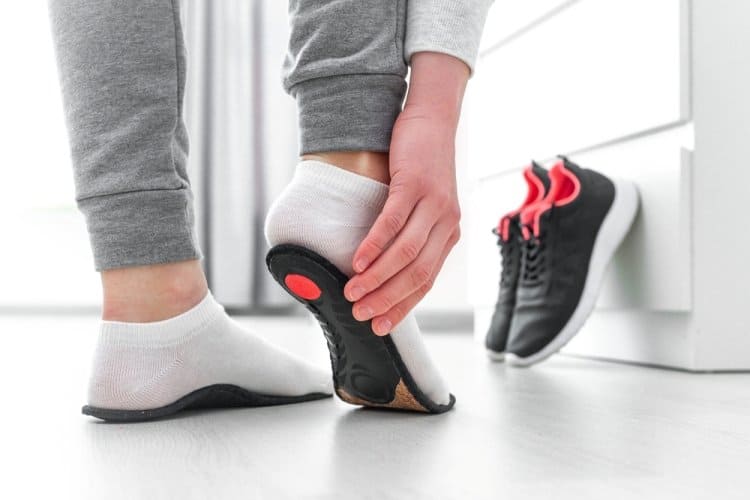 If you want an extra cushioned midsole, you’ll get that from Hoka One One shoes. The company calls their midoles the “bucket seat” because your foot is nestled in the shoes without any posts or guide rails.

For Hoka running shoes, their midsoles are where the cushioning in their “max cushion” design comes from.

Hoka One One has rubberized foam outsoles since their shoes are known for being foamy and cushiony. The rocker bottom also ensures that Hoka shoes have oversize outsoles, which can be challenging for some people to get used to.

Altra is specifically known for two outsoles: its TrailClaw outsole that has lug traction along with additional “claws” near the toe of the shoe, making it ideal for snowy, slick trail running, and its FootPod outsole known for responsiveness and flexibility, making it useful for all kinds of surfaces.

Altra shoes have a reputation for being less durable than other running shoes. While some people can get over 500 miles on them, there are a good number of runners who regularly get less than 300 miles. When you’re paying over $100 for a shoe, that’s not cheap.

You’ll be able to put miles on your Hoka One One shoes, but you may have difficulties if you try to use shoes that are designed for the trail on the road. Hoka shoes are known for being very foamy and cushiony and don’t hold up as well on the road if you don’t get road-specific ones.

Both Altra shoes and Hoka One One shoes are known for their cushioning, but Hokas tend to have more cushioning. Two times the cushioning found in most running shoes to be exact. That’s why they tend to be popular among master’s runners and anyone who needs a bit more of a cushion.

Altra also has cushioning, but it’s more like a traditional running shoe and doesn’t have as much as Hoka One One.

Because Hoka One One provides a more conventional fit and drop, they tend to be more popular than Altra for many runners, especially master’s runners who love the extra cushioning and rocker bottom.

Because they are zero-drop with some extra cushioning, Altras can take some time to get used to. If you don’t ease yourself into using them, you may find yourself with an injury because zero-drop shoes are different from other shoes.

Some runners find that they don’t get as many overuse injuries using zero-drop shoes, but for other runners, they seem more prone to injure themselves with zero-drop shoes like Altra. 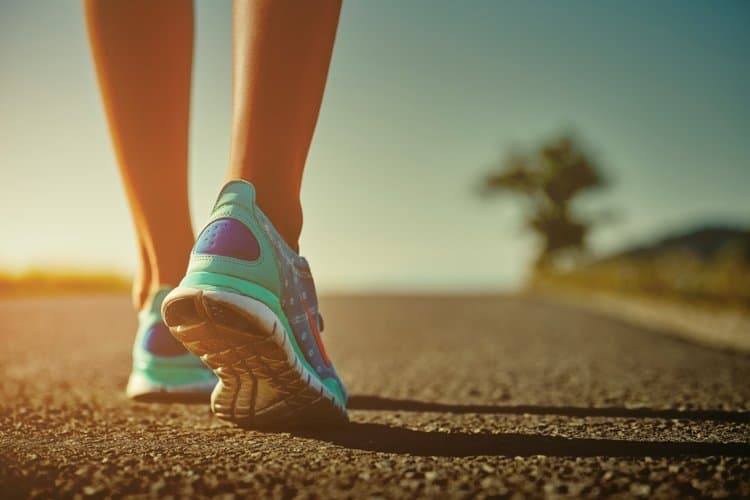 Altras are particularly popular for runners that have wide feet because most other running shoes—even ones that are marked wide—do not fit their feet. The wide toe box also appeals to anyone with issues like bunions.

Hoka One One shoes are definitely not cheap. The average price is around $150 although many runners report getting at least 500 miles while wearing Hoka shoes.

One runner figured out that if he could get Hokas online at $130 and could wear them for 500 miles, meaning that it cost just over 25 cents/mile.

By contrast, the average price for Altra shoes is around $120, which means that it’s slightly cheaper. However, as we mentioned above, you’re less likely to be able to get to 500 miles in them as compared to Hoka One One.

However, since Altra and Hoka One One shoes are such completely different shoes, it would be better to go on what’s the best shoe for you, rather than cost in this instance. If you want max cushioning and a high stack height, it’s worth the extra $30 for a pair of Hokas.

Altra shoes and Hoka One One shoes are both known for cushioning, but the similarities stop there. That’s why it’s especially important in this case to know what you want and need.

If you want a zero-drop shoe that is designed after barefoot running shoes, Altra’s the brand for you. If you want a wide toe box that gives your feet room to splay, Altra’s your brand. If you want a female-specific shoe, again, pick Altra.

In the end, like most things in running, it all comes down to personal preference and the design of your body, including your feet! People with wide feet will likely never feel comfortable in Hokas, but people who need more support from a shoe likely wouldn’t like Altras. It all comes down to you. 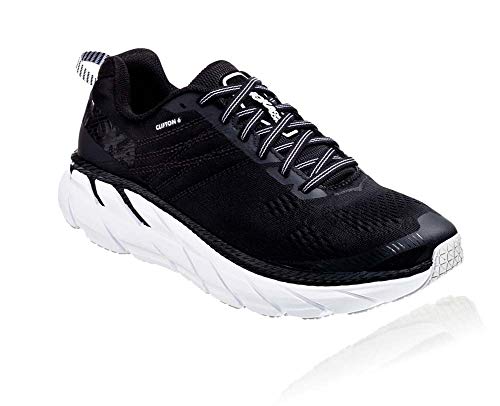 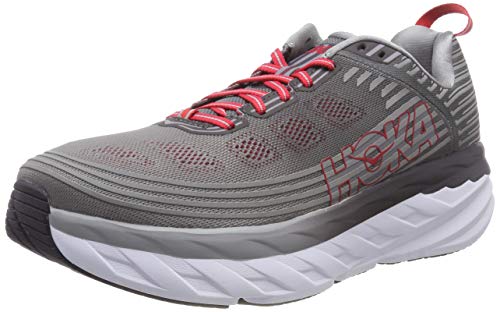 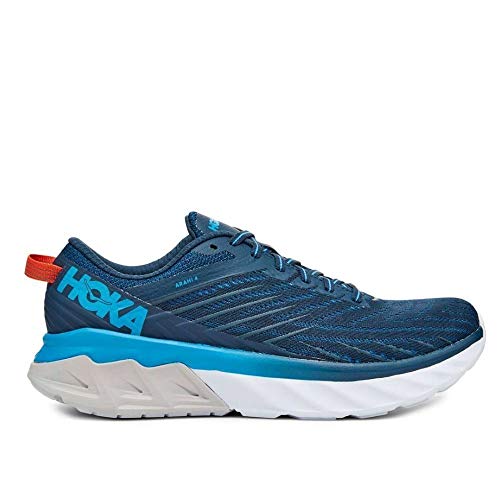