Unfortunately, it’s just a reality that women need to be more aware of safety when running than men. It’s annoying, and I wish it weren’t the case. I also don’t want to get hurt. Assaults are never the fault of the victim, but there are a handful of easy measures we women can take to protect ourselves.

This article will discuss safety tips for women when running so that you can focus on what matters most—running. It can be a nasty world out there, and it’s important to use common sense and stay alert to keep your runs enjoyable and safe. 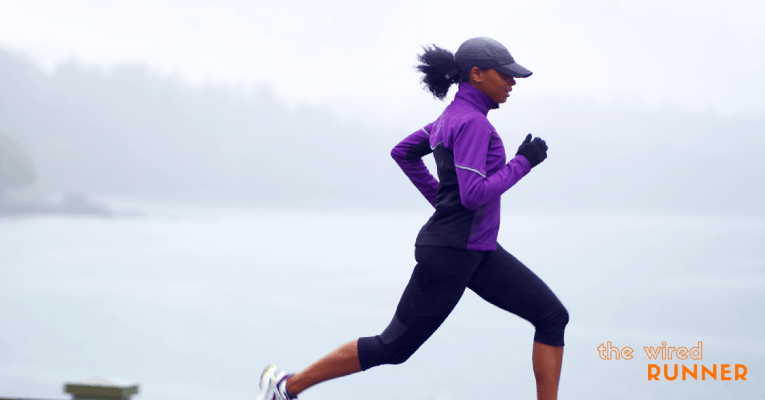 Obviously, the best way to stay safe is to be with someone else. You’ll have a witness and someone to help you fend off an attacker. And people will be less likely to target you if you’re with one or more other people.

Like your mom probably said to you growing up, “There’s safety in numbers.” You can avoid running alone in several ways.

One is joining a local running club. In addition to being safer, you’ll also get other benefits like camaraderie, the chance to learn from others, and a more enjoyable running experience.

Even if you live in a small town like I do, there are lots of options in a good running club. In the summer, there are early Saturday morning runs that tend to be longer and go a little faster. Then, later Saturday, another group does a shorter and slower run.

The club attracts a wide variety of people, from service members to moms to retirees. There’s always someone you can run with who is around your pace. Plus, it’s a great way to meet other runners you can run with outside of the club.

If you’re a bit intimidated by larger groups but would still prefer to not run alone, a running partner is a great option. If you’re new to running, you might be able to find a friend who wants to start running just like you.

Or if you’ve been running for a while, you might know runners who would be interested in running with you. The challenge of finding a running partner is that you want someone who lives nearby, has a similar schedule, and runs around your pace.

Otherwise, it could be a drag for you or your running partner if you guys aren’t equally matched or if one person isn’t willing to go slower and help train the other person.

Run with Your Dog

When you’re thinking about running partners, don’t forget your furry friend. If you happen to have a dog, this could be a great way for you to run alone but with extra protection. Just remember to ease your dog into running and be aware of what he is capable of based on his breed.

Obviously, you’ll have to get used to running with your dog as it’s going to be different than running sans animal. But I know several people who enjoy the companionship of running with their dogs as well as the added safety benefits.

2. Tips for Running Alone (If You Have To)

If you absolutely have to run alone, make sure that someone knows where you’re going and how long you expect to be gone. Use a safety device or bring your phone. Depending on your preference, you have a wide variety of options available to you.

Pepper spray is a great way to stay safe when you’re running because it’s compact. A small canister fits into your shorts or leggings pockets but will pack a powerful punch if used.

A word of advice: make sure you know how to operate the trigger, and which way it needs to be pointing, before going out with it. An assailant is not going to give you the time to read the instructions. But be careful where you practice using it.

I know one woman who fired pepper spray into a trash can inside a building just to make sure it was working. Then, it started irritating the eyes of everyone in the building, even far away from the trash can. The fire department had to be called because it was so smoky near the trash can. 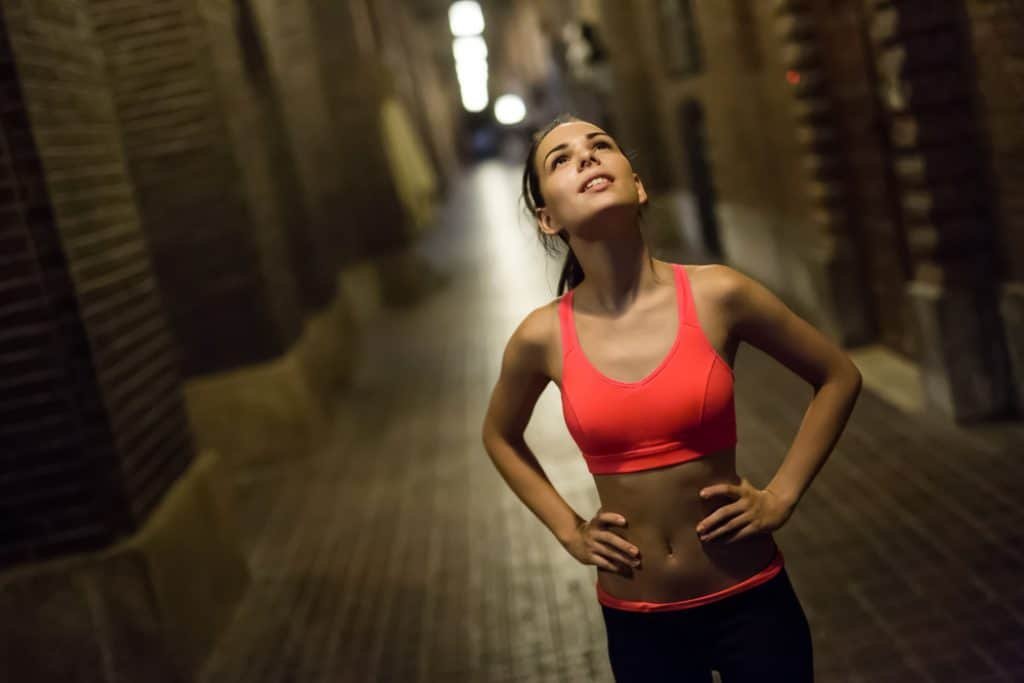 If you don’t feel comfortable carrying pepper spray, a quality safety alarm is a good alternative. It won’t irritate your attacker’s eyes like pepper spray, but it will emit an ear-piercing siren that can be heard up to 1,000 feet away.

Such a sound will likely stun your attacker, give you a chance to escape, and allow people nearby to know that there is an issue. An example of a safety alarm is the SABRE personal alarm used by hotels and consumers worldwide.

We all love our Garmins, but there’s another reason to love Garmins even more. Newer Garmins – like the Forerunner 45 and 245 – have an incident detection feature. Your phone will send your location to emergency contacts if there’s a problem.

You don’t have to have WiFi (although you will need your phone with you). Even if the GPS stops working due to connectivity, the feature will still send designated contacts a message with your last recorded location.

Finally, there’s always the tried and true method of running with your phone. Yes, phones can be bulky and awkward to carry no matter how you do it. Nonetheless, running with a phone will give you the option of calling for help if needed.

But you should be aware if you’re running in places with spotty service. A cell phone won’t provide much safety protection if you lose service.

3. Be Smart About Your Running Routes

Although attacks can happen at random, they typically occur after someone starts to see a pattern. So you need to be especially careful when formulating running routes and routines. This means even if you love running this 3-mile loop every morning at 6 am, you need to change it up.

As an upside, this gives you the opportunity to see more areas and train your muscles in just slightly different ways. They get used to a particular routine and route, and it’s good to mix things up every once in a while.

Although running routes far away from people are calming and enjoyable, you really want to avoid these. I only do trail runs when I have a running partner, but if you have to run in a desolate place, avoid doing it at night.

And, as always, tell your friends and family where you are running, and you may even consider letting them track you. Apps like Strava and some Garmin watches will let friends and family track you during your run. They’ll be able to know if something’s up and your route changes from what you originally said.

Finally, just trust your instincts. You should avoid places and people that don’t seem quite right. I did this when I was running on a well-marked and used pavement running/biking trail in the middle of the suburbs (which should have been totally safe).

There was a man who was sitting on one of the benches eyeing me as I was running. Unfortunately, there weren’t any other runners or bikers nearby at the time. I just picked up my pace and ran as far away from him while still staying on the path that I could. I kept up my speed until I was in sight of another runner. Thankfully, nothing happened.

As you’re planning your runs and what safety measures to use, don’t forget these other safety tips. 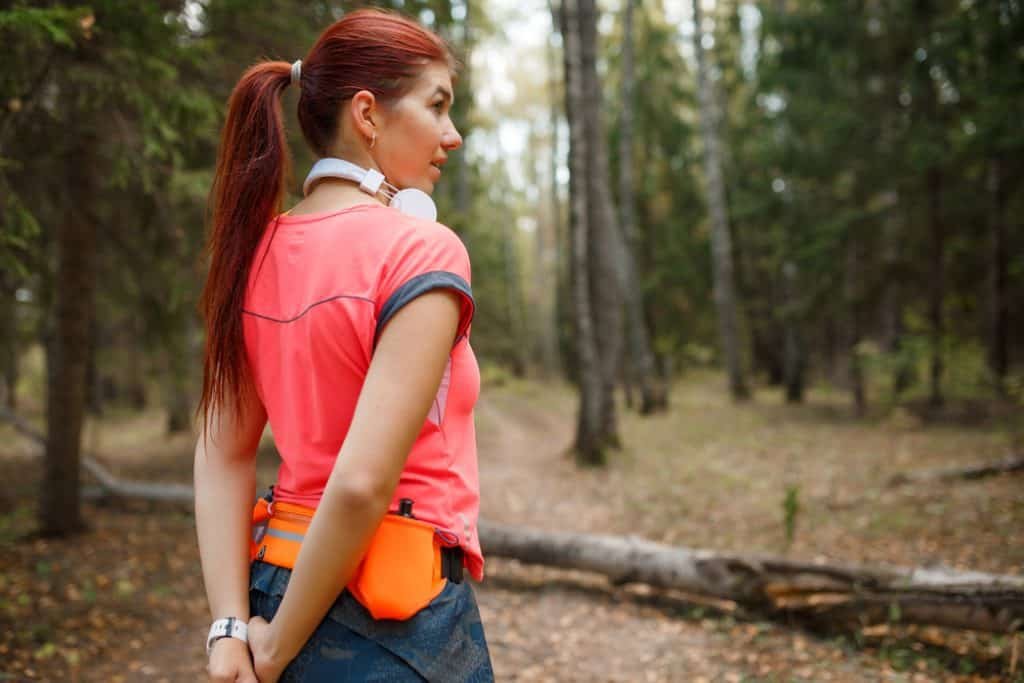 We all know that audiobooks, podcasts, and tunes can make the miles fly by, but they are not really safe when you’re running alone because they are closing off one of your senses.

If you have to run with headphones, use headphones that allow ambient noise so that you’re more aware and alert.

It’s always helpful to carry your identification with you (and maybe even some money). Road ID is a popular product line that provides safety identification tags of all different varieties, so find the one that best suits you.

Try to pick up on patterns. Is there a car that always seems to be there when you’re running? Take note of that. And use the need to stay safe as an excuse to take some self-defense classes. There are often some that are even free. Make sure that you’re prepared and ready.

Don’t forget that at the end of the day, safety is about reducing risk, not eliminating it. While it would be amazing to run in a world where there were never any safety concerns, that’s not our world. You’ll never be able to eliminate the risk of running, but you can make it so that running has the fewest risks possible for you.

In closing, stay safe out there! As a fellow female, I know the risks of running as a woman, especially alone, but I try to use common sense and do what I can to make running as safe as possible for me because running is worth it to me.

How to Choose a Running Light

Best Running Self Defense Products in 2022

Best Pepper Spray For Runners in 2022